A keen photographer and experienced guide, Danie started Namibia Tours & Safaris in 1990 guiding private expeditions into the far-flung reaches of the country. Now he uses his vast and intimate knowledge of the region to put together amazing trips along with the incredible team that is NTS. 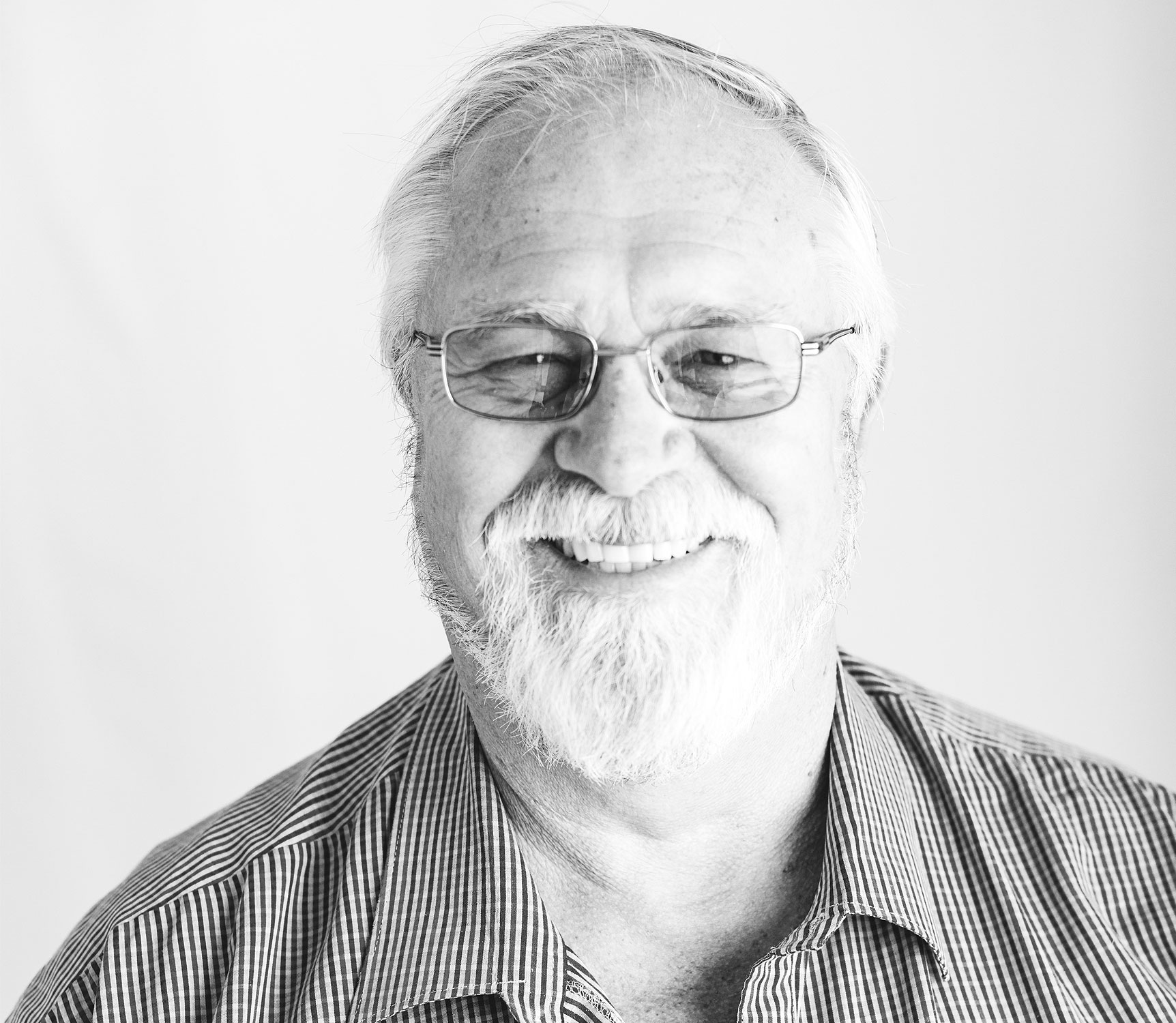 Danie was born at the Morgenster Mission Hospital, where his dad was a doctor. He grew up in Zimbabwe, hailing from a place called Masvingo, just a drag down the road from the Great Zimbabwe Ruins. His childhood was spent on a farm before relocating to town for his schooling years and it’s the farm life that sparked his initial love for the outdoors and being in nature.

Post school he served as a Patrol Officer for the British South Africa Police (BSAP) which was part obligatory national service, as well as a career. This was followed by a short stint at the Dairy Marketing Board before emigrating to South Africa where he ended up in Durban. Here he started as a line supervisor at SA Clothing LTD, then on to Cerebos Food Corporation as production manager before joining Budget Rent a Car.

BRAC for short, gave him the opportunity to work in Durban, Cape Town and Johannesburg before being transferred to Windhoek in what was then South West Africa. After holding the position as regional manager for 3 years in Windhoek, a transfer back to Johannesburg was planned but as Danie could not see himself back in the concrete jungle, he resigned and with years’ worth of experience combined with his passion for travel and love for the open road, Africa Adventure Safaris was born. This later became Africa Tours & Safaris and is now known as Namibia Tours & Safaris (or NTS as we call it).

From a large family, all in the medical profession, Danie is the only one who strayed from the trend and started a company doing what he loves most – Travelling. It was inevitable! “If you love what you do, you never have to work a day in your life” and this is Danie through and through. For him it’s a lifestyle and one he loves living.

By title he’s the head honcho, but to us, Danie (Oom Danie or Oom Daan) is the coolest boss, hands down the nicest guy you’ll ever meet and the heart of it all. His smile, great sense of humour and positive outlook on life are infectious. He’s passionate, caring and a loving father figure to all of us at NTS and what makes us all feel like more of a family than just colleagues. There’s something really special about NTS and that something starts with Danie himself.

If he’s not in the office, Danie’s most likely out on the road exploring (with his binoculars, bird book and camera at the ready), playing a round of golf, doing archery or simply enjoying a braai with a glass of wine (or two) in good company.

He’s travelled throughout Southern Africa as a guide for many years and since then many times for holiday, to explore and simply to take it all in. Danie has also travelled to Germany, Holland, Belgium, France and the UK doing marketing over the years, but prefers the bush and all that Southern Africa has to offer.

It all started in his youth, with the 3 week escapades they made each year to a cattle ranch in the southeast of Rhodesia, camping under a huge baobab tree next to the Sabi River. Danie still prefers to camp with laughs around the fire, a bed roll and a canopy of stars. It doesn’t get much better than that!

He’ll tell you we’re not just in the business of selling tours. We’re in the business of making dream holidays a reality. Much like how Danie lives his life, “It’s all about the journey to get there” and he says the same of travel in Namibia and Southern Africa at large.