Lake Oanob is in a 6,000ha nature reserve just outside Rehoboth, 100km south of Windhoek en route to the Kalahari. 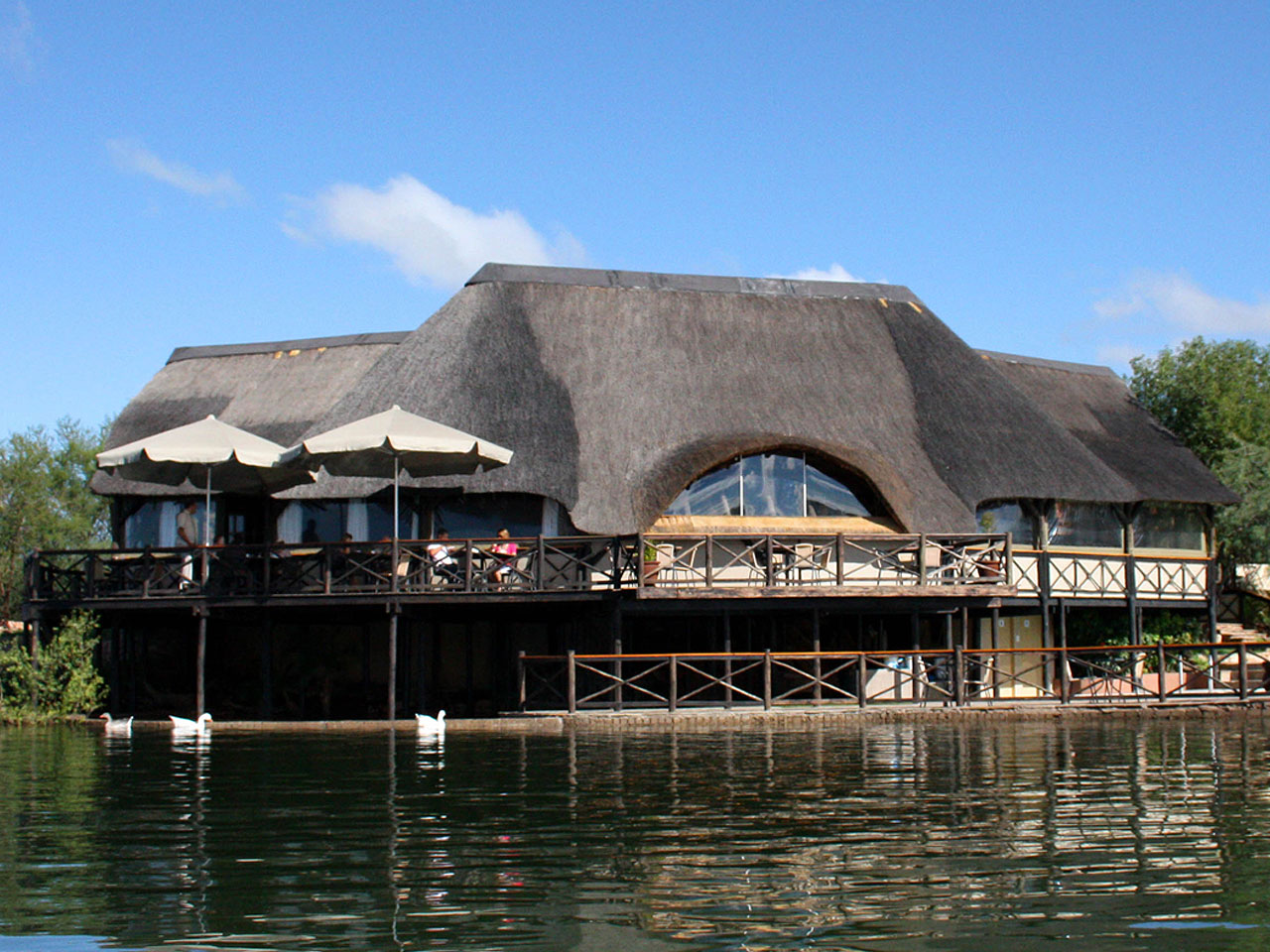 Science suggests water has a mood enhancing effect on us humans. Which is just as well seeing as we're surrounded by the stuff. We're the water world. The ocean planet. But it's not just the seas that rock but the lakes too and right here in the middle of the Hardap Region in Namibia is a real little gem. Lake Oanob. So, forget the flotation tank, come get your water therapy here. And check out the mountains whilst you're at it. Lush. Lovely. Life.

Oanob is a dam outside Rehoboth built in 1990. The resort opened in 1994. There's more than six thousand hectares to chill out in and it's only 100km south of Windhoek.

You can swim, fish, hike and water sport your days away. And when the dam's damn cold or err, empty, there's a pool. Just don't water ski in it. That would be hazardous.

You can visit for the day and even braai for dinner but you will have to book a camp site, although it is half price if you do that.

Or just stay over. There are chalets, en suite rooms and campsites.

The chalets are self-catering and they all have a view of the lake. Some have air con, some have air con in certain rooms only, so it's worth checking if that's important to you. There's a living and dining room and a fully equipped kitchen. Outside braai, satellite TV with 40 channels and a music system. Terrace too. Good for starry, starry nights.

The chalets come in different shapes and sizes. Pumbaa and Nala are similar. Both luxury chalets with 2 bedrooms for a maximum of four adults and two children. On the ground floor there's one bedroom with two single beds and a shower and toilet. Plus a sleeper couch for children. On the first floor there's an open plan bedroom with a double bed, as well as a shower and toilet and a small terrace.

Mufasa is a similar size luxury chalet with the difference being there's a bigger, queen size bed on the first floor.

Rafiki is the same luxury style but bigger as it has 3 bedrooms. It can accommodate up to a maximum of 6 adults and 2 children. The third bedroom has a double bed, shower and toilet which is accessible from outside the chalet, underneath the balcony.

There are also 6 chalets called Sarabi. Sarabi 1, 2, 3 etc These have 2 bedrooms and can house up to 4 people. There’s a bathroom with a shower and toilet plus an open air shower.

The twin and double rooms have a lake view from their own terrace. There's a shower and toilet, mini bar and tea & coffee facilities.

The Family Rooms can accommodate up to two adults and two children. Twin beds for the adults and twins for the children on the gallery level. They also have a lake view from their own terrace. Shower and toilet, mini bar and tea & coffee facilities.

The Special Suite is self catering. This has a double bed for adults and on the gallery two single beds for children plus one sleeper couch for children. It can accommodate two adults and four children. There is a small kitchenette with a microwave and a sitting room with TV. And a lake view on your own terrace. You also get an outside braai, mini bar, tea & coffee, and two showers, two toilets.

If you're camping there are 31 sites. Some are at the waterfront, some in the bush, some are suitable for big/small tents as well as cars with roof tents, camper and caravans. All the camping areas have a braai area, drinkable water point, power point and light. There's also an ablution area with hot water showers and toilets.

The camping spots differ in luxury, from a rough and ready sandy spot to grass-thatched lapas with wooden decks overlooking the dam. Some have trees for shade, some do not. Some have shade nets. Some even have private ablutions.

Bushman's Bay camp is an 8km drive from the resort. There's an open air shower, toilet, a 3x6 metre shade net, braai area and running water - but it's not drinking water. It's a wonderfully rustic spot with no power.

Swimming pool; restaurant - can be converted to a private function room for 40 people; Giraffe Pool Bar; lapa by the lake with space for 100 people; free internet; parking

This place is all about the water sports. Activities. Depending on the time of year they have what they call Aqua Cycles, tube rides, or you could go water skiing, canoeing or simply swim.

Take the ‘fish eagle tour’ on a floating pontoon. It has a bar, toilet and music facilities. It can accommodate up to 50 adults with full catering. Smaller groups of up to 6 can explore Oanob dam from a speed boat.

They do game drives too but don't expect a spectacular show of animals here. There's a sundowner drive available and it is a pleasant place to hike and bird spot.

You can get a permit and fish - catch and release - but you'll need your own equipment.

The Giraffe Pool Bar is heated which is rather excellent. Swimwear only here though, as it's a pool bar. 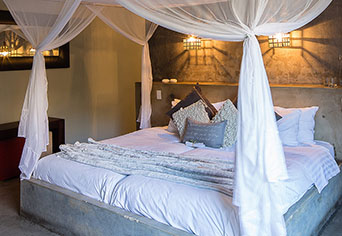 The designers of Olive Grove went wild with the industrial earthiness offered by the liberal use of screed, tonal minimalism and pseudo-rustic adornments. The result is one of quiet sophistication and a touch of elegance in a self-reflective guesthouse.
Our review of this property has not yet been added. Watch this space. We're working on it. 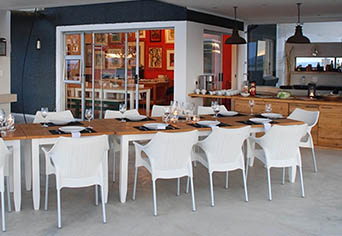 One of many modern guesthouses in Windhoek, the Villa Vista stands out for its personal service, great location, comfortable rooms and of course that vista.
Our review of this property has not yet been added. Watch this space. We're working on it.