Zimbabwe
Designated a UNESCO World Heritage Site, the Matobo National Park protects Zimbabwe's highest concentration of San rock art preserved for millennia in the countless caves and overhangs of the Matobo Hills. Easily one of the most scenic areas of the country. 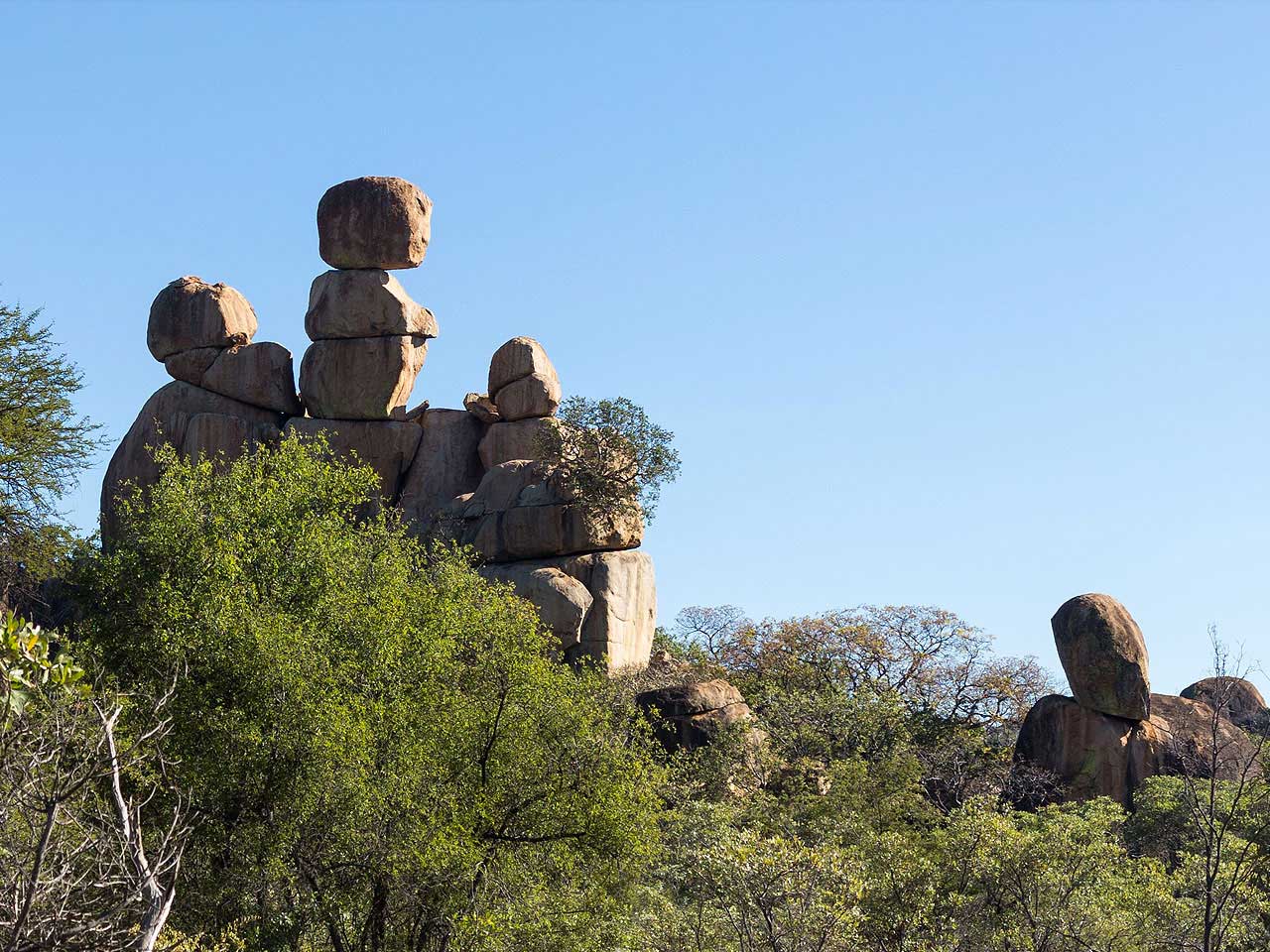 Of all the parks in Zimbabwe, Matobo National Park has to be one of the most scenic. This is a bold statement given the likes of Nyanga National Park in the Eastern Highlands and the shores of Lake Kariba and Matusadona.

But we'll stick by that statement on account of the endless stretch of granite outcrops, balancing rocks and aching serenity of the Matopos Hills after which the Matobo National Park got its name.

Thanks to feint outlines of rhinos in the ancient rock paintings, the park was re-stocked with black and white rhino both species have since thrived in the area. A walking rhino-tracking safari has to be one of the greatest wildlife adventures of a lifetime up there with gorilla trekking and the great migration.