Zimbabwe
The Eastern Highlands of Zimbabwe are a cool and refreshing contrast to the bristling bush of the Zambezi Valley and low lying southern regions. Mountains, rivers, waterfalls and lakes make this massive mountain range along the Zimbabwe-Mozambique border a favourite holiday destination. 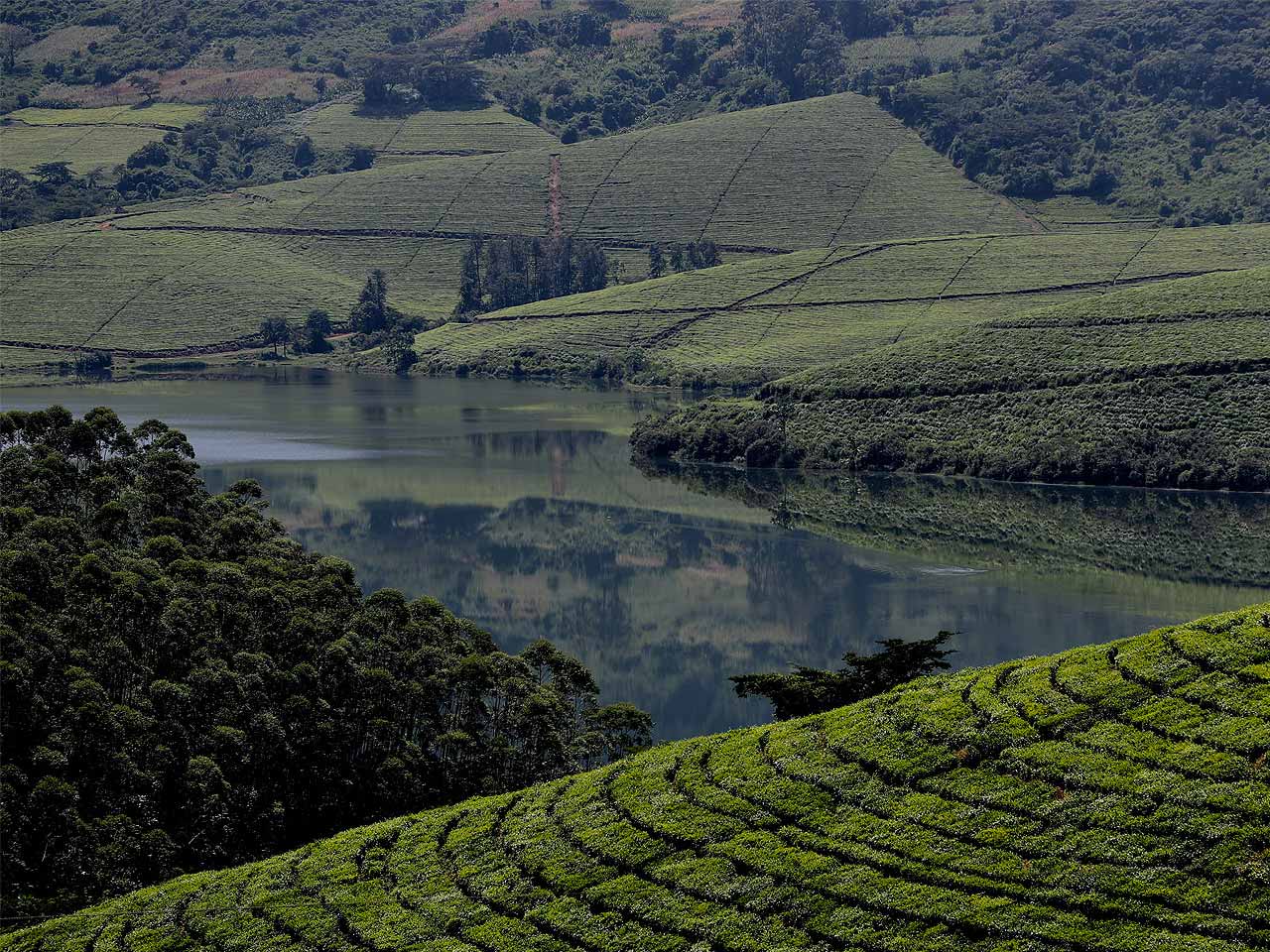 Forming a link in the off-centre spine of Africa, the Eastern Highlands Mountain Range effectively begins all the way down in the Western Cape of South Africa, continues up along the Drakensburg Mountains and onwards along the Grift Rift to the Ethiopian Highlands.

Altitude, latitude and its proximity to the Indian Ocean combine to provide a unique and arresting landscape in the Eastern Highlands of Zimbabwe. The altitude changes the vegetation and climate dramatically from the rest of southern Africa and being inside the tropics, the coldest it ever gets is, "let's make a roaring fire"; and moisture rising from the Indian Ocean turns this mountainous region into a lush watershed of abundance.

The northern part of the Eastern Highlands has massive rolling hills and mountains covered with miombo woodlands and grassy valleys that support a good population of wildlife in the Nyanga National Park. Also inside the park is Mt. Inyangani, Zimbabwe's highest peak and a not-too-strenuous walk for a sensational view as your reward.

Adjoining Nyanga Park is a small park named after the Mutarazi Falls, which, plunging 762m down a sheer cliff, are the second highest falls in Africa and among the highest in the world. The view into the Honde Valley below and the walk along the cliff's edge are worth at least 8GB on your camera (by 2010 standards that is).

Moving south, the altitude drops into the Vumba Forest and mountains where the rainfall and mist-shrouded peaks create an intimate forest perfect for scenic hikes and and drives.

The Chimanimani National Park is, if anything, more dramatic than the gentle mountains to the north. This area speaks in the jagged peaks and deeply-cut river gorges that are the mother tongue of adventure hikers and nature lovers. The Bridal Veil Falls paint a beautiful picture among too many to mention.

The Eastern Highlands, being a unique habitat, has many rare species of plants and animals and is one of only nine endemic bird areas in southern Africa. Wildlife is not as prolific as in the big game parks but the encounters you do have are all the more intimate for it.

What to do in the Eastern Highlands depends on your whim and your vigour (and how much time you've given yourself):

Organised and independent activities abound in the Eastern Highlands so it's best to talk with your Travel Expert to decide how best to spend your time in "Little Scotland Without the Midges or Bad Weather".