The name Opuwo was given by the commissioner of Ondangwa when he came to build an office here. He asked local headmen to give him some land. They obliged by giving him a small plot. When they tried to give him more, Mr. Hahn said, "Opuwo", "it's enough for me". And that, dear friends, is how they say the story goes. 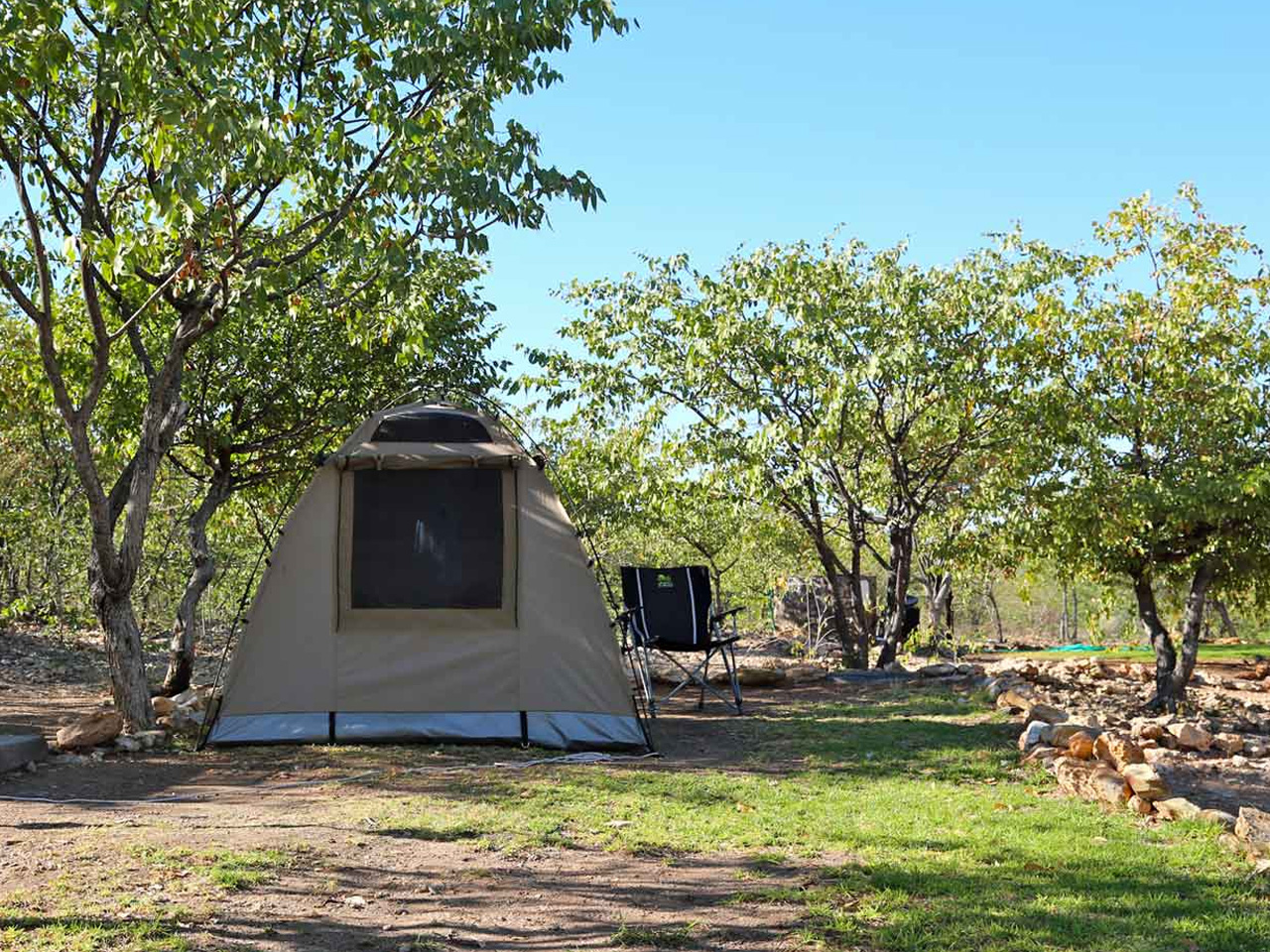 You'll be camping in the grounds of Opuwo Country Lodge. This hotel was opened by President Hifikepunye Pohamba in August 2005. It's just up the hill from Opuwo and close to Kaoko Otavi, Epupa Falls and Swartbooisdrift.

You're in the Kaokoveld, a huge, dry region of north east Namibia. Here, plants and animals have adapted to the arid conditions. Desert elephants wander the dry river beds. As do lions. Meanwhile, baobab trees grow.

There aren't really any tourist attractions in Opuwo town but seeing as it's the only settlement in the area, this is the place to buy petrol and stock up on groceries.

You'll get a good view of the town from the campsites. You'll be high up so watching the sun rise and set from your sleeping bag should be pretty special. Spin round and enjoy your 360 degree view. Not in your bag, you'll get into an awful twist. Come on, get out. Right. Ok? Good. By the way, you're facing northwest.

The sites are approximately 500m from the entrance of the hotel and have 220V electricity, 24 hours a day. The ablutions have hot and cold water, plus there's a braai area and washing up facilities.

Opuwo is seen as the gateway to Namibia's Kaokoveld region. Consequently, you're in a good position to explore.

Epupa Falls, Kaoko Otavi, Ruacana Falls, Swartbooisdrift and Kunene River, should all be on your list.

You can go game viewing at the nearby Uukwaluudhi Reserve, or drive along Van Zyl's Pass. The Swartbooisdrift route is also nearby.

Go on a guided trip to a Himba village. They're the forefathers of the modern Herero and entered northern Namibia from Angola during the 15th and 16th century. The Himba are independent people, the last nomads of Namibia. You can learn about their culture and both the benefits and challenges of western civilisation for them. Plus, learn about their food, craftsmanship and the building of clay huts. The Ovahimba Living Museum acts as a school for guests and for the children of their own community - at the same time it generates an income for them too.

Fancy seeing Epupa Falls? You can go on a guided trip. The best time to visit is just after the rains when the spray is most noticeable. The Kunene is the border river between Namibia and Angola, and close to the village of Epupa. As it plummets 40 metres down a deep gorge it becomes the falls. In the Herero language Epupa means "falling water". They're not kidding... By the way, don't go swimming in Kunene River, it's home to lots of crocs.

If you're driving yourself, you will need a 4x4. And the, ahem, 'road' along the river connecting Epupa and Swartbooisdrift is pretty fruity. It's only 90km but you should set aside at least a whole day's driving... and be aware that some 'road construction' may have to be done manually to get through. Eek.

At Ruacana there's another waterfall. Here, the Kunene River crashes down 120 metres into a 700 metre wide gorge. At the lower course of the river you can book white water rafting and canoe rides, but don't swim! Remember them crocs... snap, snap.

Or go further afield and visit the Skeleton Coast. This 500km long coastal stretch in Namibia is a hostile but fascinating area. Here, the cold and unpredictable Benguela Current of the Atlantic Ocean clashes with the dune and desert landscape of north-western Namibia. The name 'Skeleton Coast' derived from the huge numbers of stranded whales that died here. Numerous ships finished their days here too, thanks to the thick fog, rough sea, unpredictable currents and stormy winds. The sailors who made it had little chance of survival and often died of thirst. Damn. Not fun.

Quick, back to the campsite to enjoy some gentle, marvellous peace. Lie outside your tent and see how many of the region's 240 bird species you can spot. There's one. And there. Over there. Errr... THERE! Yes. Now relax. Zzzzzz. 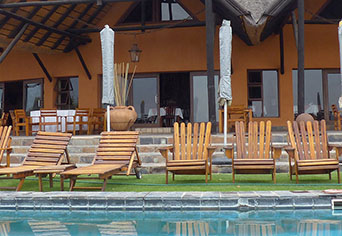 The Masai-like Himba people of Kaokoland have retained their traditional semi-nomadic lifestyle. Their land is harsh, inhospitable and fascinating, creating a delicate balance between survival and obliteration.
Our review of this property has not yet been added. Watch this space. We're working on it. 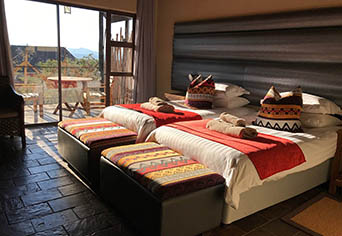 Opuwo is the largest centre in the sparsely populated northern reaches of Namibia and the only stretch of paved road for miles around. The fascinating semi-nomadic Himba people live here and the region is a hotspot for many rare and endemic birds.
Our review of this property has not yet been added. Watch this space. We're working on it. 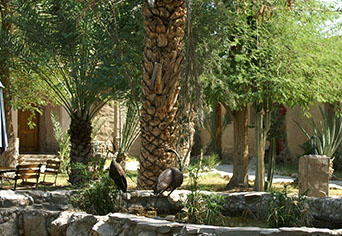 Fancy a fort as a base camp? The one at Sesfontein was built in 1896 by Imperial Germany and abandoned in 1914. The restored fort is now a charming and rather eclectic hotel, turrets and all.
Our review of this property has not yet been added. Watch this space. We're working on it.