Remote, steep, spectacular. High on the hills in the middle of nowhere, imagine you're a bateleur eagle in a mopane tree, steeling glances at the waterhole below. By the way, you have to be 6 or older so pre-schoolers should stop reading now. 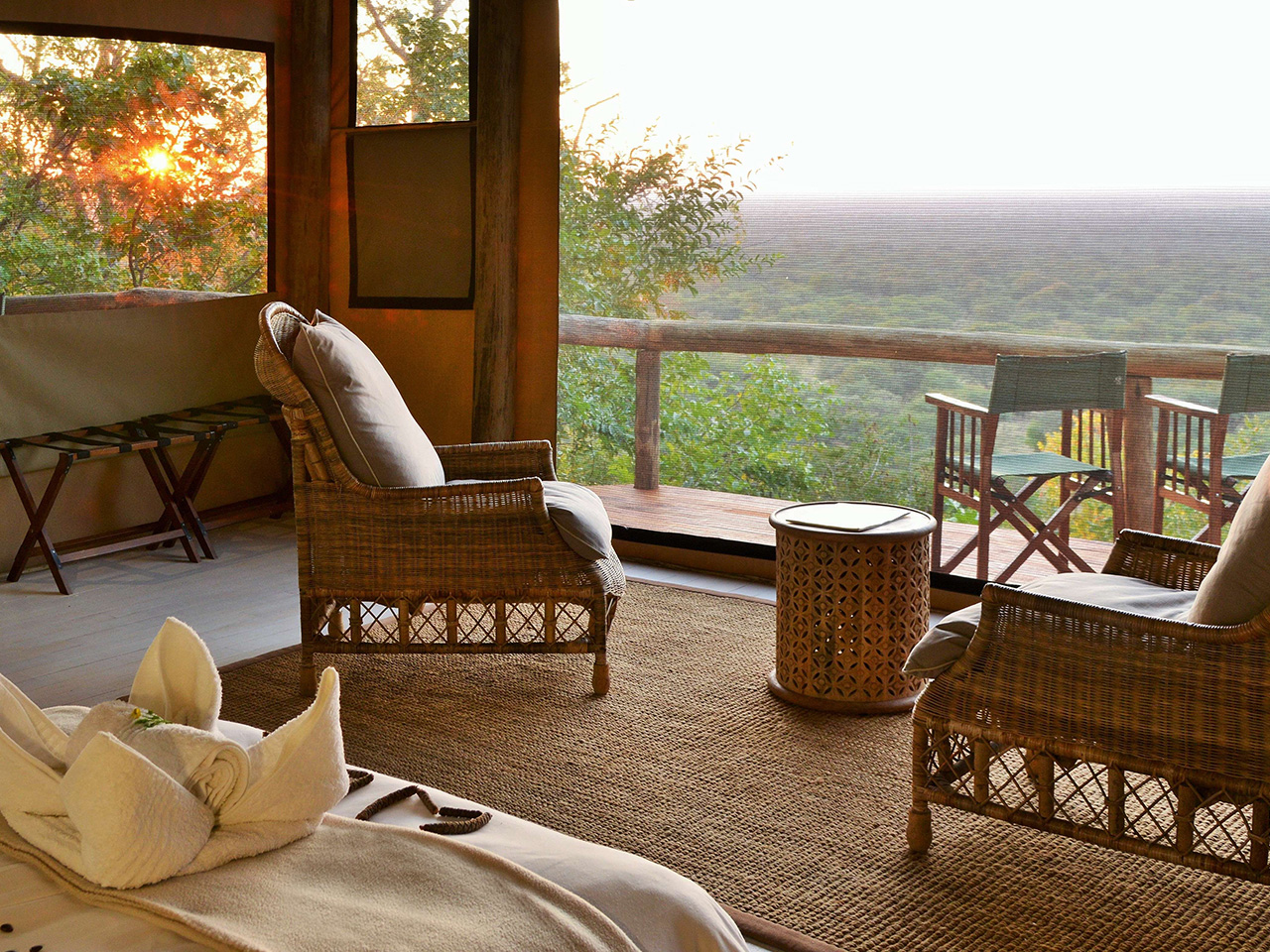 On the eastern side of the Ghoha Hills over looking the Savuti Marshes, the lodge is in the Chobe National Park. Approximately 150km south west of Kasane, 230km north east of Maun and a 6 hour drive from Savute Airstrip, did we mention this place is remote?

It's also very different to the more water logged areas in Botswana. Both bleak and desert like, lush and green. It's largely due to the Savuti Channel which has a habit of drying up and flowing again. For no apparent reason. Savuti means "Unpredictable - something that cannot be explained" a romantic notion kiboshed by scientists who reckon it's actually down to pesky tectonic plates, fiddling around. Those dead Camel thorn trees? They didn't die because of drought they drowned in a sudden flood. But don't worry, it's all very slow paced. The last dry spell went on for 30 years. But the water is back and the wildlife is lurking. In vast numbers. So much so that the area's said to have one of the highest concentrations of animals in Africa.

11 large, luxury tents which can house 26 guests. 9 twin or super kings and 2 family tent with adjoining rooms - the main one's got the king sized bed and the ensuite, so that one's got your name on it - put the kids in the one with two singles. They're all open and airy with a roof fan and a standing one. A couple are up a rocky path so if you have difficulty walking go for one of the others. Most are pretty close together though so there's a real sense of intimacy. Everyone gets a private viewing deck overlooking the waterhole. It's eco friendly and runs entirely on solar power. If you want to use a hair dryer they turn a generator on briefly in the evening so you should have time to get bouffed for dinner. There's hot water in abundance and a torch on your desk as it can get dark and atmospheric. They also provide insect repellent which gives you a clue to the more irritating resident wildlife. Mosquito nets, a safe and dressing gowns. How marvellous. An American newspaper once wrote that such a garment would give any man reason for elation, and despite that being Pensylvania in the 1900s we couldn't agree more. Can't promise a smoking jacket but they do throw in slippers and a hot thermos at night.

The main lodge has a lounge area, bar and curio shop. There's a library and wifi but it can be erratic seeing as you're a long way from home.

There's a rustic swimming pool with fantastic views and a traditional fire boma - it's here that the staff go crazy showcasing their singing and dancing. The waterhole attracts elephants, giraffe, hyena and the Ghoha pride of lions who roam between the lodge and waterhole. All food including biscuits, bread, cakes and scones are home cooked and they cater for various diets - veggie, lacto, avo, gluten free.

Public charging station for camera etc - no mains voltage in the tents. Plus there's spa and gym.

Morning & afternoon game drives in open 4 x 4 safari vehicles and, as the roads are private, you can drive for hours without coming across another car. You'll often get a waft of the fragrant bitter bush as you drive along though. The san use the branches for their arrows, you might want to grab a clump to hurl at the mozzies. It can get cold too so hot water bottles and blankets are provided but pack a woolly hat and gloves. Africa really is a place of extremes.

This area is well known for the annual migration of zebras and there are full day excursions to the Savuti Marsh visiting the Baobab Theatre, bushman rock paintings & Pimple Hills, including a picnic lunch (min 2 night stay).

Birdwatching - there are over 450 species here and stargazing - they'll even whip out a telescope for you. The ever present sundowner drives are on offer as are private dinners. If you fancy proposing. Or need to admit you've sold the cat. 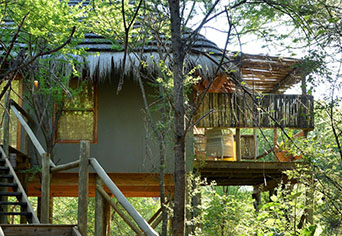 Chobe Bakwena Lodge sits right on the edge of the Chobe River just before it joins the Zambezi en route to Victoria Falls; where Botswana, Namibia, Zambia and Zimbabwe meet; where mighty game reserves surround you; where untouched African bush disappears into yet another sensational sunset.
Our review of this property has not yet been added. Watch this space. We're working on it. 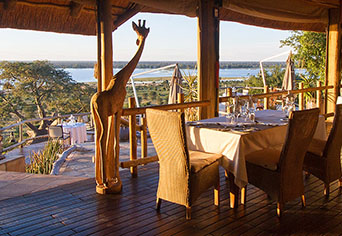 Ngoma Safari Lodge feels like you're a million miles from anywhere but in fact you're less than an hour from Kasane International Airport in Botswana's northeast corner. The lodge is built high on a ridge above the Chobe River.
Our review of this property has not yet been added. Watch this space. We're working on it. 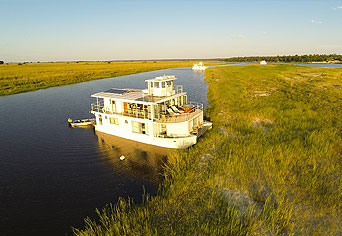 There are 3 Chobe Princess Houseboats. They’re not big, in fact if there’s a group of you, book it out and have your own floating villa. They take you down the river, just kilometres from the meeting point of Botswana, Namibia, Zambia and Zimbabwe. You don’t travel far, you travel chilled. Although you still go 50km along the Chobe River. Breathe in that African bush.
Our review of this property has not yet been added. Watch this space. We're working on it.