Botswana
Maun. A town in northern Botswana on the banks of Thamalakane River. To the San people, the place of short reeds. To today’s tourists, the gateway to the Okavango Delta, Moremi Game Reserve and Chobe river. 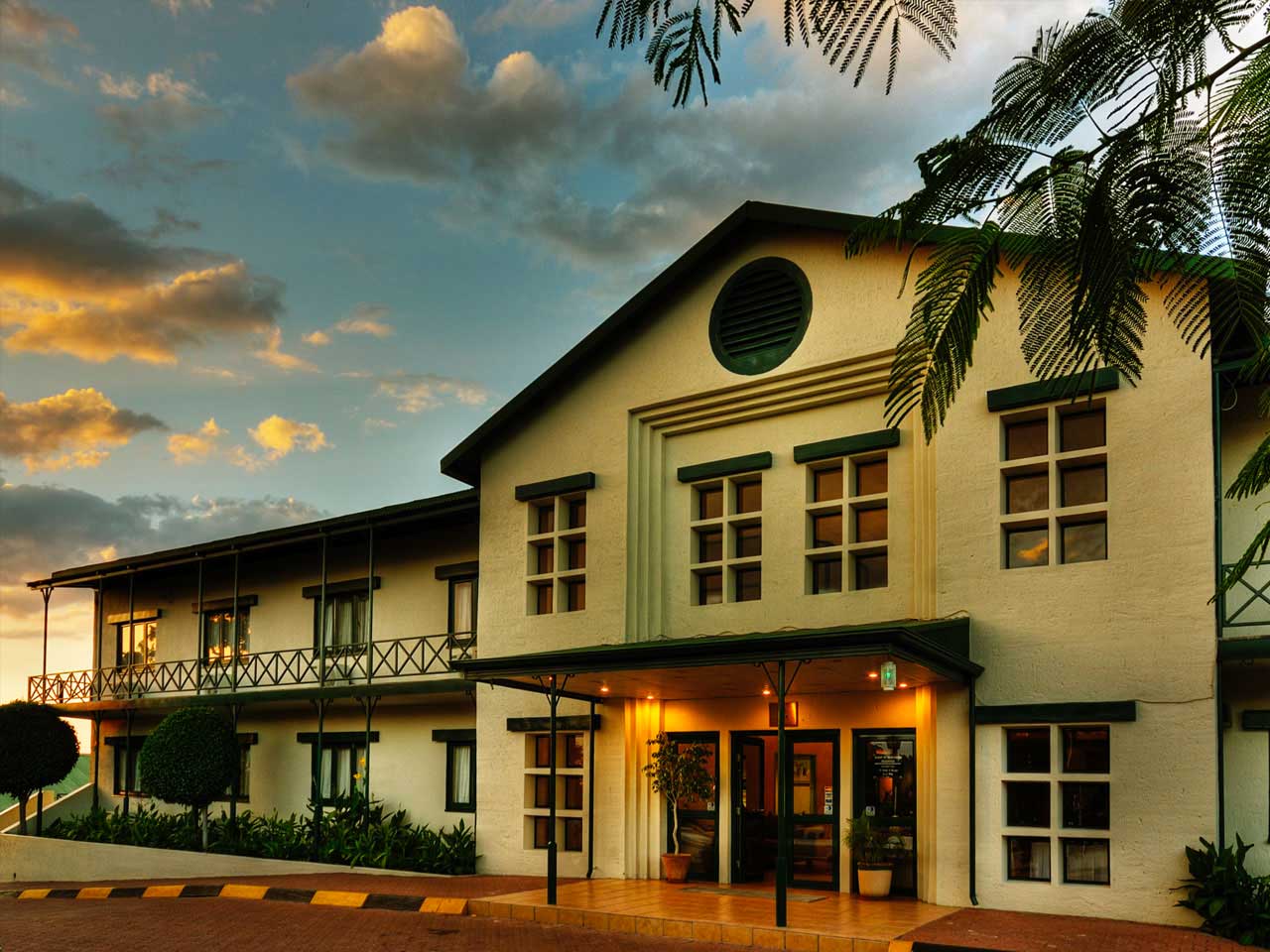 It's a tiny outpost really, halfway between the juicy delta and the parched salt pans. This is Botswana’s tourism capital.

Botswana is popular with the rich and famous because of the privacy and isolation. Maun itself has been hurled onto the society map with Prince Harry visiting in his role as patron of the Rhino Conservation Botswana. Red lechwe can be seen grazing next to local donkeys, goats and cattle. Animal royalty.

So if you’re in town head to the Nhabe Museum. Nhabe is the Bushman name for the sound of cattle pulling their feet through mud. No explanation as to why it’s named after this squelch. Still. It has a collection of artefacts which include musical instruments and hunting tools. It’s small, has an art gallery section and outlines the natural history and culture of the Ovakango area. It’s in an old building built by the British military in 1939.

You could also visit Maun Game Reserve. It’s a little patch of woodland which follows the Thamalakane riverbank upstream. There are various walking trails. Head for the original 'Place of Reeds' from which the town gets it’s name.

And if you want to learn more about local people you can explore Herero villages west of Maun. The Herero hail from Namibia and still wear traditional, brightly coloured, voluminous, Victorian style dresses and head wraps.

Join a boat cruise if the water is high enough. Take a scenic flight over the Okavango Delta. There's also a crocodile farm 12 km south of Maun and an ostrich farm 9 km from the town on Moremi Road.

Or go explore further. The Okavango Delta, Chobe National Park and the salty Makgadikgadi Pans are your oyster.

Of course the big draw and pretty much Maun's raison d'être is the Okavango, one of the largest inland deltas in the world. A unique ecosystem. Wildlife come from all over the Kalahari to go on safari. Oh no, that's you. But they do enjoy the bounty. Ironically, it's when it's dry in winter that the waters swell to more than three times their normal levels. This available slurp calls the animals. Big game in big numbers. Keep counting. Buffalo, giraffe, lion, hippo. Hyena too. And the endangered African wild dog. To put it mildly, there are stacks of beasts. Everywhere. Botswana's annual zebra and wildebeest migration is wild. In all senses of the word. And it all starts here, in the Okavango Delta. A huge stampede second only to the Serengeti's Great Migration. And yet, there are far fewer tourists here than in Kenya and Tanzania. Yes.

It's a World Heritage area and an ecological hotspot. Crocodiles love it. Hippos think it's great. At night, you can hear the lion kings roar. The Moremi Game Reserve is here and home to the most endangered species of large mammals including cheetah, white rhinoceros and black rhinoceros. It's about an hour from Maun.

If birds are your thing. Get ready. This place is a darling. There are over 500 recorded species, from water birds to forest dwellers. In the rainy months they go wild with joy. Singing their hearts out. As you will. And you can do it all on the river. The Okavango Delta is one of very few places where you can go on a safari in a dug-out canoe. These carved tree trunks are called mekoro. Long and narrow and poled by local guides.

Chobe. The River, the National Park. Both these are likely to lure you if you are residing in Maun. You'll need to drive about 600km down a tarred road. This is part of the Trans-Kalahri Highway. You'll drive across the vast flatlands of the Makgadikadi. Get petrol. Or diesel. Or whatever you need before you leave. Biltong is never a bad idea. Nor is coffee. But driving at night is always a bad idea. Night time animals go out on the razzle dazzle. You may not live to regret it. Ouch. The drenched Chobe River forms the northern boundary of Chobe National Park.

Hard to imagine but it begins life as a small mountain spring in Angola. Through the Kalahari sands it weaves before reaching Botswana where it's name becomes Chobe. Eventually it meets the mighty Zambezi and then hurls itself off Victoria Falls. Oh. Although a spectacular end for a little spring.

The river at the national park attracts the game. Huge herds of elephant and buffalo cross, dodging the many hippo and crocodile. Swimming beneath their feet are 90 species of fish.

And there on the banks of the river is Chobe National Park. Home to over 120 000 elephant. And big cats too. The park is said to be one of the best places in Africa to see them. Lion, leopard, cheetah. Their numbers all on the rise.

It became Botswana's first national park in 1968 and is now the third largest. There are four areas. Each with unique geographical landscapes. The Savuti channel, Linyanti wetlands, Serondella and Nogatsaa.

Name drop? Ok. Hollywood love birds Elizabeth Taylor and Richard Burton thought it looked so nice they booked it for their honeymoon in 1975. Not sure that's a good omen. Seeing as they divorced a year later. For the second time. Maybe it was Lizzie's green dress which was the bad idea? Or Richie's red shirt? Google it.

One of the world's largest salt flats. When it's dry get your space goggles on. This place is bright. And white. Like salt. Because it is salt. And weirdly the place is popular with animals. From March to October there are zebra, wildebeest, springbok, flamingo, antelope and hippo. They don't eat the salt but they do like the little patches of grass that grow in the wet season. Perhaps it tastes a bit salty, making it extra tasty? They also like the pools and lakes which appear as the Boteti River dries up.

You can learn about the area's history and culture and how people have lived, hunted and travelled here for centuries. Stone tools and artefacts have been found all over the park and some are thought to be 500,000 years old.

The trees are amazing too. Full of facts and history lessons too. Ancient, ancient baobab used as navigation beacons and notice boards for centuries. Many have inscriptions.  Put the rubbish out, John is one. Dated 2,000 years ago. Wonder whether he did? Ok, not quite but probably not far off. You see, even when you're living in ancient times there are times when you need to leave a post-it note.