Botswana
Savuti is one of the wildest regions in Africa. It occupies the remote western corner of Chobe National Park. Famed for lion, elephant and its annual zebra migration. You’ll see few tourists, it’s remote. Botswana prides itself on low impact tourism. 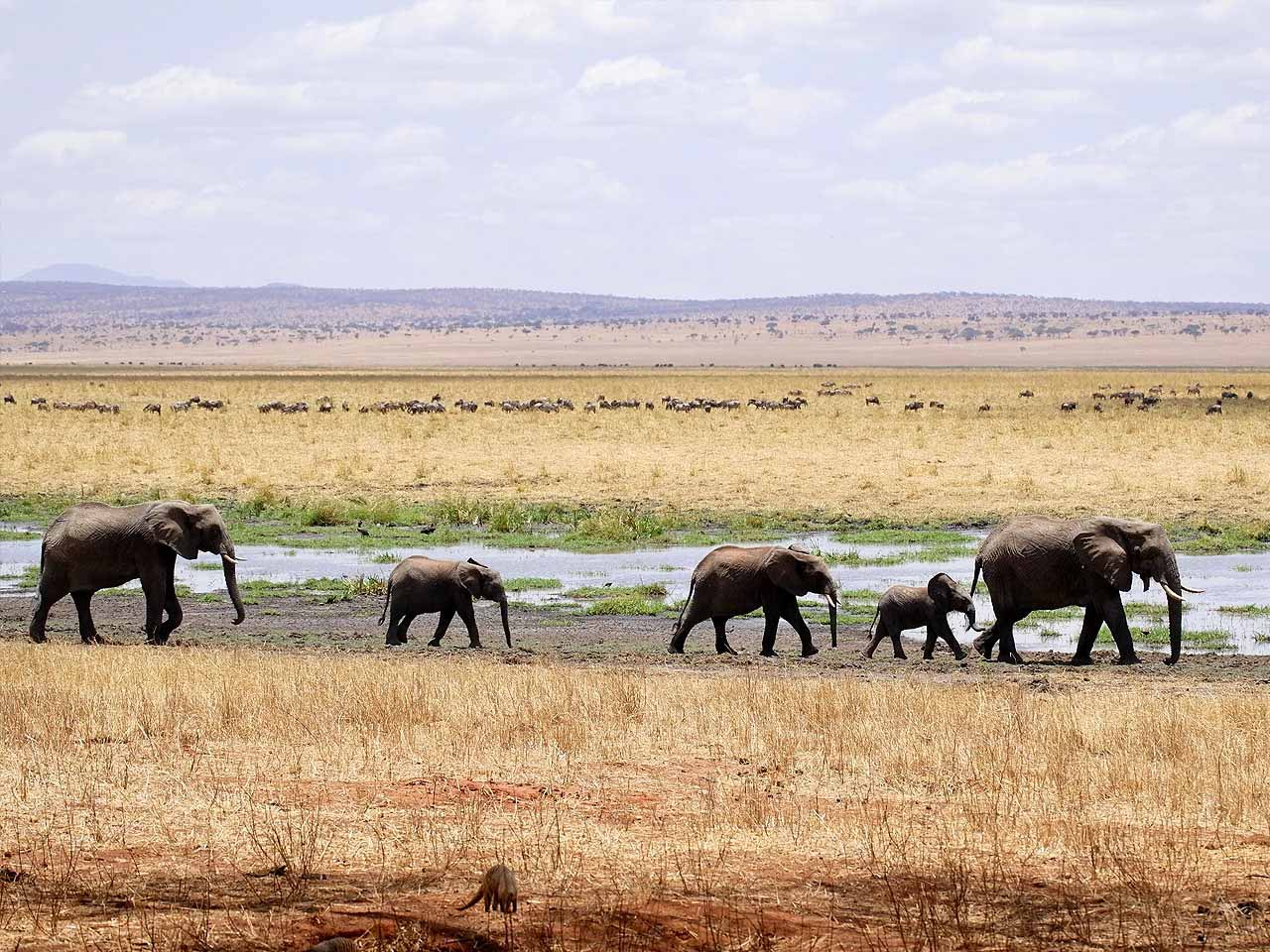 Mystery and mayhem for elephants

Fittingly, Savuti means ‘mystery’ and it is all a bit strange. For a start, no one really knows why the Savuti River behaves the way it does. Water ebbs and flows inexplicably and then dries up for decades. Literally. The last big episode started in the 1980s and lasted 30 years. It’s not affected by local rainfall and has confounded scientists who have an inkling it comes down to shifting tectonic plates. Whatever the reason, this enigmatic 100km long channel has affected the wildlife so much that it has attracted enthusiasts and filmmakers for years. Why? Because an animal here behaves mysteriously too. It’s had too, to survive. This is the home of the Savuti lion. Savuti plays games. It toys with its inhabitants, confuses them, makes them desperate. So desperate, so hungry, that here, lions kill elephants. Yup. We know. This is not what lions do. Too big, too dangerous, too foolish.

But you see, the Savuti River suddenly stopped flowing for 30 years and this causes havoc. Driven on by thirst elephants march hundreds of miles across the parched plains. Elephants must drink almost daily, so they dominate the water holes but as night falls, the balance of power shifts. To the lions. Lions who needed to eat. The BBC has filmed them; Animal Planet too. In fact there are numerous documentaries depicting their desperation. The lions had to change, evolve, learn new skills to take down these huge creatures. Creatures big enough to feed the whole pride. One group, known as the Marsh Pride are thought to have killed more than 70 elephants over 3 years. This ability has been passed down to their cubs and the lions of Savuti remain revered.

In 2014, the river started flowing again. The large herbivores came back and life as we know it was replenished. The pride spilt up and is now mainly divided into the Northern Pride and the Marsh Pride. During the hot dry season you can still see their interactions with elephants. These adapted lions haven’t forgotten, they know how to fell giants.

When the Savuti Channel flows the landscape is lush and green, woodlands bloom and wildlife thrives. Even if the river is not flowing the Savuti remains an incredible year-round destination. Safari camps in the area provide permanent waterholes and the wide plains are full of antelope. There are many birds: falcons, vultures, raptors, rollers, eagles and migrants too. There are lion, leopard, cheetah, hyena and big game. And, in the rainy season the mighty zebra migration begins.

Come November-December time, thousands of zebra travel south from the Linyanti through Savuti to the grasslands of the Mababe Depression in what is Africa's second largest migration after Serengeti. In February they start heading north again and zebra numbers usually peak around April, on their way back to the Chobe River.

Savuti is a stunning, hidden gem. The private reserves here offer off-road game viewing, night drives and bush walks which are not usually offered in state national parks. And, if the water allows it, you can even take a boat to see hippos. In extreme close up. 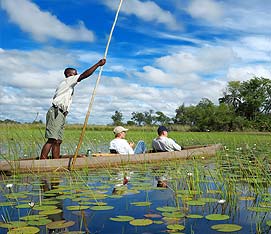