In the Lower Zambezi National Park, for reasons of survival, things need to blend in to the landscape. Chongwe River Camp is no exception. 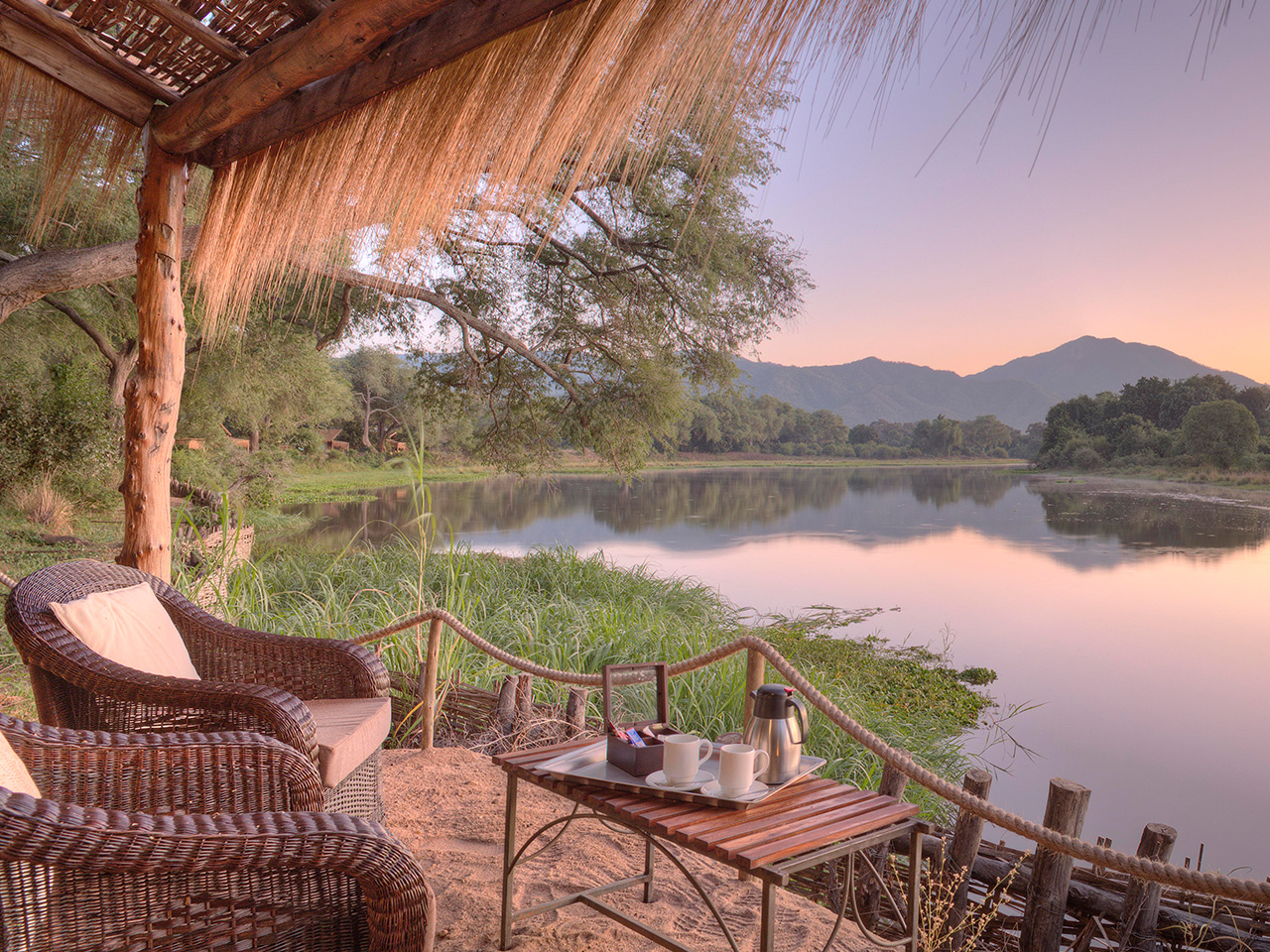 If Chongwe tried to outdo its dramatic setting between the Zambezi and Chongwe Rivers, it would have been a short-lived contest. Towered over by a thicket of acacias, lithe trunks dancing upwards to the their picturesque umbrella-shaped canopies, Chongwe River Camp is understated safari elegance on the shores of an African river giant.

The suites, just eight of them, are built from local hardwood with tented sides, glass fronts and thatched roofs. The en suite bathrooms look out to the bush and up to the sky and your private veranda looks out over the river confluence.

Dining is a fairly expansive occasion with fresh ingredients, fine wine and a sensational setting joining forces for a wickedly romantic evening. A little way off, in a private nook, the Chongwe Albida Suite is an African villa with the luxury and seclusion of an A-lister's me-my-friends-and-I play pad.

The Lower Zambezi National Park is big game country. Barricaded in by the heavily wooded Zambezi escarpment and fed by a vast drainage basin, life in the Zambezi Valley tends to appear larger than elsewhere. Elephant, lion, buffalo, giraffe, hippo, kudu, zebra, waterbuck, impala... even the elusive and enchanting sable and roan antelopes dwell in this land of giants. 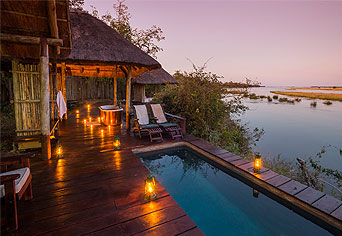 With no fences around the lodge, you’re immersed into the African wilderness of the Lower Zambezi. Don’t be surprised, you could almost reach out to touch the passing elephant from your tent, the viewing deck or metres from the swimming pool. Don’t actually try it though.
Our review of this property has not yet been added. Watch this space. We're working on it. 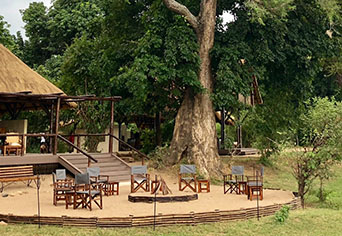 Chiawa Camp was one of the first safari lodges to set up camp in the once-lawless-now-thriving Lower Zambezi National Park. Today, the family-run camp retains its pioneering African safari ethos with a charming old-world safari tent accommodation beneath massive thatched gazebos.
Our review of this property has not yet been added. Watch this space. We're working on it. 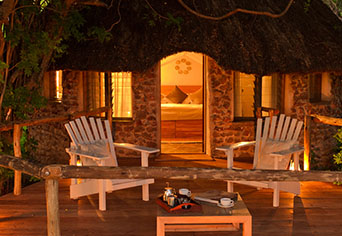 A victim of its own prime location at the confluence of the Kafue and Zambezi Rivers, Kanyemba Island was rescued from the brink of extinction by Italian and Zambian lessees who have built an exclusive lodge on the river's edge facing the island.
Our review of this property has not yet been added. Watch this space. We're working on it.