Zimbabwe
Set on a central plateau, Harare, the capital of Zimbabwe could be called the Johannesburg of Zim, at least in terms of gold mining and appearance that is. Known for its wide avenues of dusty red earth, sky scrapers and Jacaranda’s in blossom. 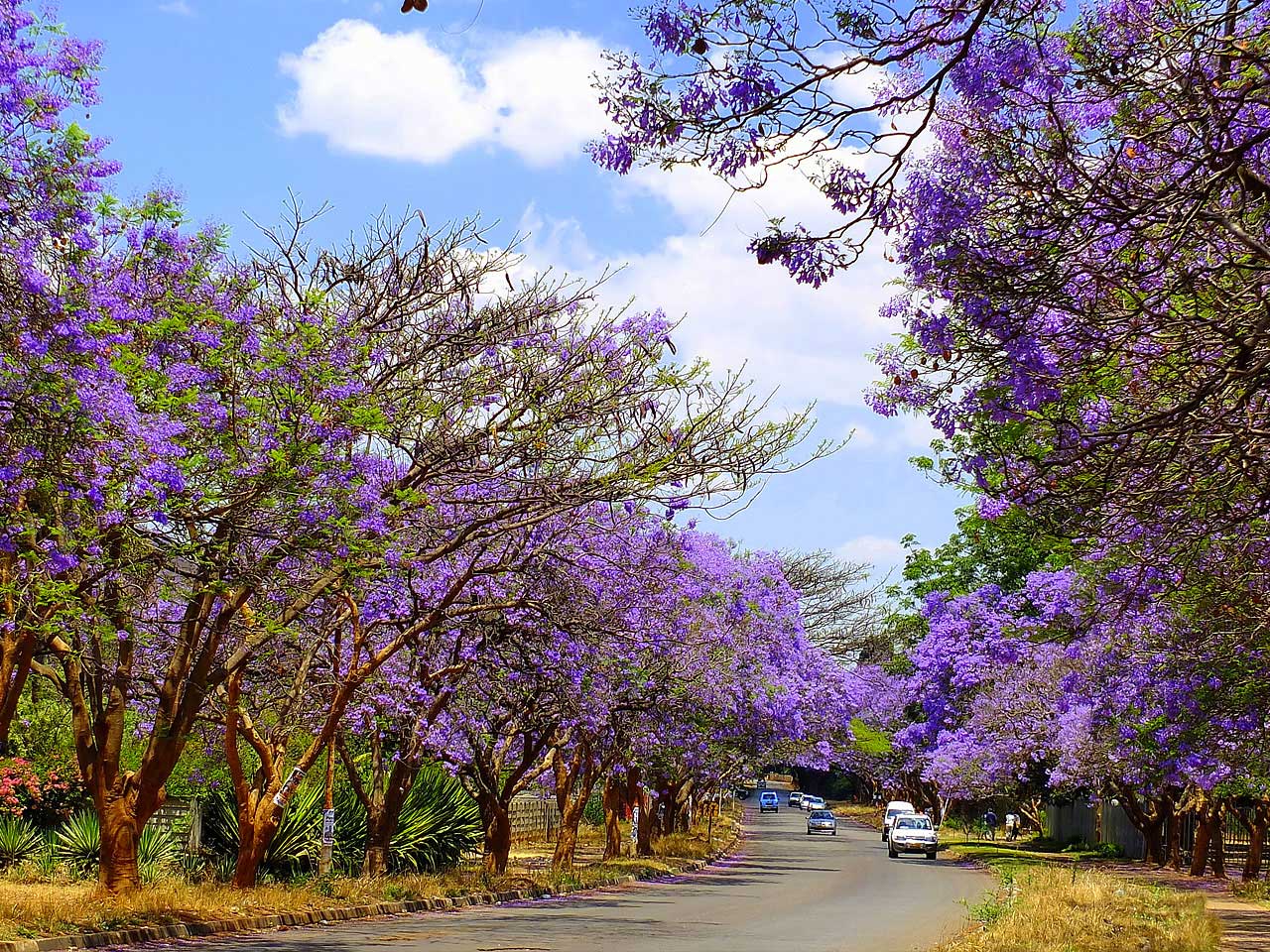 Elevated 1483 metres above sea level in the Northeast of Zimbabwe, this metropolitan city in the Mashonaland Region offers a subtropical highland climate, one of the most favourable year round, throughout the world. Perhaps one of the main reasons it’s the most populous city in Zimbabwe. Who doesn’t want to live in the ‘Sunshine City’?

‍Looking beyond the buildings, parks and gardens one almost forgets it is a “working” city trading in tobacco, maize, cotton, citrus, gold and manufacture of textiles.

Originally Salisbury, what was then known as a Fort, was founded by Cecil John Rhodes in 1890. It was later declared a city in 1935 but was only renamed to Harare after Chief Neharawa in 1982, 2 years after independence and little has held it back since.

Not only is Harare host to the major gateway airport for the country, but is home to the University of Zimbabwe, National Heroes Arc and the National Botanical Gardens. Over 900 tree species in a city is almost unheard of, but Harare stakes its claim on this and boasts a great number of things to do as a city rich in culture and history.

If you’re interested in art and visiting museums, Harare has much to offer and you wouldn’t want to miss the National Gallery showing works of contemporary art and visual heritage or the Zimbabwe Museum of Human Sciences, where you can view, amongst other things, the oldest wooden object ever found in Sub-Saharan Africa at some seven hundred years old.

Other highlights in the area include the Chapungu Sculpture Park, Mukuvisi Woodlands, Epworth Balancing Rocks and The Kopje, a granite hill with views over the city. Otherwise like most cities, Harare promises some great shopping and local flea-markets if you’re more into retail therapy and in terms of food, don’t forget to try Sadza, a stiff maize meal porridge eaten with just about everything or Chibuku, which is the local beer. An acquired taste for most but certainly worth the experience to say you’ve tried it.

Although somewhat resembling Johannesburg in South Africa, this city has a different appeal considering it is the leading political, financial, commerce and communications centre for Zimbabwe.