Zimbabwe
Gonarezhou National Park, in south-eastern Zimbabwe, is a sanctuary of pristine wilderness with as much to offer as Hwange National Park, just with less traffic, a more scenic backdrop and don’t forget the prolific Chilojo Cliffs. 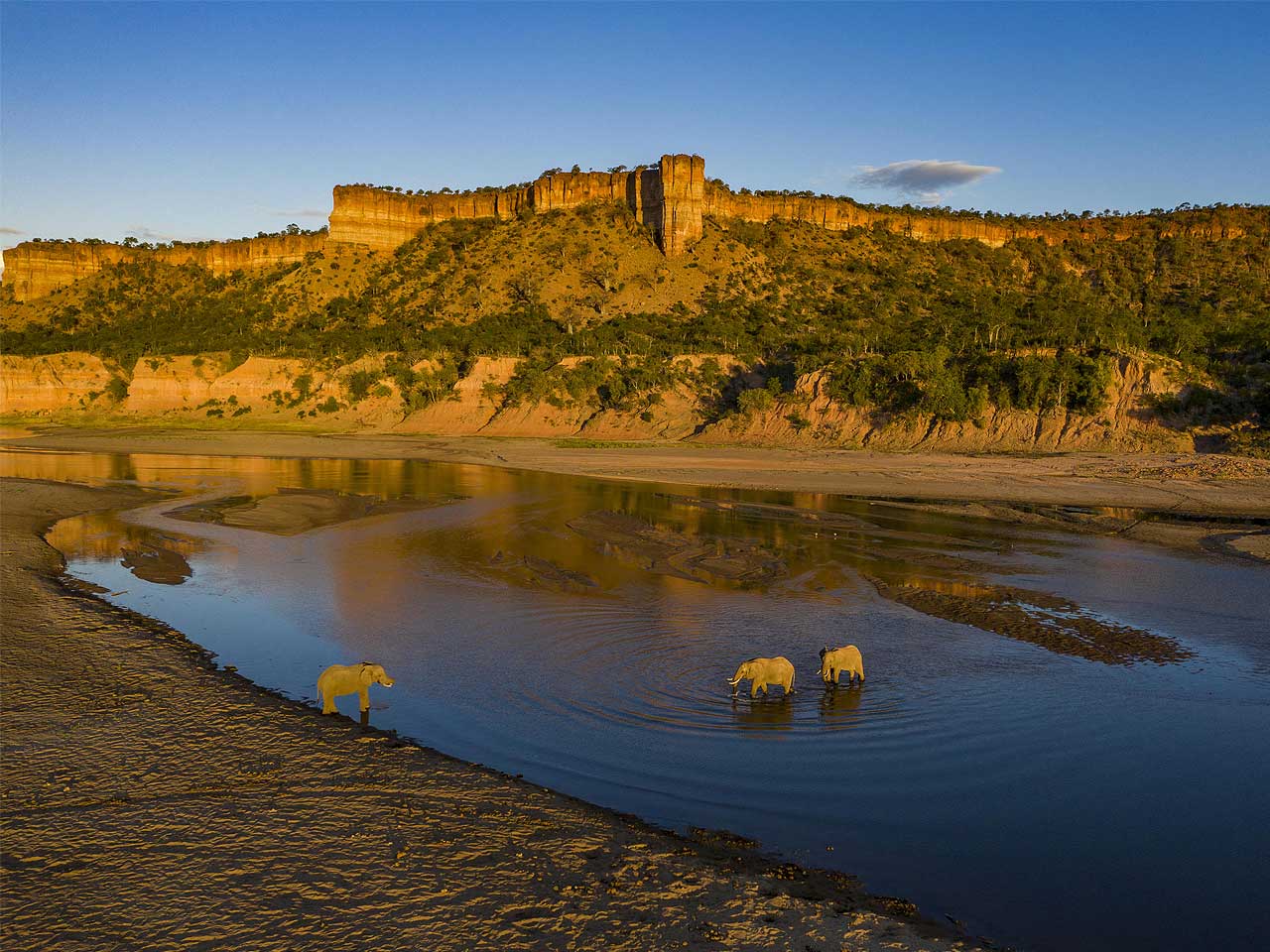 At just short of half the size of Hwange National Park, this park of 5053sq km, is found in the south eastern corner of the Masvingo Province. Smaller but certainly not inferior. This park boasts about being further off the normal northern tourist route and of a rugged terrain, therefore offering an untouched wildlife and African bush experience.

A large portion of the Lowveld of Zimbabwe, this park forms part of the Great Limpopo Transfrontier Park and the Pan-African Park along with Kruger National Park in South Africa and the Limpopo National Park in Mozambique. Gonarezhou acts as a "peace park" with biodiversity, preservation and economic sustainability of surrounding communities as a core focus. Animals are free to roam the expanse of the Pan-African Park looking to re-establish the historical animal migration patterns throughout.

Dissected by three rivers, namely The Save, Runde and Mwenezi, this Park offers an abundance of water. This along with a diverse landscape from bushveld plains, sandstone cliffs and dense woodlands makes an ideal habitat for birds, mammals, reptiles, frogs and fish of varying species.

Gonarezhou means "the place of many elephants" in Shona, and the area is famous for its numbers of the largest tusked elephants in the world. Visitors to the area can expect to see large herds of elephants, giraffe, hippopotamus, Cape Buffalo, zebra, wildebeest, black and white rhino, lion, leopard, cheetah, hyena and up to 500 different bird species.