So, you're on the banks of the Khan River in the Erongo region. This place is a bit of a geological wonderland. The Erongo Mountains gave the region its name. And the mountains are actually a ruin, a 130 million year old volcanic ruin, to be precise. With crazy rock formations. 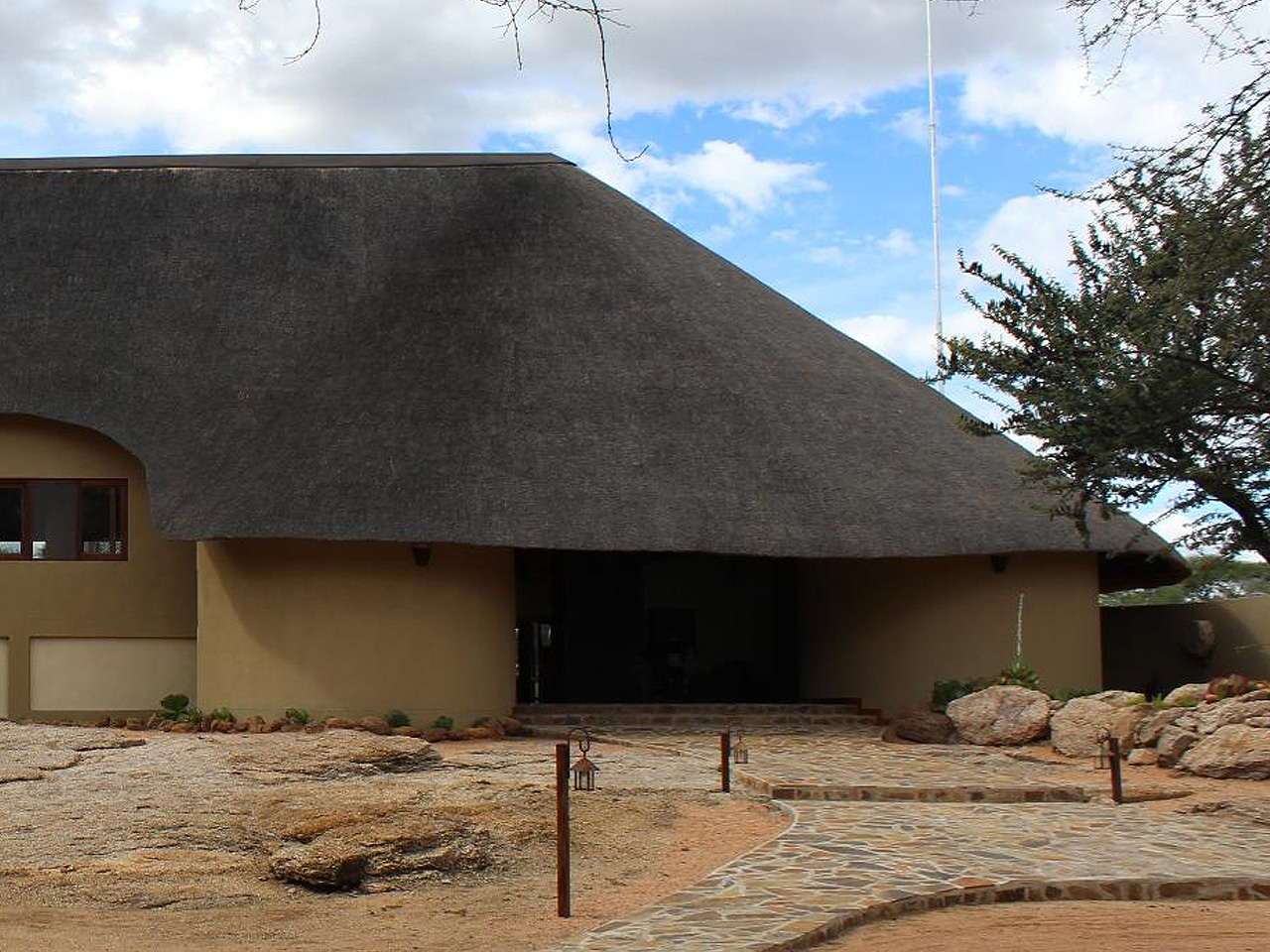 Ozongwindi means "fruit of the shepherd tree" in Herero. It's not a massive tree but it has been a shaded shelter for shepherds for centuries. It's also been described as a rockstar. Which is pretty impressive for a tree. It's known locally as the "tree of life," because humans and animals alike can find sustenance from it. And, to be honest, a more diverse tree is hard to find on the Namibian savanna.

The roots, when dried, roasted and ground act as a substitute for coffee or can be pounded into a white meal to make porridge. The trunks are used to catch rainwater by Bushmen and even the berry-like flower buds are edible. A concoction made from the leaves is used to help treat eye inflammation in cattle and it also helps with your haemorrhoids. Which is good news. It can also survive all the harshness in this part of Namibia.

But, and listen up, after the rains, the area around Ozongwindi Lodge turns into a veritable Eden - hartebeest, wildebeest, jackal, ostrich, warthogs, impala, oryx etc

Ten free-standing thatched bungalows - they're each about 65 square-metres and have their own private wooden decks. You won't be squashed up because all the bungalows are at least 10 meters apart, basically, you'll have privacy.

There's also an old style farm house available too. Built in the early 1900s, it has been fully renovated. There are 4 double rooms with a lounge, bar, dining room and kitchen area. There are also braai facilities. This self catering option is good for families or small groups travelling together, it's totally private and self contained.

If you're self driving you will probably need a 4x4 - many of the gravel roads around here are rather ropey.

You can stay put at the lodge and literally game watch from the swimming pool. Or get a closer look from the illuminated water hole.

You can also go on organised game or scenic drives.

Birding is good too, especially as all the bungalows are built under a canopy of indigenous trees. And, frankly, the birds think this is smashing. Look out for a variety of woodpecker species.

If you want to drive further afield, there's a lot of rocks to explore. Spitzkoppe is a damn good sight for sore eyes. And one of the most photographed mountain motifs in Namibia. It's also known as Namibia's "Matterhorn."

Want to see rock paintings? Well, one of the most famous formations is Bull's Party. And near here, is Phillipp's Cave. Stone tools which are thought to date from 3500 BC have been found here. And before the importance of the rock paintings at the Brandberg Mountain became known, the paintings in Philipp's Cave were the big guys. They were the most important testimony of rock art in northwest Namibia. Especially the "White Elephant" - look closely and you'll see a little red antelope too. Isn't it sweet? A little red antelope? Gorgeous. 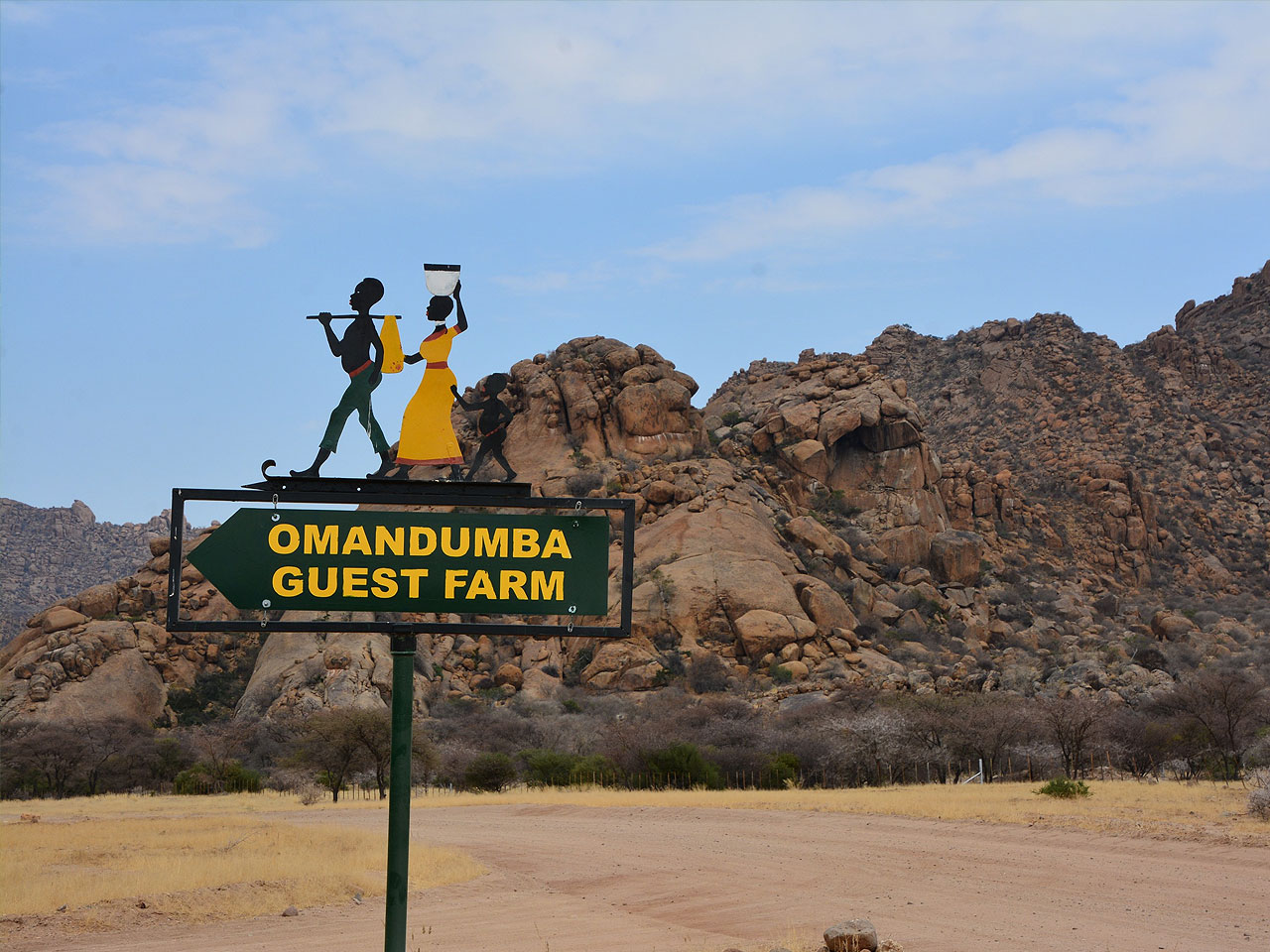 See that massive massif? That, guys, is Erongo. Rumour has it, the word massif is used by the British rap community to mean good or great. It’s usually said twice, in quick succession. Well, that Erongo Massif Massif sure warrants a repetition.
Our review of this property has not yet been added. Watch this space. We're working on it. 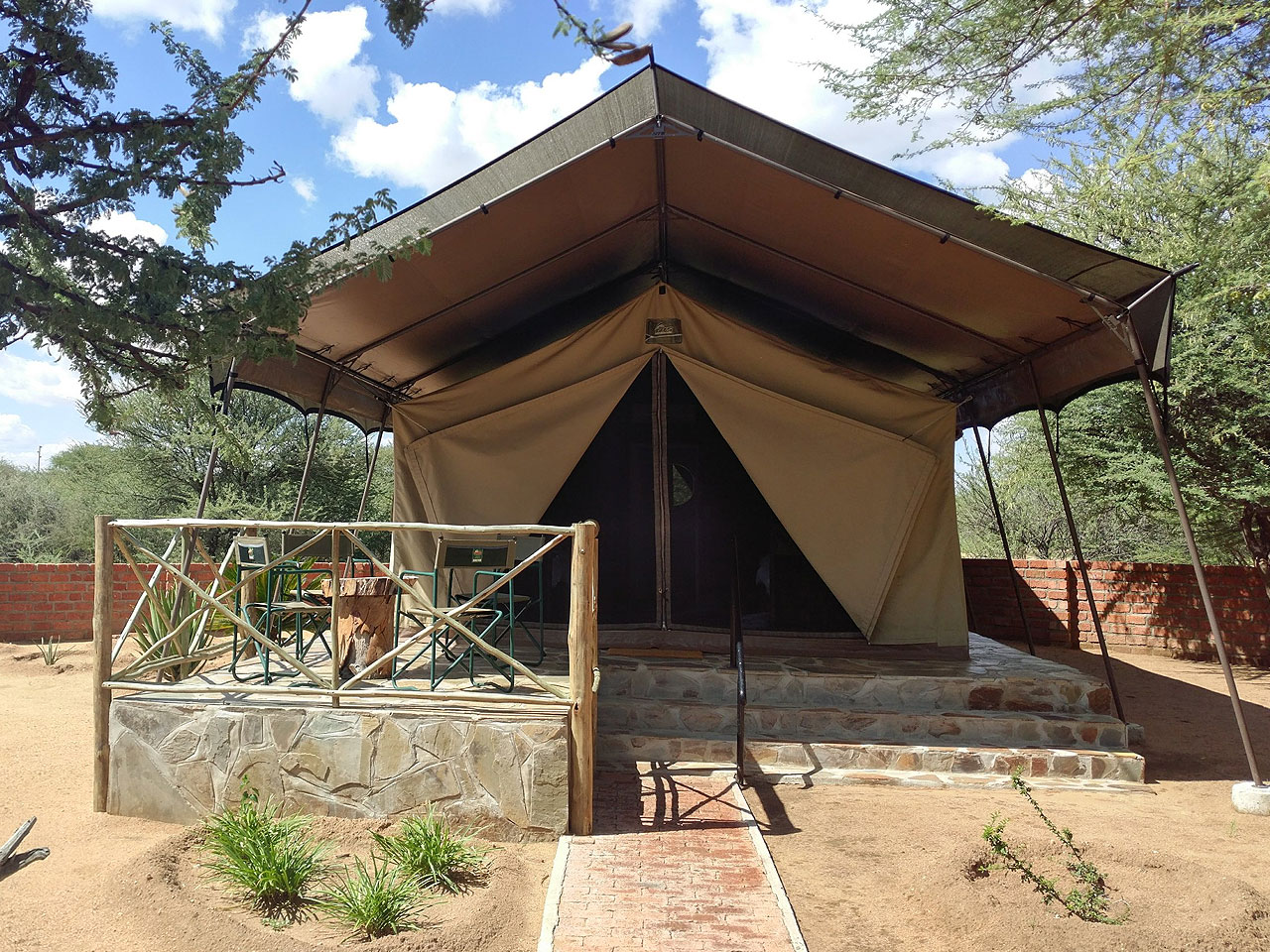 Omatozu Safari Camp is on a 6,000 hectare game farm which is home to numerous species. Giraffe, eland, springbok, waterbuck, zebra, ostrich, hartebeest, impala, gemsbok, kudu.
Our review of this property has not yet been added. Watch this space. We're working on it. 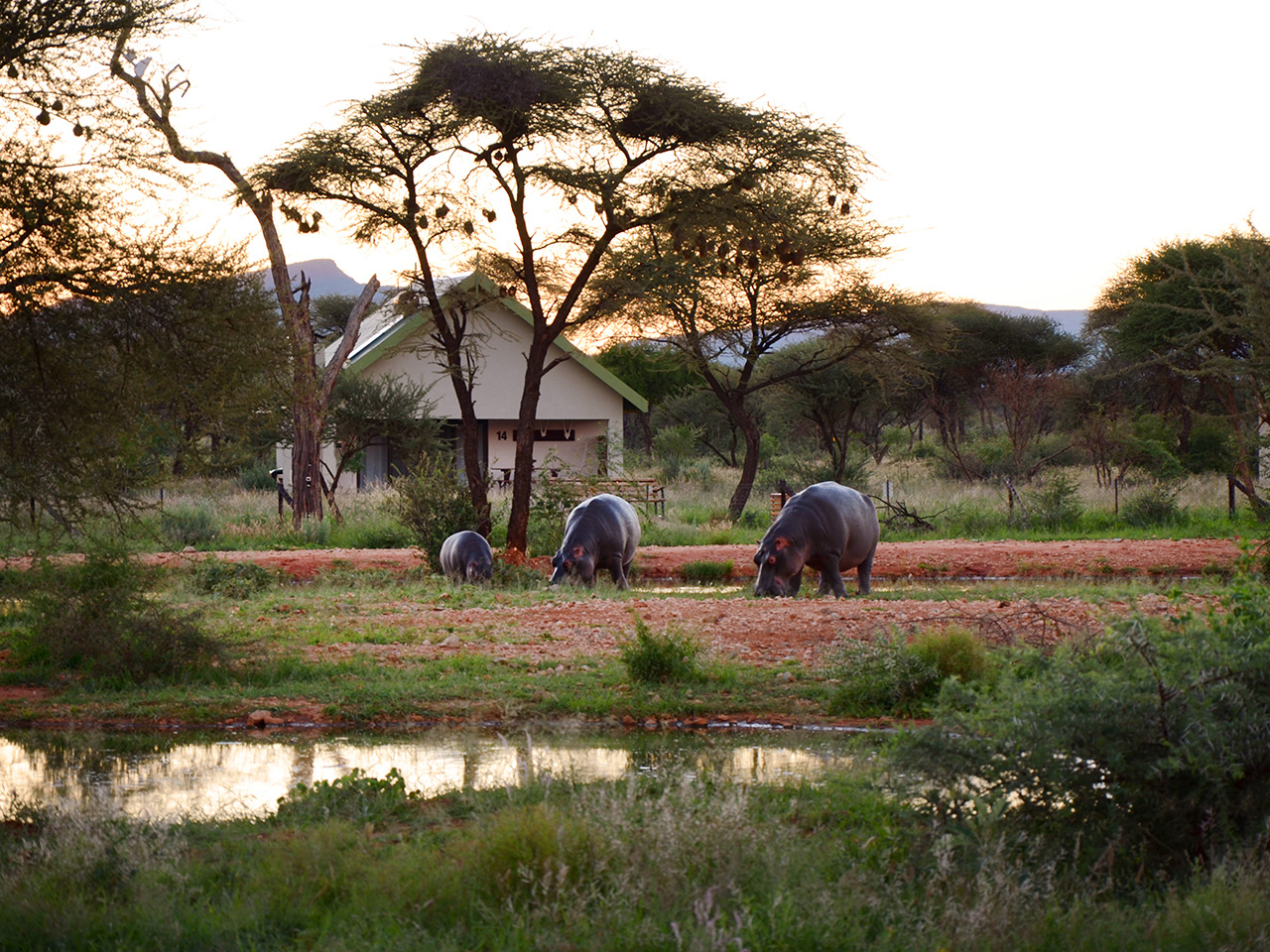 **Camp Elephant is now closed indefinitely.** Fret not, you can always stay at Old Trader's Lodge on the private Erindi Reserve instead. Erindi is a resort-like private game reserve in a 70,000-hectare swathe of African bush in central Namibia with a diversity of habitats. Camp Elephant offers self-catering chalets and campsites inside this vast conservation area.
Our review of this property has not yet been added. Watch this space. We're working on it.