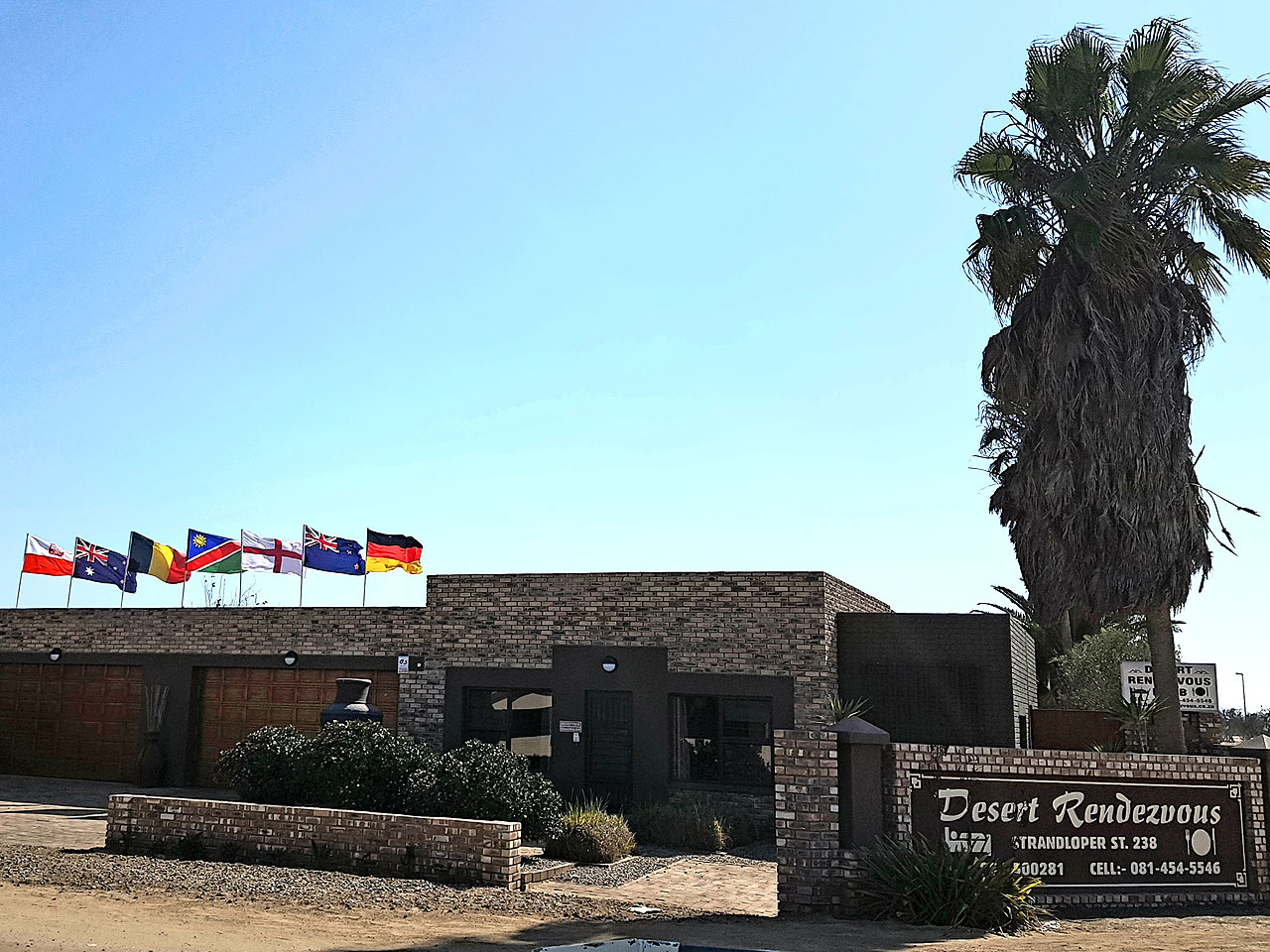 Want some history? Ok. Let’s take you back to the 1920s. Picture the scene. Major Hentie van der Merwe is hunting rhinos in the desert. He’s got one. But now he’s thirsty. Really thirsty. So now he’s hunting water... And then, all of a sudden, he comes across a fresh-water spring in an old delta of the Omaruru River. And then he fell in. Well we don’t know that for sure, but we do know he fell in love with the river. And the views and well, basically, the whole lot. That Christmas he came back. And built himself a hut. And a Pinocchio. Oh no, different story. But he did build himself a hut and he did keep it a secret, it was his. A private haven. His place to escape to. But word got out... and Henties Bay grew. The first shop opened in the 1950s and in 1967 a hotel started welcoming guests.

Today it’s all holiday and retirement homes and is a popular resort. Its peaceful, remote and part of the magnificent Skeleton Coast.

There are double rooms, a self catering apartment and a family apartment.
The double rooms are called ‘Lighthouse’ and ‘Skeleton Coast’. Both have en-suite bathrooms.

The self catering apartment is called ‘Etosha’. It has two bedrooms but can accommodate up to 6. There’s a bathroom, kitchen, indoor barbecue facilities, a living room, TV and additional sleeper couch.

The family apartment is called ‘Spitzkoppe’. This is a two bedroom apartment with a bathroom and can accommodate 4 people.

Henties Bay is in the Dorob National Park (the former National West Coast Recreation Area). This is part of the Namib Skeleton Coast National Park which consolidates three national parks - Skeleton Coast, Namib-Naukluft and Sperrgebiet. There are four wetlands of international importance. This protected area is the largest in Africa and bigger than Portugal.

Consequently there’s a lot to see and do if you like water and wildlife.

Around Henties Bay there are core conservation areas set aside for rare and endangered species whilst other areas are set aside for multiple uses, including adventure tourism. You can windsurf, kayak amongst dolphins, sky dive and quad bike on the beach - but please do so responsibly. There are also specifically designated areas to use near the Omaruru River, 10 km upstream.

That said, shore fishing is the number one attraction in Henties Bay. Just chilling out on the beach is a close second.

If you want to walk the Jakkalsputz trail will take you to Solitude Bay which has rocky shores, hummock dunes and coastal desert plants. The Omaruru River Walking Trail is a long hike along the riverbed and across the Namib Desert plains. This is harsh, but beautiful. A desert. For goodness sake take water. We repeat, it’s a desert... take water.

One of the most photographed landmarks in Henties Bay is the Gallows, an old tree stump which used to display a rope and noose... It was put up in 1978 as a ‘friendly but firm’ warning to keep the town and beach clean. Wow. An important message though.

Go and see the fresh-water fountain as well. This is almost on the beach in the so called Valley, an old tributary of the Omaruru River. This fountain is believed to have served as a lifesaver to many early explorers...

Or hire yourself a 4×4 and drive around. All roads are signposted.

The Omaruru River is a lovely place for lunch. Especially the Old Fig Tree which is a well-known picnic site not far from Henties Bay. But if you leave the road to reach the beach, stay on the existing tracks. Damara tern nest in shallow scrapes among the saltbushes and are especially threatened by off-road driving. There is an important breeding colony just north of the Omaruru River.

There’s diverse fauna and flora here. Among the hills of the Messum Crater you can find a plant called Welwitschia mirabilis. Some specimens are thought to be at least 1,500 years old. It’s endemic to the Namib Desert, from Swakopmund north to Mossamedes in Angola.

If you do venture to Messum Crater stop and look at Lichen fields. It’s at Mile 30 south of Henties Bay. If a little water is sprinkled on them, they magically come to life. Cool.
There are also desert adapted animals both on the desert plains and in the dry watercourses. These include steenbok, springbok, gemsbok and Hartmann’s mountain zebra. If you want to see furry seals head to Cape Cross. Word of warning. They are a delight but they smell bad. Sorry seals, harsh but true. 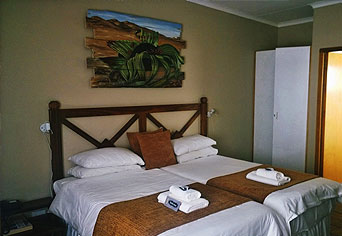 In 1488 Bartolomeu Dias sailed along the Atlantic coast. “This is rather lovely, what’s for lunch guys?” He may have said this, who knows, but what we do know is he saw a fish. A lot of fish. More than a school, a flaming university of the creatures. Swimming en masse. “I name this coastline Praia das Sardinhas” shouted Bart. Coast of Fish. And this is where De Duine Hotel is. In the heart of Henties Bay.
Our review of this property has not yet been added. Watch this space. We're working on it. 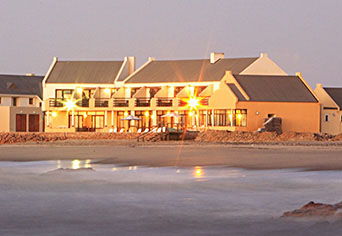 Cape Cross Lodge is a small and luxurious hotel in an astonishing location. The hotel is situated on the seafront of the Skeleton Coast, just out of nose-shot of the largest seal colony in the world.
Our review of this property has not yet been added. Watch this space. We're working on it.