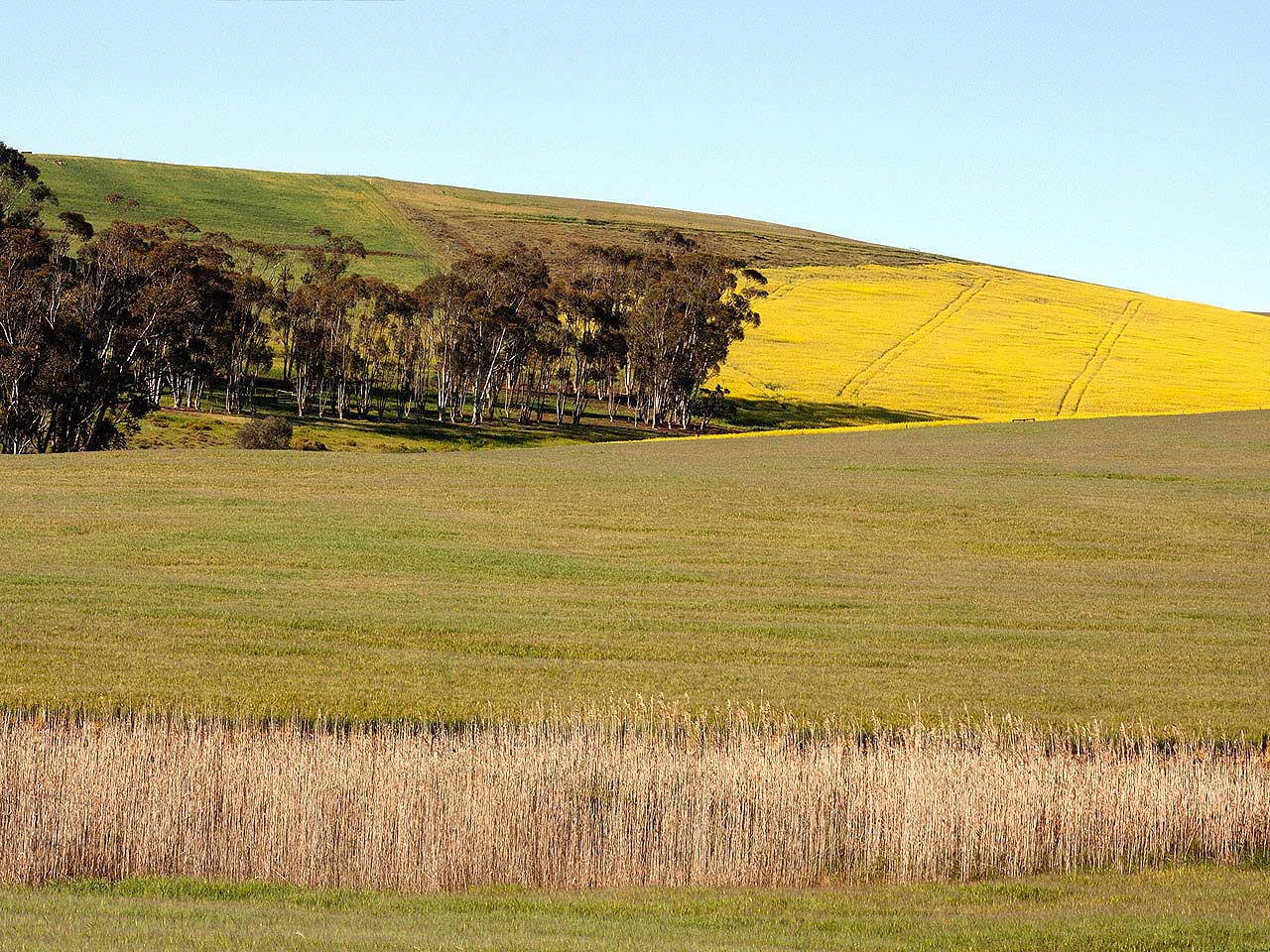 You'll find around 3500 plant species and one third of the world's succulent species. Incredibly, more than 1000 are unique to Namaqualand making it a mecca for botanists, ecologists and gardeners. But it's not just about the flowers, which you only really see for a few months a year. It’s as much about the mountains, mammals and metamorphic rocks. Don’t be surprised to stumble upon the Quiver tree forests too and don't forget the aloe, which despite their appearances are not actually trees. It’s a succulent plant species. They're tough. They can live for 80 years and reach a height of 7 metres.

Springbok's the largest town in Namaqualand. Funnily enough, there are a lot of springbok. Good view of the copper mountains, Klein Koperberge, too. Unsurprisingly this town was closely linked to the copper industry. It's on the N7 road which connects the Cape with Namibia, 570km north of Cape Town.

Then there's the Diamond Coast - in the 1800s diamonds discovered in the Northern Cape laid the foundation for South Africa's economy. Diamonds are still mined in the sand and on the ocean floor. Flowers flower on the beach here too.  It’s a pretty spectacle and a relaxing spot. Splendid.

Birds enjoy the vistas too. Look out for the majestic black eagle, Cape eagle owl and marsh harrier. Animal wise there are over 45 species of mammals including black backed jackal, leopard, the endangered Hartmann's zebra, aardwolf and honey badger.

The succuclent Karoo, starts in the south, 250km north of Cape Town and continues through Namaqualand, the Richtersveld, immediately south of the Orange River and into the Namaland region of southern Namibia. It’s dry and arid. A semidesert. Hot in the summer with little rainfall (if it was to see 200mm in a year, that’s outstanding) and the winters achingly cold. Given the environment and harsh conditions it’s hard to even imagine anything survives out there and yet from August through September, it’s a landscape that bewilders with its flowers.

Namaqualand is a destination that, bar a few months of the year, is almost barren. When in bloom it’s stunning and hard to believe, great for road trips and whale watching. Go. And once you're in the Northern Cape bit keep going. It's an area often overlooked yet has five national parks. Bit greedy really. Here's an overview of the three most popular.

The colours of a continent. Red dunes, blue wildebeest, black mane lion. Even brown hyena. This park lies in a large sand filled basin in the Kalahari Desert. Over three and a half million  hectares of open plains and sand dunes stretching across South Africa and Botswana. Camel thorn trees silhouette the night sky. Rivers flow once a century. 200 species of birds fly, watching the lazy lions basking below. For this is lion country and Kgalagadi is one of very few conservation areas specifically for them.

No surprise there's a waterfall here. The water crashes 56 metres down and forms part of the Orange River. Ararat, Oranjekom and Echo Corner viewports are stunning. They stare in awe at the Orange River gorge below. The rocks are quite the feature here too. Seven types of granite, rose and crystal quartz. A massive rock called Moon is worth a hike up. Named for a reason, the landscape suddenly goes a touch lunar. Lots of quiver trees frequented by the local baboons. It’s quite the sight. Look out for springbok, gemsbok, black rhino and there's a plethora of birds to spot. Lots of hikes for all abilities and guided night drives are spectacular. Don't forget to look up. They say you see the best architecture if you do that, here the architecture is star shaped. Twinkle twinkle. 28,000 hectares of splendour down below, infinite splendour up above.

Camp amongst the meerkats, check out the seal colony (they stink, harsh but true) and marvel at dolphins fishing, mating, playing. This park is a gem. And it's most famed for its incredible flower canopies. Vast, colourful, incongruous. A springtime gift from the gods. Stand with your back to the sun and stare. There. There. Everywhere. Blankets, sheets, veritable duvets of flowers being wild, colourful. The first to arrive? The Namakwa daisies. But when the purple vygies bloom, you know the end is nigh. Spring has sprung. It's really not easy being a plant when water is scarce. And yet here, at Namaqua National Park you'll find the highest concentration of succulents of any of the world's arid regions. Which is a pretty impressive feat. But succulents are wise old souls and store water in their leaves. They like it here, it's dry. They're not too keen on humidity. Easy to find, the park is situated west of the N7, one of South Africa's national roads.