South Africa
The garden province. Who doesn't want to be known as that? Stacks of flora, stacks of fauna. Subtropical thickets, moist grasslands, savannah,even swathes of alpine glory, it's all here and a great chunk of it is beside the seaside. 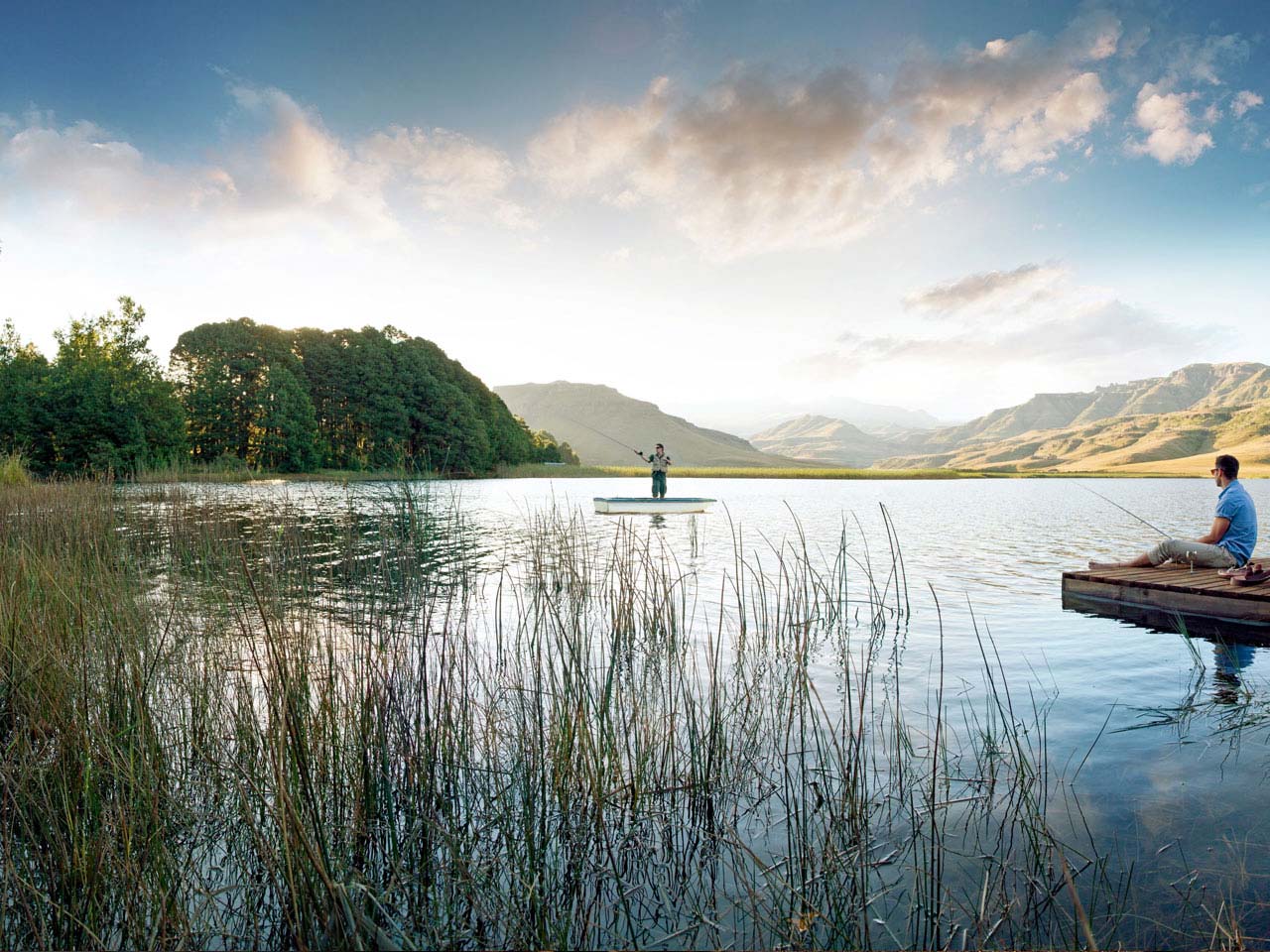 There's a rich history of people power too. In the Early Stone Age the San painted the first of many thousands of images on the caves and cliff walls of what are now the Drakensberg Mountains. Then, the Zulus turned up. There's about 10 million Zulu people in KwaZulu-Natal today. They refer to themselves as 'the people of the heavens' and are the largest ethnic group in South Africa.

The Drakensbergs. River deep, mountain high. Unlike a lot of massive mounds, the Drakensberg weren't squeezed into existence fresh from the Earth's crust, rather they  eroded this way. And what a way to shape up. Rumour has it Tolkien created Middle Earth's Misty Mountains using memories of the Drakensbergs, and true, he did live nearish but... he left when he was three. Maybe he was a stunning toddler with a marvellous mind or maybe it's publisher puff. Who knows?

But. They are mythical and magical looking. They've got two names really.  Drakensberge and uKhahlamba. The former being the early Afrikaaner trekkers name meaning Dragon mountains, the latter meaning Barrier of Spears in Zulu. They're the largest mountain range in South Africa. A 200km long rock hard stud. With some of the peaks living it up at 3000m. If they're luring you, there are many ways to tackle them. If you're rock hard too just climb like a pro, if you like to feel terra firma hike it, if you're a lettuce stroll it. Or better still, sit on a horse. You can even arrange to sleep in huts or caves via the park service.

There's a lot of history in them hills. Some say they were called Dragon Mountains after the discovery of dinosaur bones. The San kept themselves busy painting, there are 35 000 of their pictures here and a huge diversity of protected plant and animal species.

But what of the Midlands?
Ah, the charming, marvellous Midlands. Such a departure from the drama of African mountain, desert and savannah. This is darling buds land. Farms, small towns, arts and crafts. Lakes, dams, the odd waterfall,  green pastures, hills and forests. Lots of private schools are based in this most melodic, romantic, rambling countryside.

Durban, permanently at ease, sunglasses and flip-flops. Passionate about surfing. Chilled, jolly, laid back. Despite being the largest and busiest port in Africa. It's also South Africa's baby brother city - the third largest after the big Jozi and CT.

Of course, there's the sea but it's not all hazy, lazy beach days. Durban can dress up. There's an internationally renowned film festival and a homegrown musical movement called gqom. Meaning drum in Zulu and ‘noise' in yoof culture. It's the lo-fi sound of Durban's underground. Fast, electro South African beats.

Food wise, bunny chow's an interesting lump-a love after a late night clubbing. Basically half a loaf of bread with the inside scooped out and filled with curry. Hot, messy, and you'll want a beer.

When it comes to beaches KwaZulu-Natal's a pro. Kilometres of the golden stuff all served up on a bed of Indian Ocean. And what an ocean. Home to many endangered creatures. Turtles, seals and sea cows. Make like a surfer and head for Durban's Golden Mile. The beachfront was completely redeveloped for the 2010 World Cup. You can stroll along on a broad boardwalk. Or flag a Zulu rickshaw. Indian influences are big in Durban and a century ago thousands of these little biddy mobiles crowded the streets and docks.

Surfers say the best spot is New Pier, next to South Beach. A 40 minute drive south of the city, Green Point is good too. And arrive in February. The best time of year for surfing. Woah. Watch those waves pumping.

Want something more tranquil? From August to October it's pretty easy to spot whales and dolphins. And drive on up the coast from Ballito to Shaka's Rock, it's spectacular. Further north is the St Lucia river estuary. Watch out for holidaying hippos. They take more than one sun lounger with their great wide girths.

Northern KwaZulu Natal is a treat and a delight for those craving wildlife. It's also excellent for birding. You are likely to see most of the Big Five and a good selection of plains game too. Leopard don't tend to hang out in this province but cheetah do. In the north you'll find Phinda Game Reserve, Thanda Game Reserve, AmaZulu Game Reserve, Zululand Rhino Reserve and Hluhluwe-Umfolozi Game Reserve - rhinos love it here.

In the south there's the Isimangaliso park which is surrounded by Lake St Lucia. Elephant and lion are rarely seen here but there are crocodile, hippo, rhino, buffalo and leopard. These are wetlands of international importance with some of the best birding in South Africa.