Zimbabwe
Situated in a scenic area of granite outcrops, miombo woodland and right next to one of several recreational lakes in central Zimbabwe, the ancient city of Great Zimbabwe is a wonderful diversion between north, south, east and west. 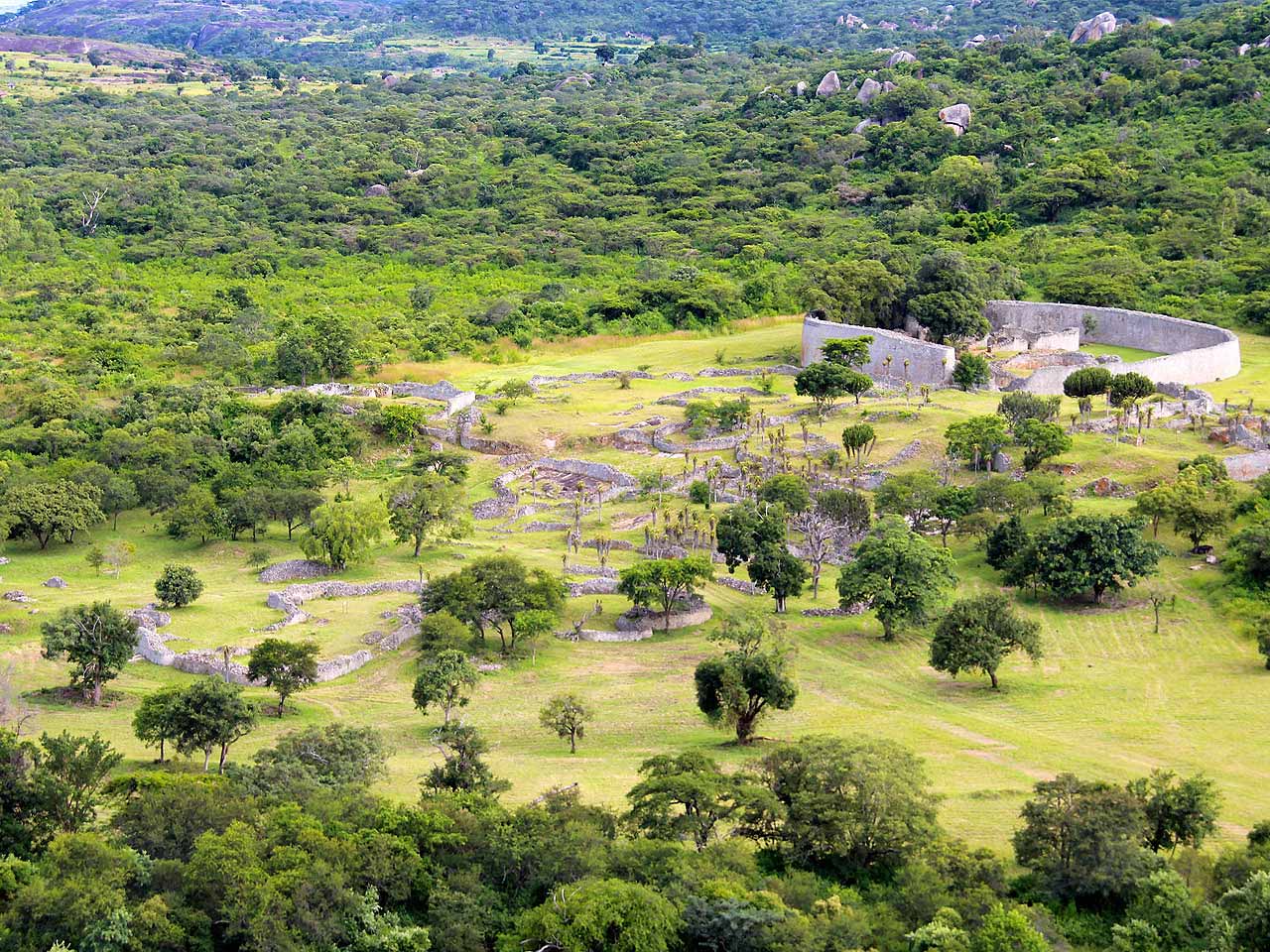 Great Zimbabwe is a designated UNESCO Cultural World Heritage Site for its extraordinary architecture and rich archeological and anthropological history.

Construction began in the 11th century and the city evolved and expanded for 300 years as a major trading post between Africa and Asia.

The ancient city of Great Zimbabwe comprises three distinct sites: the Hill Complex, the Valley Complex and the Great Enclosure. This last construction features a 250m-long enclosing wall up to 11m high making it the largest ancient structure in Africa outside of Egypt. Inside the Great Enclosure is an inexplicable cone-shaped tower, apparently solid, 10m high and 6m in diameter, built entirely of masoned stone without a trace of mortar.

The Hill Complex is the oldest of the three sites and features fortified walls, labyrinthine passageways and a venerated Eastern Enclosure thought to have been a shrine housing eight soapstone birds. The carved birds, resembling bateleur eagles with human features, sit on metre-high plinths with ornate bases, which appear to fit into slots carved into a platform forming a circle of spiritual ancestors or kings. The Zimbabwe Bird is now symbolised on the national flag and is a recurring motif throughout the country.

Early archeologists removed the birds from the ruins and only six been recovered. Five of the birds reside in Zimbabwe and a sixth is in Cecil Rhodes's former home - now a museum - in South Africa. Legend has it that Zimbabwe will find peace when all eight of these birds are returned to their resting place inside the shrine.

You will need at least half a day to explore the 730ha site and the accompanying museum - as much a part of history as the ruins themselves - and what better place to hole up than the shores of a scenic lake? Lake Muturikiwi is a large recreational lake about 10km from the Great Zimbabwe National Monument. A day spent water-skiing, fishing, game viewing on foot and enjoying a scenic sunset cruise on the lake will round off your cultural diversion nicely. Also within easy driving distance, about two hours from Great Zimbabwe Monument, is Antelope Park where you can stay overnight in charming riverside chalets and enjoy a variety of fascinating wildlife encounters including elephant-back safaris and a walk in the bush with lions.