Redbourne Country Lodge is part of a family-owned business. It's small, has an old style feel and baboons abound. And you're on the Garden Route. 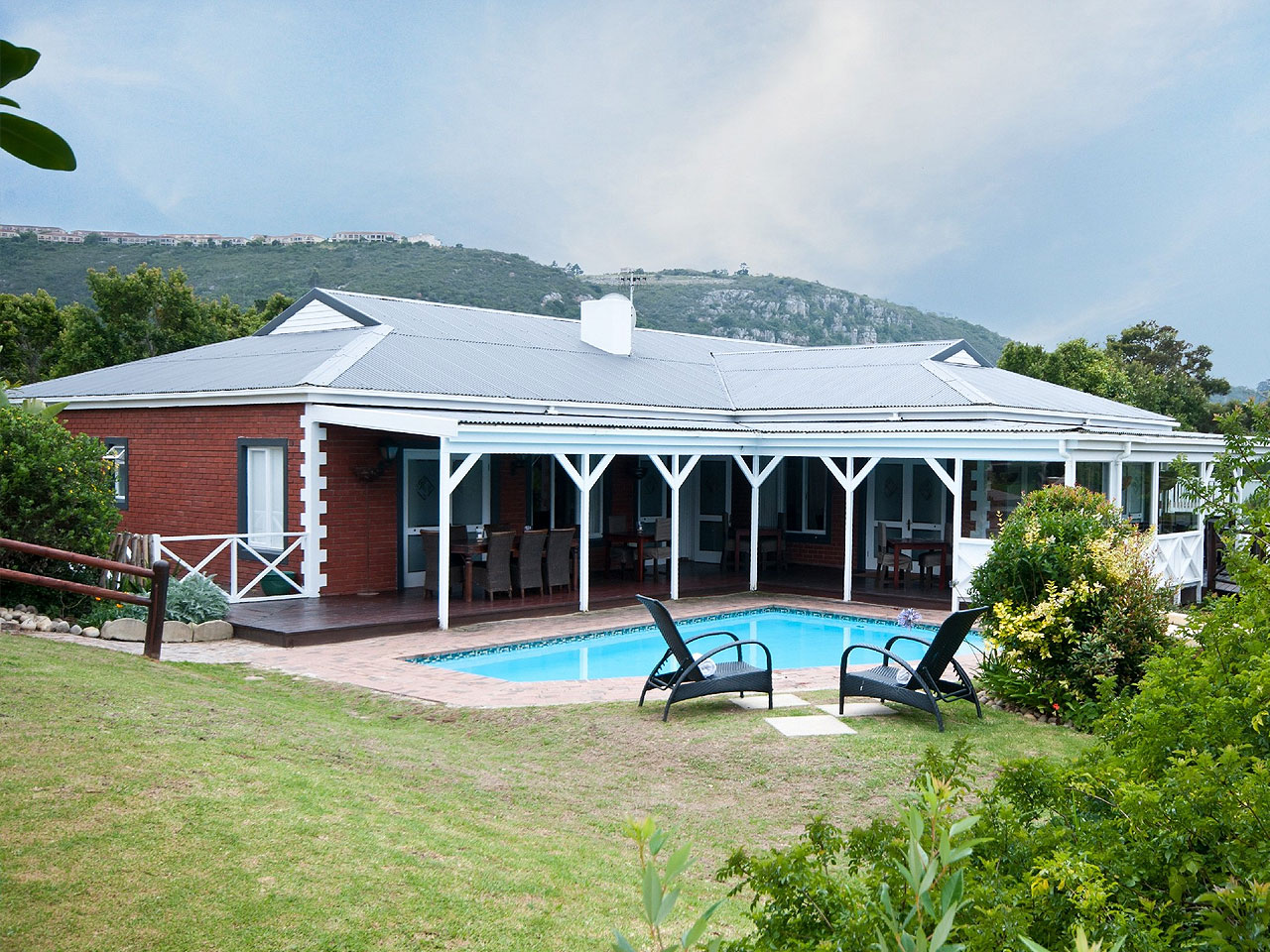 But if you're over all those lush forests, diverse vegetation and lagoons, jump in the car. Plettenberg is a quick drive and a chance for nature lovers to head to the beach and the bars. And the shopping mall. You'll no doubt meet some amateur ornithologists trying on lovely brown camo suits. Compare notes over a beer.

Plett. As the locals call it. Barefoot, beach loving, a taking-it-easy ethos. Plettenberg Bay is a seaside town in South Africa's Western Cape Province. And it's on that most sought-after of tourist routes, the Garden Route.

Redbourne Country Lodge is a spit and a jump away from here and it's surrounded by fine bush. Literally. That old fynbos chestnut. It means 'fine bush' in Old Dutch and is the most studied vegetation type outside of Europe. Generations of scientists - including the big D himself - have been left open-mouthed in amazement at the stuff. Go head... stand in your room and gawp. That's the peaceful Piesang Valley right there. Lush. And that's the Plettenberg Bay Country Club golf course. Also lush.

Accommodation at Redbourne is in 16 en-suite rooms, including four inter-leading family rooms.

The rooms are all Luxury King or Twin rooms. The beds are easily converted into a king-sized double or two three-quarter singles.

There's no air con in these temperate parts but they do have ceiling fans. Rooms open to a balcony overlooking the valley. Invite your new bird-watching buddy for a sundowner. And look there's the gorsey fynbos you read about earlier. It surrounds the Plettenberg Bay Golf Course and Piesang Valley.

Each room has underfloor heating and a private bathroom with both a shower and tub and a hairdryer. TV, minibar, tea & coffee. Children of all ages are welcome.

So, you can hit the beach. There are some beauties to choose from. When early Portuguese explorers first saw Plettenberg Bay they called it ‘Bahia Formosa’, meaning ‘beautiful bay’. Says it all.

But it’s not all about the beach. Plett is also home to estuaries and lagoons, indigenous forests and plants, the famous Robberg Reserve, rivers, wine farms and vineyards as well as golf courses.

You can go hiking, whale watching or take a canopy tour. Bungee jump in the morning, go on an ocean safari in the afternoon.

There are also shops, restaurants, cafés, bars and clubs.

Tsitsikamma National Park isn’t far if you want to walk. The Otter Trail is there and regarded as one of the best hiking trails in South Africa.

Or go wine tasting. Bramon Wine Estate is in a mountainous area called The Crags, 20km from Plettenberg Bay. 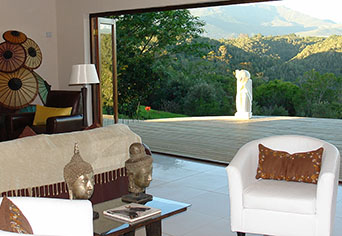 Hog Hollow Country Lodge is a romantic getaway with an amazing setting in a private nature reserve near Plettenberg Bay. Run with a charm and enthusiasm bordering on eclectic, the lodge is also an eco-warrior on the sustainable tourism frontline.
Our review of this property has not yet been added. Watch this space. We're working on it. 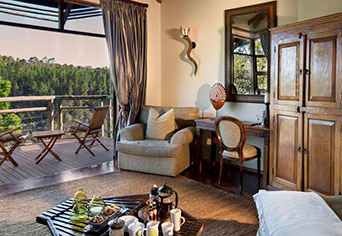 Tsala Treetop Lodge is a modern luxury lodge built at canopy level in an indigenous forest near Plettenberg Bay on the Garden Route. Accommodation consists of enormous en suite 'tree houses' connected by elevated walkways.
Our review of this property has not yet been added. Watch this space. We're working on it. 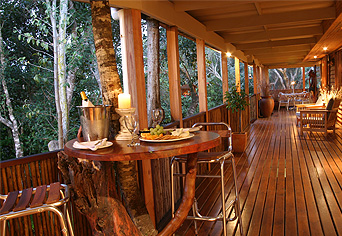 With a sublime location, deep in the forest and bordered by an estuary, the sea and forested mountains, Tranquillity Lodge is an enchanting escape into a nature-lover's paradise.
Our review of this property has not yet been added. Watch this space. We're working on it.