Part of the exceptional Imvelo Safari Lodges Group, Camelthorn Safari Lodge in southern Hwange National Park is another fine example of the perfect balance between luxury and nature. 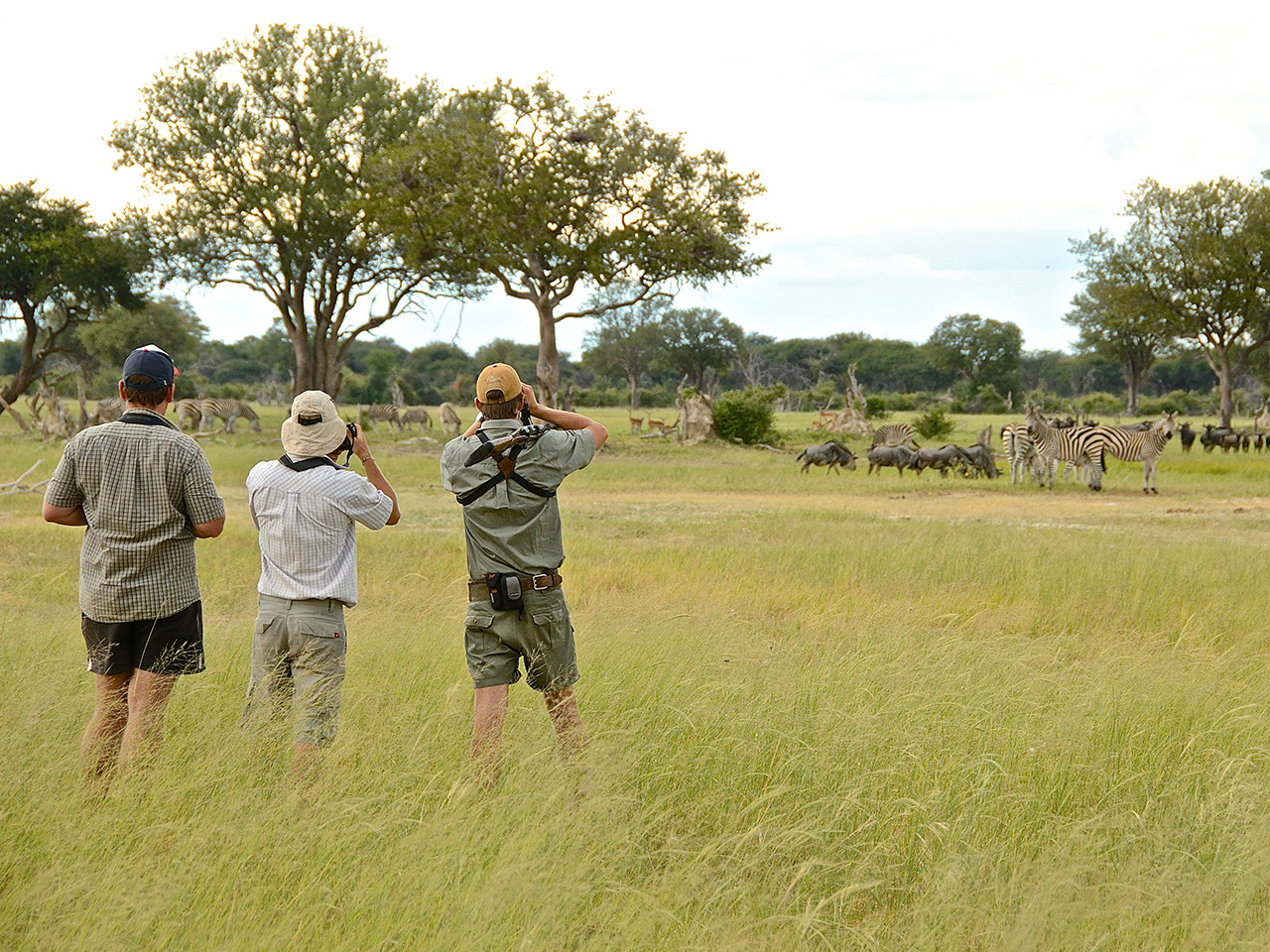 Built around an ancient acacia - camelthorn naturally - the lodge features enormous suites built of stone and thatch with enough living space to make the main living area almost redundant. Almost. The main lodge is a wonderful V-shaped thatched hall with one wing closed in and dotted with fireplaces for winter dining; the other wing is an open-fronted bar lounge looking out over the Ngamo Plains and the central area is a lounge that extends up to the eponymous tree under which is a delightful luncheon and starlit dinner venue.

Accommodation at Camelthorn is in palatial double-volume villas with your own fireplace, lounge, verandah and even a rooftop terrace for a night under the stars. The en suite bathrooms, more at home in a city hotel than in the middle of the African bush, feature twin vanities, a bath with a view and enormous showers.

The service is typically warm and genuine - a hallmark of Zimbabwe's hospitality industry - and then of course there is Hwange National Park on your doorstep. One of Africa's greatest game reserves, Hwange is where you come to see everything. From huge herds of elephants to painted wild dog, hyena, lion, leopard, cheetah, rhino, giraffe, buffalo, sable, roan the list of mammals and birds is long.

Camelthorn is inside a private concession bordering Hwange so you get the best of both worlds including the option for night drives and walking safaris. A standout feature of this safari lodge is the underground hind, or blind, on the edge of waterhole. It even has a toilet so you can spend hours watching elephants without disturbing them and, perhaps a little higher on your agenda, without being disturbed by them.

But if there's one feature of Camelthorn, indeed all of Imvelo's safari lodges, that sets this property apart from any other safari experience, it is the guides. We could go on and on about their knowledge, enthusiasm, friendliness and genuine love for the African bush but we'll let them do the talking, that's their job after all. 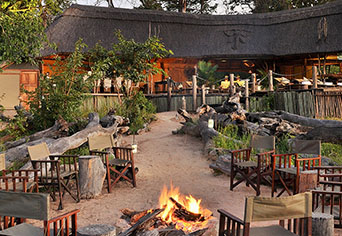 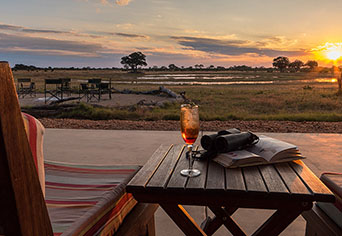 Pack your beige togs because Camp Hwange, deep in Zimbabwe's biggest and most diverse game reserve, is one of a few lodges in southern Africa where walking safaris are the main activity.
Our review of this property has not yet been added. Watch this space. We're working on it.