Ah, weather happiness. You can’t beat it. Lying in the sun; wrapped up in a coat; singing in the rain... all of the above? All at once? What the weather’s like by region in Namibia. What to expect.

It may also depend on whether or not you’re prepared. The wrong gear can make the most placid soul incandescent with irritation. Are you particularly sensitive to temperatures? Do you sweat profusely when it’s hot and freeze miserably when the mercury dips?

Weather is a global topic of conversation at the moment, with good reason, and in this article we’re going to talk you through it. What's the weather deal in Namibia? Let's take a look at the hot spots, the cold spots and the downright foggy spots all in our quest to help you reach a state of weather happiness. We’ve thrown in a few quirks about how wildlife make it work for them too.

Let’s get straight to the point. Some like it hot. The desert areas of Namibia experience little to no rainfall, extreme temperatures and almost no humidity. In the summer the heat can make days feel brutal, in the winter the cold can make evenings feel the same, brutal. But don’t write this place off, if you hate feeling hot you can still visit just aim for the winter months and get up early to explore.

So when we say hot, what do we mean? In the summer temperatures may rise above 40 Celsius and can reach 50. In winter temperatures rise to about 20-25 Celsius but at night it may drop below freezing.

The Namib Brings Weather Happiness to... The Meerkat

Temperature fluctuations can be rather challenging but not if you’re a meerkat. These creatures are at home in the deserts and grasslands. In fact, they’ve adapted themselves to survive. And they seem to enjoy being in the sun, often basking in groups.

They can cope with the brightness of the sun too because they have the meerkat version of sunglasses. The black rings around their eyes reduce the sun’s glare and help them see more clearly, particularly useful for spotting predators too. Their thin fur and dark skin also helps them regulate their temperature, either by lying on their backs to warm up, or stomachs to cool down.

This is the panhandle, top right. The area formerly known as the Caprivi Strip. And this place is the wettest Namibia gets. It’s also a place birds flock too and hippos, crocodiles and elephants seek out. Humidity is high and there’s a hot tropical climate. It’s also the greenest region in the country.

So, with this in mind you’ll have to think about whether you can still feel happy on your hols despite the heat and the wet atmosphere. It tends to get particularly drenched in January and February and you'll need to bear in mind malaria too.

But. And it’s a big one. This place is superb. It ends at the only spot on the planet where four countries meet - Namibia, Angola, Zambia and Botswana - and it ends close to the Victoria Falls. Bird watching is excellent too and there are a lot of animals to see. Popa Falls is a marvellous place to visit as are the various national parks.

So how do the animals cope with the rain? Especially as warm blooded animals, including mammals and birds, can die if they get too cold and wet. Well, having fur and feathers help as it’s pretty water repellent. Do you know how waterproof coats work? It’s all down to the coating used in the manufacture and birds have their own version. They have oil glands near their tails and rub this oil over their feathers using their beaks. Learn from them and bring waterproof gear.

By the way, hippos close their nostrils which is an excellent party trick.

The Zambezi Region Brings Weather Happiness to... The Hippopotamus

Talking of hippos... they love it here. They have a thick layer of fat which keeps them warm even in driving rain. And when the sun comes out they happily sunbathe on the river banks. They don’t burn because they wear a type of sunscreen and produce their own version of SPF. They secrete two different pigments - orange and red. The orange is said to absorb UV rays, the red contains an antibiotic. So in a nutshell - their skin remains moist, is prevented from drying out and is protected from bacterial infections.

The Kunene Region is a stunning, remote part of Namibia where the formerly named Kaokoland and Damaraland are found. It’s mainly sandy desert, rocky mountains and stony plains. In the north west you will find Etosha National Park too.

The dry winter months from July to October are peak season in Etosha. As there’s less water around, animals head to the waterholes and draw in the crowds... The wet season is November to April. It’s not so easy to see animals en masse but it’s during this time that the babies are born. But don’t think of this place as terribly rainy, it’s not, and often when storms do come they are intense and short lived.

The Northern Region Brings Weather Happiness to... The Elephant and The Lion

Elephants have long been frequenting these northern parts of Namibia. They’re different from the African bush elephant and were thought to be a subspecies but in reality they’ve just adapted to cope with the weather.

They have a smaller body mass with proportionally longer legs compared to other elephants. Their feet seem bigger too which helps them walk miles across the sand dunes.

They survive by eating moisture-laden vegetation growing in ephemeral riverbeds and they can go for several days without drinking water. They bathe in mud or dust to cool down and protect their skin from the sun. They also have patches on their bodies which expand as it hots up. This directs blood nearer to the skin’s surface and these ‘hot spots’ help to keep them cool.

Lions are Africa’s largest predator. They can cope in the heat because they pant like dogs. They can pant up to 200 times a minute to cool themselves down. They also have very few sweat glands despite being covered in fur and are wise enough to rest in the shade and hunt at night too. The largest population of lions in Namibia can be found in Etosha National Park.

The Central Highlands separate the Kalahari from the dunes of the Namib. Namibia’s capital, Windhoek, is in the centre. There are many hills and valleys and numerous farms.

This area has been used as the base to rehabilitate rare species like the black and white rhino. It’s also home to buffalo, leopard, and cheetah. Winters are dry and cool and there’s not usually much rain between June and September, but it can get frosty.

The Central Highlands Brings Weather Happiness to... The Leopard and The Cheetah

The leopard is another wise feline who beats the heat by hunting at night. They don't need much water either and survive from the moisture they get from eating their prey.

The cheetah is built like a greyhound and is the world's fastest land animal. In contrast to the other cats they are actually diurnal hunters, they’re light enough in colour to decrease heat absorption during the day. They also have black markings or ‘tear marks’ extend from the eyes down the muzzle. They’re another example of wildlife sunglasses as they help with the glare of the sun.

Cheetahs aren’t desperate for water either and only need to drink once every three to four days. Many cat species also adapt to the heat by shedding their winter coats in the spring and they take a lot of cat naps on blazing hot summer days.

The Namibian coastline has a unique climate with little rainfall and a lingering blanket of fog for up to 200 days a year. Due to the cold Benguela Current along the Atlantic coast the temperatures drop a lot compared to other areas of the country.

The constant south-westerly wind means temperatures don’t change much but in winter it can feel colder and windier. If that sounds too chilly then aim to visit during the warmer months, from October to March. These months see a little bit of rain, which keeps the skies clear. Mornings are not as foggy and it’s warmer at night.

The Skeleton Coast Brings Weather Happiness to... The Sea Lion and The Beetle

Sea lions know how to sunbathe. They get together in large colonies and lie on their sides. You’ll often see them raise a flipper thus allowing the sun to warm them up, as their blood heats up it circulates the body and they feel all toasty.

Fog basking beetles love it here. The clue’s in the name. In the very early morning, the dunes in the coastal fog belt are a particularly good place to look for them.

A Note on Climate Change

Undoubtedly, climate change has caused a lot of weather unhappiness for many people. In Namibia there have been both droughts and floods. The south and west have also experienced unusually high temperatures. Global warming is believed to be affecting sea levels. It’s predicted that by 2100 the Namibian coast will rise between 30 and 100cm and warm the Benguela Current. Experts believe this will have a negative impact on Namibia’s marine life and fish stocks.

Changes in rainfall and temperature will also impact heavily on Namibia’s biodiversity and ecosystems.

Africa's weather patterns are becoming increasingly unpredictable and we humans are rather pathetic when it comes to naturally protecting ourselves from the sun. Consequently, go prepared. Sunblock and hats for hot days, warm clothes and a woolly hat for cold ones. A decent sleeping bag if you’re camping too.

A storm may light your fire, the heat might make you sweat, only you know your weather utopia and we can help you find it. 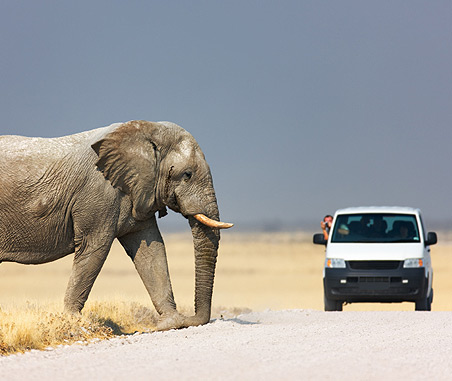 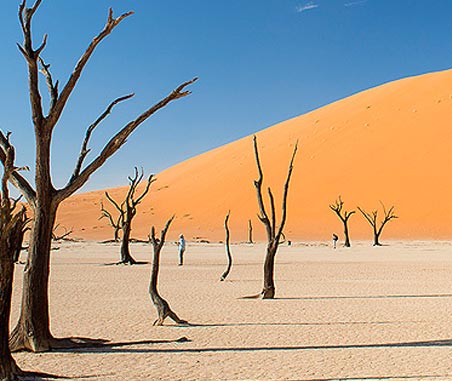 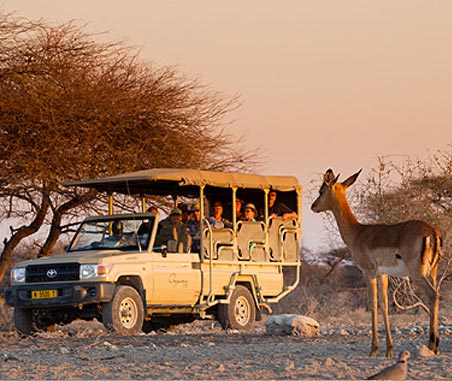 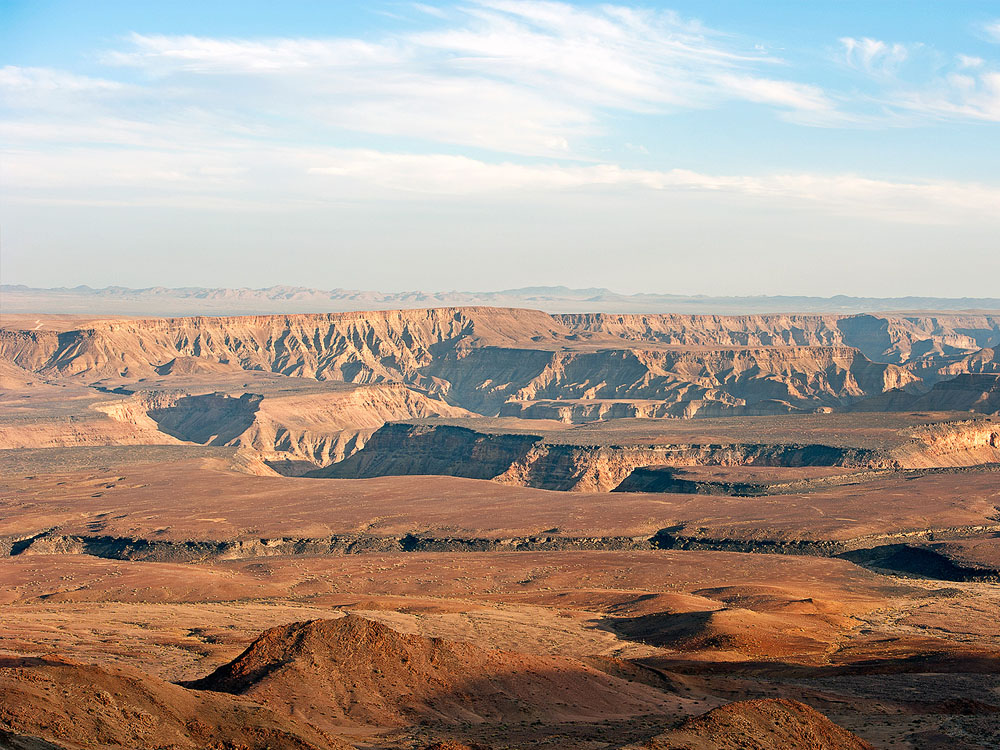 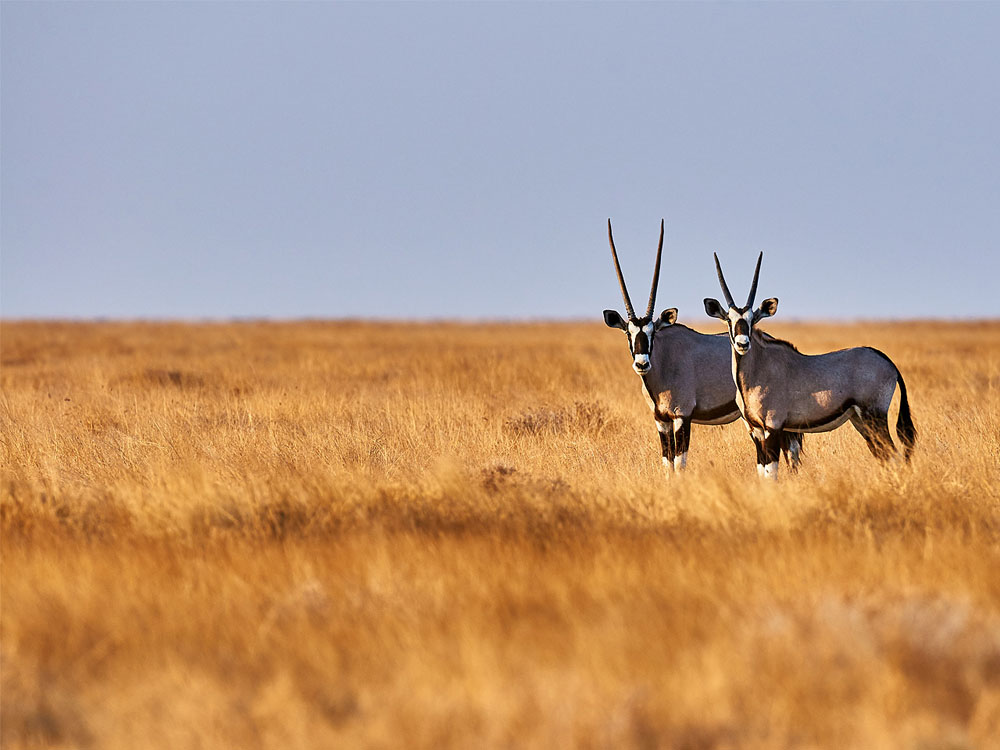 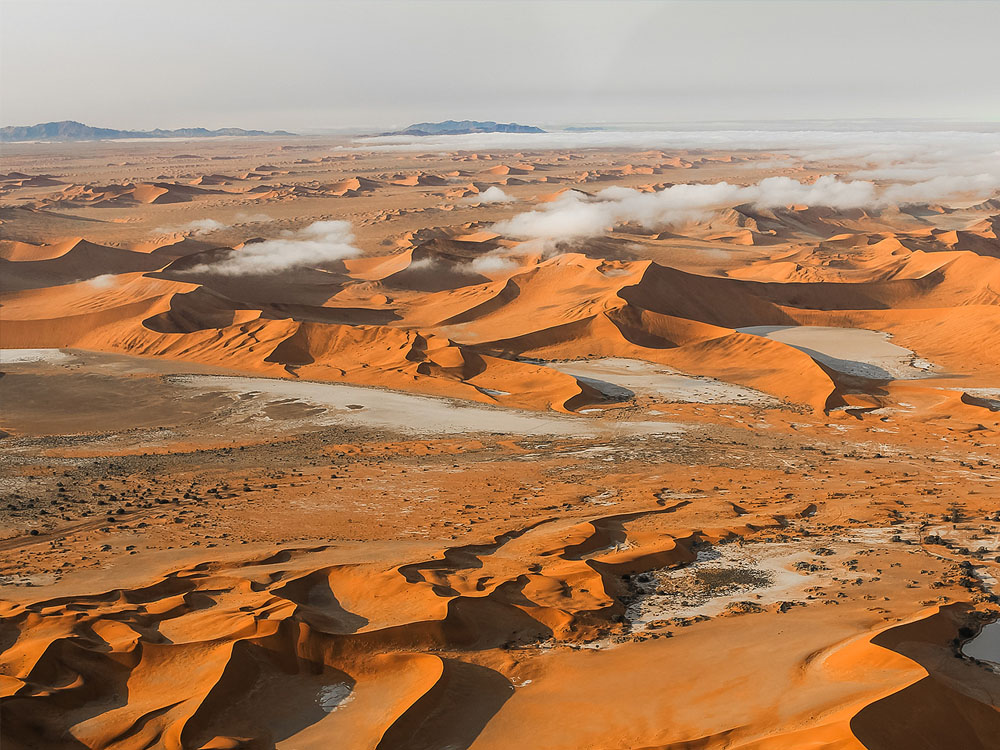