South Africa
A raw, rugged stretch now seen as an important biodiversity corridor. Endangered vegetation thrives as do creatures great and small. Birds are on to a good thing too with the internationally renowned Langebaan Lagoon and Dassen Island. 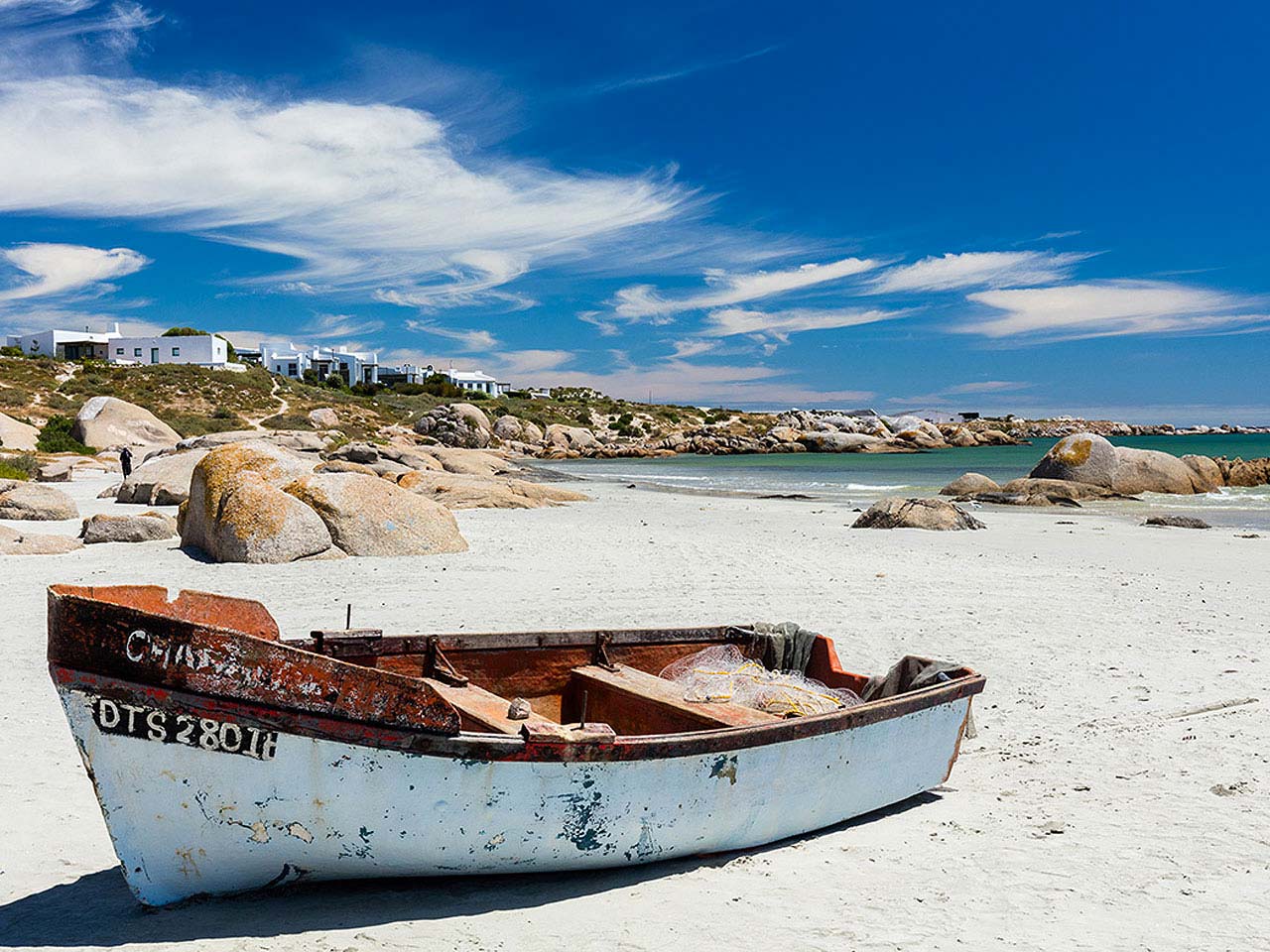 Peace for the 250 bird species, reptiles and mammals. Whales visit. Eland, hartebeest, zebra, steenbok. The Heaviside's dolphin is regularly seen as are southern right whales. African penguin and pelicans too. If you want to see the flowers going ballistic and hurling their colours all over the floor aim for August and September and go to the Postberg Flower Reserve. It's in the national park and is only open when the flowers bloom, giving the area time to recover.

One of the best way to get around is by bike. But if you're feeling particularly fat and lazy get yourself an e-bike. You can hire one of these motor-assisted beauties. Off, off, off you go.

Paternoster. The first two words of the Lord's Prayer. “Our Father”. The place is named after the prayers of shipwrecked Portuguese sailors. Whitewashed homes. Traditional fisherman architecture. Crayfish for dinner. It's one of the oldest fishing villages on the West Coast . Sandy beaches, stacks of flowers in spring. The West Coast Fossil Park is nearby. A heritage site with one of the greatest diversities of fossils ever found. 200 different kinds, 5 million years old.

North of the West Coast National Park is Langebaan. A windy town with a thumbs up from the windy water sports people. Windsurfers, snorkellers, wake boarders, water-skiers, kayakers, kitesurfers. The lagoon is a wetland of international importance. Clearly you will want to bird watch. Tiny chestnut-banded plover, ruff, curlew sandpipers. Many, many, many. Heron, ibis, egret. African hoopoe.

Interesting fact: A set of fossilised female footprints were found on the shore of the Langebaan Lagoon in 1995. The woman walked here 117, 000 years ago. Known as ‘Eve's footprints' they are the oldest footprints found belonging to an anatomically modern human.

Churchhaven is a darling little sanctuary. A village off the beaten track with ostriches and flamingoes hanging out.

Yzerfontein has the 16 mile beach which stretches to the West Coast National Park. They too have a pile of flowers in spring. Bird watch ostrich snacking on blooms as they wander by. 60% of West Coast line caught fish is Yzerfontein fish.

Saldanha Bay is a harbour town with the largest and deepest natural bay in the country.

100km of heavy duty mountain. The sandstone is richly coloured by iron oxide and eroded into odd shapes. This has led to names for the odd bits like Wolfberg Arch, Lot's Wife and the Maltese Cross. The Stadsaal caves are worth a look as are the Bushman rock paintings. Fossils of 450 million year old fish have been found too.

The mountains stand above the Oliphants River valley. You can swim in natural rock pools at Algeria Forest Station or Maalgat. Black eagle, antelope, baboon and even the elusive leopard.

Get your trekking pole and go. Are you ready boots? Start walkin'.