This is cheetah land. Fierce, fast and furry. No loud, lazy lions. These cats can’t even roar but they do like a good purr. Pitch your tent. It's safe. Go check out the work of the AfriCat Foundation. 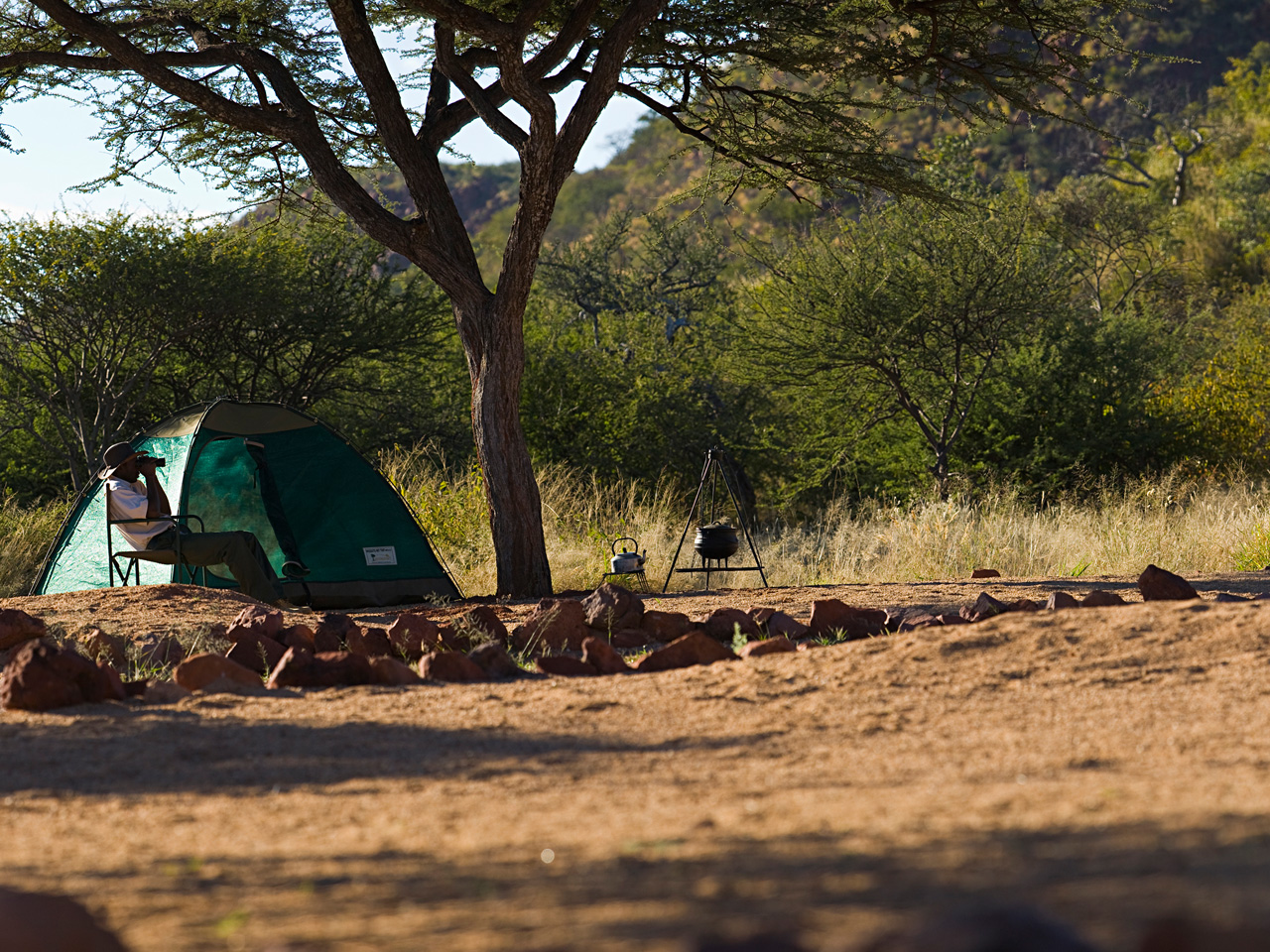 It’s not just cheetahs but leopards too - it’s all about looking out for wild carnivores. Literally and figuratively. Camping is in the 2000 hectare non-rehabilitation area at the foot of the Omboroko Mountains. Sandy, shaded, secluded.

4 campsites which share a swimming pool. A little circle of blue in a little patch of lawn. An incongruous touch reminiscent of the early days of Okonjima. In those days the first rescued cheetah would wander up for a fuss as afternoon tea was served.

Camp Koshi: the smallest site, it can take about eight people but there’s only really room for one vehicle. The shower is under roof and doesn’t have a view but the toilet does. Bonus. It’s a bit of a walk though so take your torch at night.

Camp Kendi: both the shower and toilet are under roof and this site can accommodate more than one vehicle.

Camp Chilala: open air shower and toilet with views. This site can accommodate more than one vehicle.

Camp Chimelo: open air shower and toilet with views. This site can also accommodate more than one vehicle.

Campers are not allowed to use the Lodge facilities.

Visit the AfriCat Foundation. This is a day centre so you're welcome to stop by and see what this project is all about.

Other activity options would include a visit to the Carnivore Care Centre, track leopards, hyaena and rhino. Take the Bushman trail and learn about the indigenous people.

Note: Keep in mind that the 'other' activities cannot be booked in advance. Activities must be booked direct at the lodge as this is on an availability basis - lodge guests get first pick. 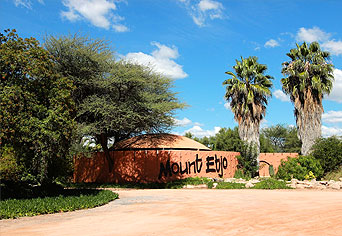 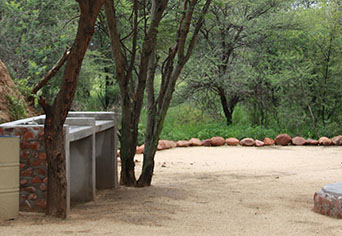 The oldest game farm in Namibia and home to over 25 game species, and guess what? It’s your playground. A smooth riverbed ready for tent pegs. Otjiwa Safari Lodge is a 30-minute drive from Otjiwarongo and surrounded by 12,000 hectares of freedom and blue sky.
Our review of this property has not yet been added. Watch this space. We're working on it. 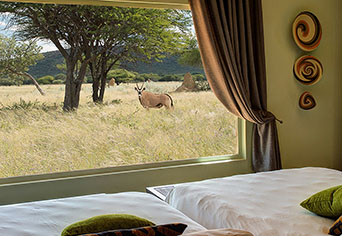 Okonjima is a family-owned portfolio of lodges on a massive private reserve halfway between Windhoek and Etosha. The main lodge was the Hanssen's farmhouse before it was converted in 1992 and it offers comfort and seclusion in a dramatic African setting.
Our review of this property has not yet been added. Watch this space. We're working on it.