River views and roaming elephants. A hair salon in a tree house and a golf course. This is the Mowana Safari Resort & Spa. Lying on the banks of the Chobe River, it’s in a small town called Kasane in Botswana. 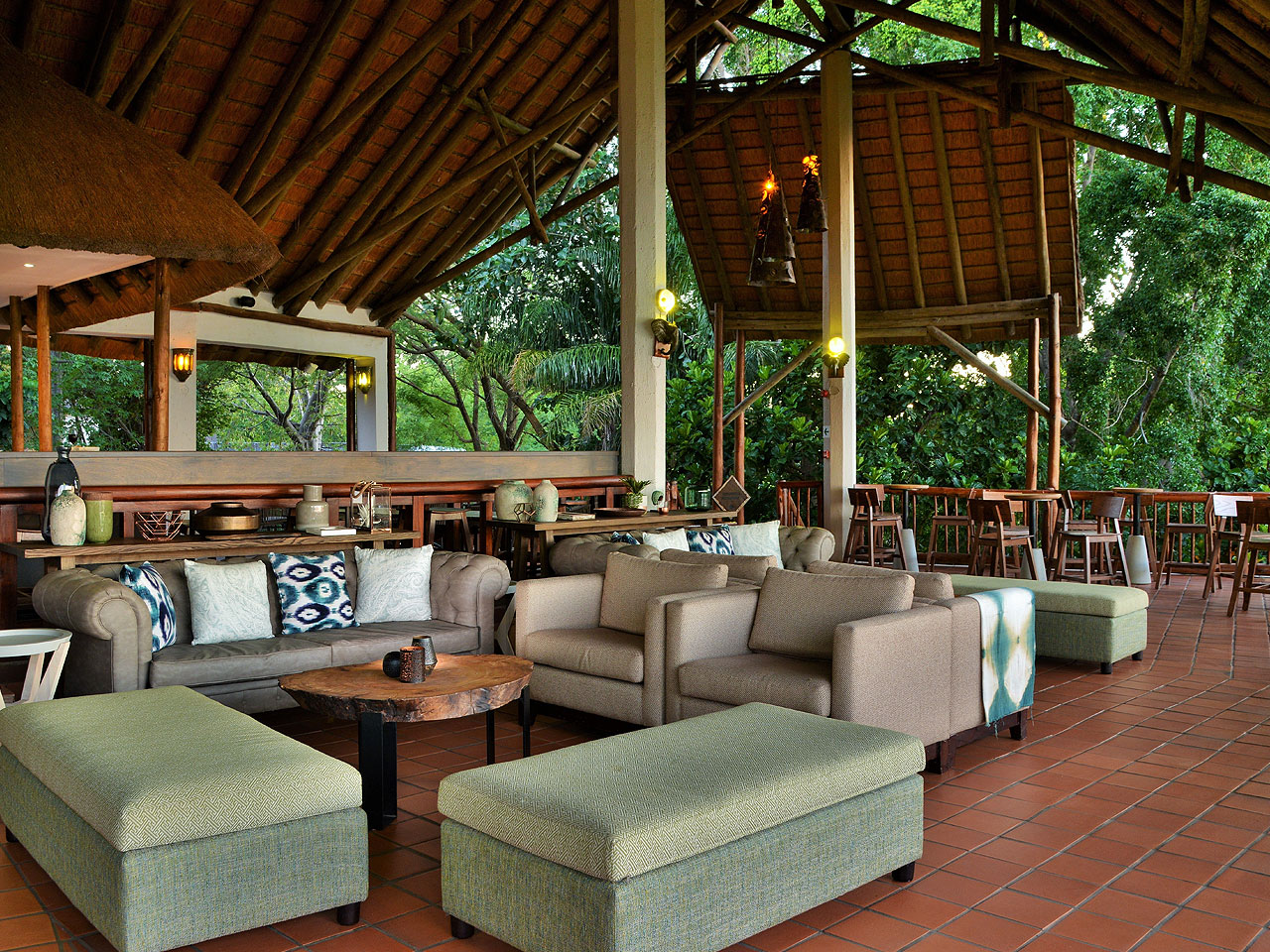 It’s also close to the Sedudu Gate entrance to the Chobe National Park.

The little beauty was named after a movie star. The Lion King, Avatar, Madagascar all feature on its biog. But this star is the most beautiful of all. It’s a tree. Rafiki the monkey’s tree, the Tree of Souls and it even turns up in children’s novel, The Little Prince.

It has a striking silhouette. Familiar to anyone who has spent time in rural Africa. Particularly at sunset. Can you see it? There, the mowana otherwise known as the baobab.

A prehistoric species which predates both mankind and the splitting of the continents over 200 million years ago. And native to the African savannah. It’s a succulent, so in the rainy season it absorbs and stores water in its trunk, and then, when it’s the dry season produces a nutrient dense fruit. Incredible. Considering all around is dry and arid. And this, this is how it became known as "The Tree of Life".

Strange looking, it can grow to be enormous. Up to 30m high and up to 50 metres in circumference. Seriously impressive. And they live a long, long time. Seriously. Seriously, seriously, seriously. Some are thought to be 5,000 years old. Like this lodge. Well, not the lodge. For this is a luxury place, built around a baby baobab. This love is thought to only be about 800. Bring cake and a lot of candles.

There are lots of legends about baobabs. One suggests God got rather angry,  uprooted one and flung it to the ground. Upside down. Why? Because it kept walking when He first planted it into Chobe soil. Naughty baobab.

There are 112 bedrooms with air-conditioning and en-suite bathrooms. Doubles, twins.

And there are 4 luxury suites, including the Clinton Suite. This one’s dedicated to former US President Bill Clinton, after he visited the resort in 1998. We are making no comment. And no jokes. Moving on.

All rooms and suites face the Chobe River and are equipped with tea/coffee-making facilities, ceiling fans, mini bars, hairdryers as well as mosquito nets and electric insect repellents. They also have satellite televisions and direct dial phones.

You can eat onsite too. Both the Serondella Restaurant and Savuti cocktail bar overlook the river as well. An abundance of wildlife heads to the river at twilight, so this is the place to be. The happening club, the top night spot. This, my friend, is the Chobe River. And it’s about to party.

So, you, get ya hair done, have a swim. Or perhaps reverse the order of that.

Play tennis, have a round of golf. There’s a 9-hole course.

You can also go walking or mountain biking. Take a breakfast or sunset cruise down the river or float along in a mokoro or motorboat and try and catch a tiger fish.

And of course, there, right there is the Chobe National Park. The lodge offers numerous opportunities for guided game viewing. By day or night. It’s not uncommon to see hundreds of elephants on these floodplains at one time.

Go through the Sedudu gate and explore the national park. Here, antelope, giraffe, zebra, lion and leopard roam free. And, of course, the Chobe Game Reserve is famous for its enormous elephant population. There are almost 45,000 of them as well as 450 bird species. The park also has a couple of indigenous animals, namely the puku and Chobe bushbuck.

Or go up. Literally. Into the air and take a helicopter trip to the nearby Victoria Falls.

If you want to experience some local culture there’s an African village close by. Try local food and watch tribal dancers. 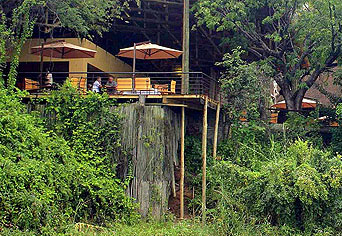 Under One Botswana Sky comprises eight safari lodges and camps and one of the lucky winners is Chobe Safari Lodge, in Kasane, Botswana.
Our review of this property has not yet been added. Watch this space. We're working on it. 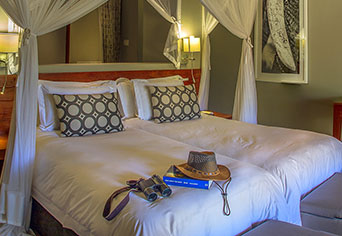 Anything "Chobe" is always a good idea if amazing game viewing and beautiful settings are your goal. With three airports nearby, getting there is a cinch and the cream on top? Victoria Falls is an easy day trip or overnight away so you've no excuse to not experience that awesome spectacle.
Our review of this property has not yet been added. Watch this space. We're working on it. 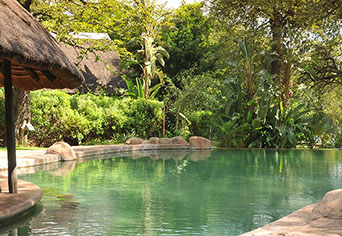 River views, warthogs and dodgy TV signals. Don’t rely on technology but do count on wildlife aplenty: elephant, buffalo, hippo, crocodiles. And that's just on your front lawn.
Our review of this property has not yet been added. Watch this space. We're working on it.