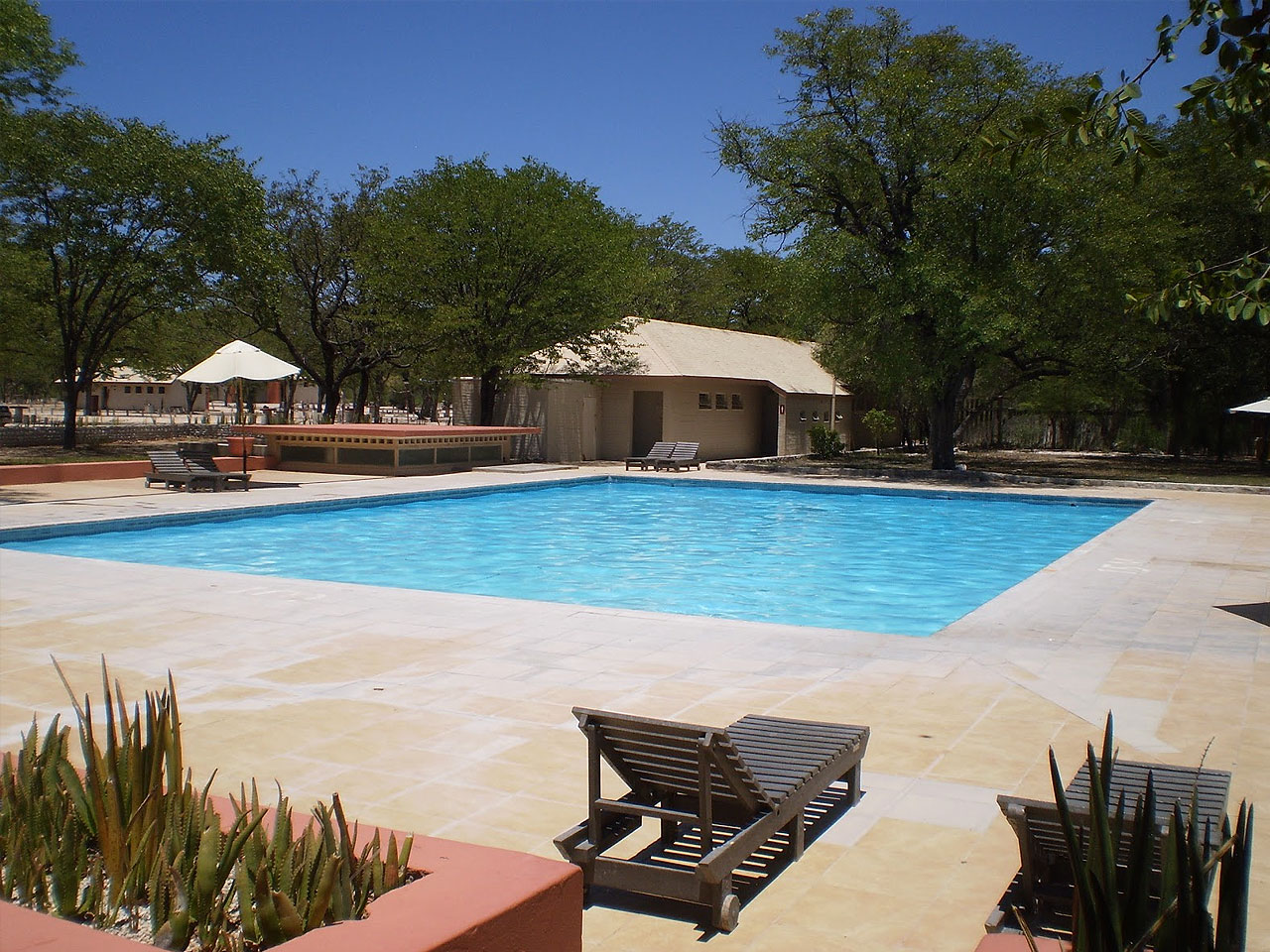 Bear in mind this is a large government-run restcamp. Don’t expect much personal attention or extensive facilities. Best arrive with the attitude of pitching your tent and going with the flow. Don’t sweat the small stuff. It can be dusty, but it's Africa, it can be a bit run down, but it's a great location. You're right in the middle of the park and it's reasonably good value.

Halali lies between the two government-run restcamps of Okaukuejo and Namutoni and is well signposted from both. It can be accessed from either the southern Andersson’s gate or the eastern Von Lindequist gate.

So what’s the ethos here? Well, Halali is the German word for the traditional ending of a hunt. Consequently, the camp signifies the end of game hunting and the rise of eco-tourism in Namibia. It's one of only five camps and lodges inside Etosha park all of them government-run.

Halali stands beside one of the few hills in Etosha. It’s the smallest and quietest of the original restcamps, although don't expect silence: this is a popular place and is much larger than most private camps in Namibia.

In a way Halali is a bit like in a small village. There’s a shop and a fuel station as well as a restaurant and a big swimming pool, which campers can use. It’s reminiscent of one of those open air municipal pools. But don’t expect a lifeguard.

The restaurant is big and open-plan with sliding doors on either side. The walls are covered with animal paintings, and tables are set out individually. On one side of the restaurant is a small bar, where a kiosk window opens to sell snacks during the day. Lunch isn’t served. Halali's restaurant is very much a canteen and all meals are served buffet style.

Everything is linked by a micro network of roads and footpaths.

Obviously the single most important draw card here is the floodlit waterhole. Sit on the rock terrace and check it out at any time, day or night. Sightings are generally good and people have seen black rhino here.

You’re in Etosha, so, enjoy. Driving yourself around is easy, as long as you’re back by sunset. You’re not allowed to self drive at night, so it’s worth paying for a night drive safari. You can also go on both morning and afternoon guided safaris too, if you fancy it.

Some of Etosha’s most popular waterholes are very close to Halali, including their own floodlit one. Consequently, it can get busy. With both visitors, boo, and wildlife, yay!

Etosha is home to over 114 species and is one of the largest savannah conservation areas in the whole of Africa. There’s rhino, leopard, elephant, cheetah, zebra and giraffe. Etosha means ‘place of dry water’ and it sure is. Hence the waterhole frenzy. The whole place is a massive, flat salt pan. It only fills with water during the summer months of October to April. This barren, level landscape makes spotting the animals relatively easy and the lack of water results in phenomenal sightings throughout the day and night at the various watering holes.

There are also over 340 species of birds here. Look out for hundreds of pelicans and flamingos. They’re quite the sight. 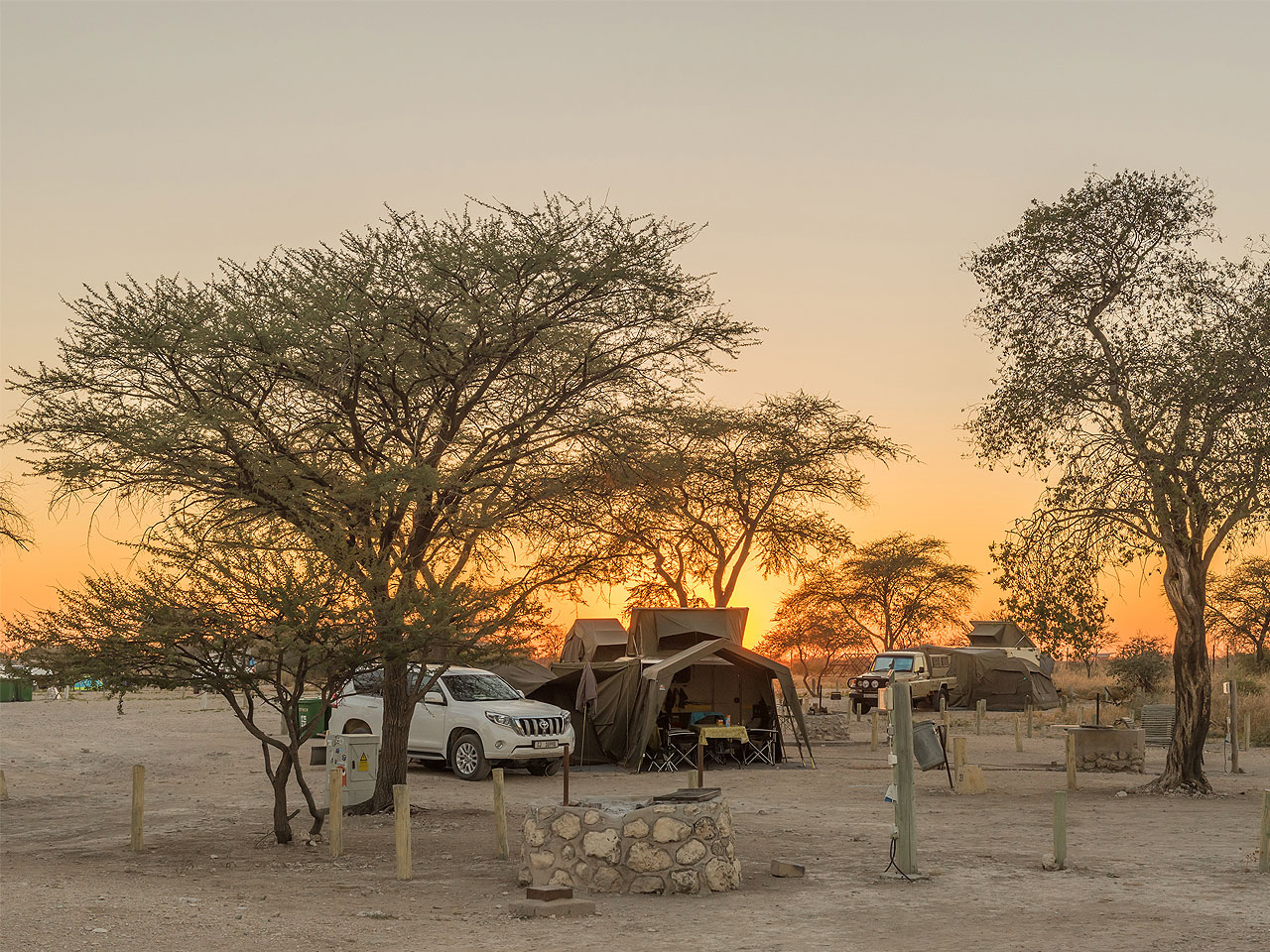 Okaukuejo Camp is inside Etosha National Park in Namibia. Consequently, you get to enjoy the nightlife. Those staying outside of the park do not, as the gates are closed. The oldest and most popular camp it’s a busy, bustling place and overlooks a floodlit waterhole.
Our review of this property has not yet been added. Watch this space. We're working on it. 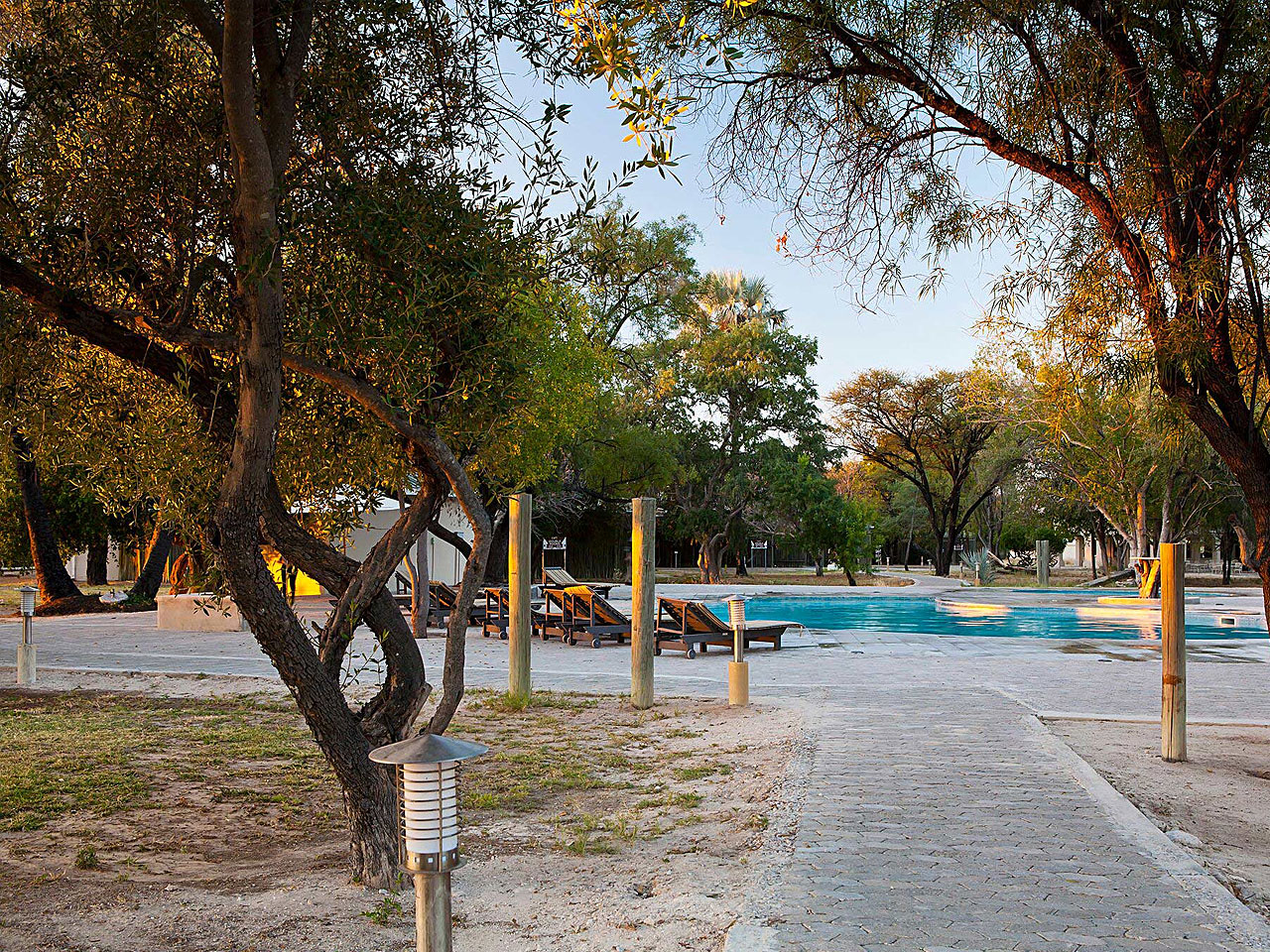 The old German Fort is the base for Namutoni Restcamp. Climb up one of the towers and look out over the vast expanse of the Etosha National Park. Ideal at sunset. The only campsite inside the park on the eastern side and there’s a flood-lit waterhole.
Our review of this property has not yet been added. Watch this space. We're working on it. 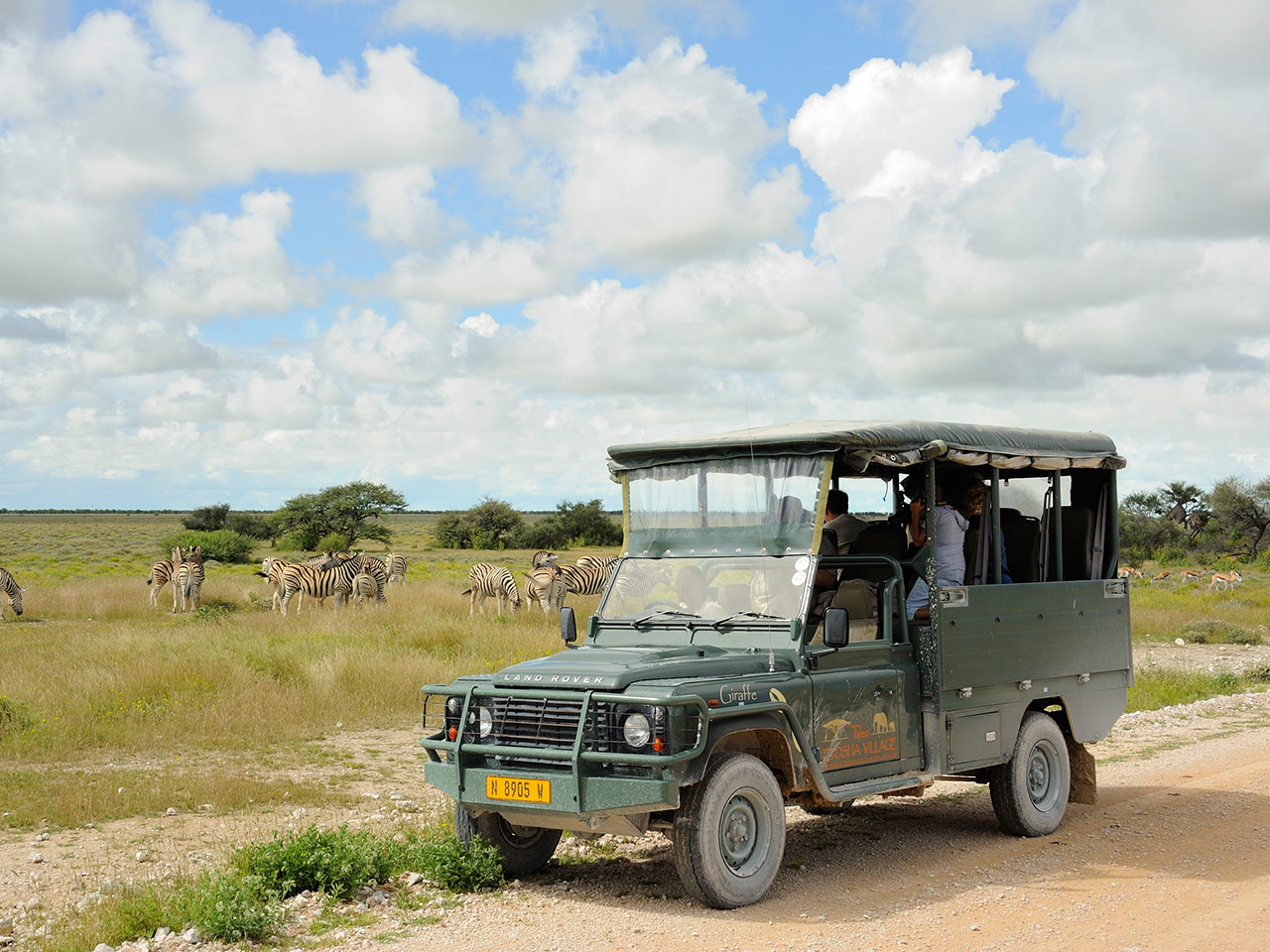 So close to Etosha National Park, Etosha Village Campsite is the perfect place to pitch your tent and set up camp for a few nights.
Our review of this property has not yet been added. Watch this space. We're working on it.