High up on a large granite outcrop looking out over one of Zimbabwe's most beautiful scenes, Big Cave Camp is a thousand-hectare piece of paradise under the sun. 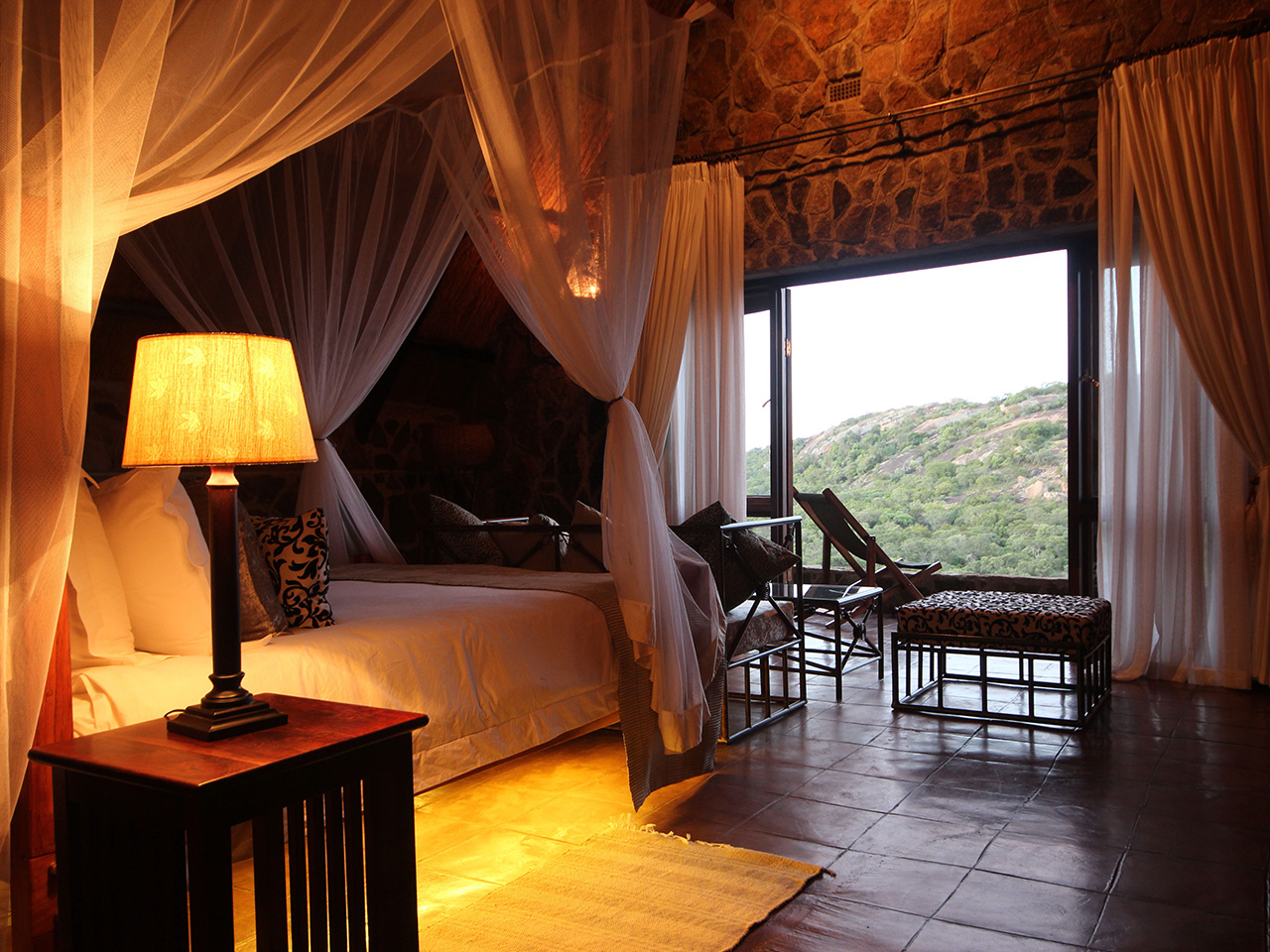 Big Cave Camp is a Matopos institution that has been family-owned and run since 1947 when Cyril Waddy bought a large chunk of wilderness on the edge of the Matobo National Park. Now run by Cyril's son, Dave, the camp has taken on a somewhat more luxurious and dare we say decadent approach to enjoying the wonderful bounty of the Matobo Hills since those early days.

With just eight chalets accommodating a maximum of 20 guests, Big Cave is as intimate as the hills are serene. The enormous chalets are made of local granite and thatch, tucked into and around the boulders and looking out over such scenes as made old Cecil wax lyrical and insist on being laid to rest just a few kilometres east of here.

The main lodge is built around a giant boulder. The lounge area is festooned with sofas, armchairs and Persian rugs, the dining area and bar are a cozy combination of comfort and all face out to the amazing views across the hills.

Yet for all the manmade luxury, the best parts of Big Cave are natural - the rock pool and the campfire in an amphitheatre of rock are where you'll spend your days and nights before and meals and activities.

Big Cave Camp is one thousand hectares of private nature reserve adjacent to the Matobo National Park, a UNESCO World Heritage site for its cultural significance not least of which is the extraordinary concentration of San rock art and political shape-shifting in the intervening years since those pre-historic times. To this day, the region commands a profound spiritual respect over all who enter these hallowed grounds.

Walking is the feature activity at Big Cave as you scale gentle slopes and lush valleys on an intimate natural adventure where everything has a story: plants, birds, balancing rocks, history, the odd antelope and maybe, just maybe, a leopard or two. Inside the Matobo Park, your guide will take you on a walking safari to track the well-protected black and white rhino. Other rare animals include the brown hyena, roan and sable antelope and a high concentration of raptors. 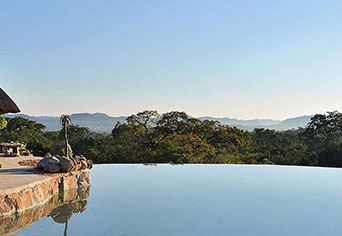 A peaceful, luxurious and unique safari lodge built into the rocks of the spectacular Matobo Hills of southern Zimbabwe.
Our review of this property has not yet been added. Watch this space. We're working on it.