Look. There. Miles in the distance. What is that? It sure ain’t no fire burning. No smoke on the water. It’s mist. With the river running through it. It’s so noisy the Kololo called it Mosi-oa-Tunya, ‘the smoke that thunders’.

These shenanigans have been going on for some two million years. Humans have been wandering about in awe for almost as long. Petrified too. For centuries local African tribes have had a sacral fear of the waterfall. Who can blame them? Is there a gift shop selling earmuffs? What? No, get out. This is nature at its most mighty. High and mighty. The veritable beast.

Victoria Falls is on the Zambezi River, the fourth largest river in Africa. If you’re 4th is that worth a mention? It’s not even bronze is it? Anyway, midstream is the border between Zambia and Zimbabwe. Got your bearings? Good. At the point where the river crashes over the lip of the basalt plateau, creating the said falls, it’s more than two kilometres wide. That’s why it makes such a mighty roar. That’s a lot of water to overflow. And it’s a long way down too. 108 metres to be precise. It’s actually twice the height of North America’s Niagara Falls and produces the world's largest sheet of falling water.

David Livingstone named it after Queen Victoria in 1855. Good grief. What was he insinuating? Anyway, he quickly pulled it back two years later by writing that no one in England could imagine the beauty of this scene. Phew. Good work David. He added that most probably angels were admiring the scenery while flying nearby. Alright David. Calm down. The Queen is chuffed.

But despite his glowing write up, the waterfall was hardly visited. David must have wondered why. Then one day in 1905 a railway was built. To Bulawayo. And everyone loved it.

Hundreds of thousands visit now and the falls have been named a UNESCO World Heritage Site. Tourism reigns on both sides of the river and there are national parks for both Zambia and Zimbabwe on either side of the river. They are quite pricey.

Bear in mind that the water level varies throughout the year. In April, at the end of the rainy season, there’s literally tonnes of water. Think 500 million litres. It’s at its lowest level in October and early November and can even be rather underwhelming. And so nothingy that you can walk through some parts of the waterfall. For goodness sake, don’t try this at any other time of the year. You’d be very wet. And no doubt pulverised. Not fun.

You can fly into Victoria Falls town in Zimbabwe or the Livingstone in Zambia. Or overland it.

The falls are a clever old joint. Remember all that mist? And what does mist make? Moisture. Lots. Consequently a rain forest-like ecosystem has sprung up adjacent to the falls and on the opposite cliff. There’s mahogany, ebony, fig, palm. These plants are rare for this area and wouldn’t be here if they weren’t convinced they’re in a rainforest. There’s loads of Mopane woodland which is more familiar.

And what of the beasts? Well, raptors are pretty enamoured with the place. They’ve taken a fancy to the gorges and cliffs. 35 species consider the falls home. Look out for Taita falcon, black eagle, peregrine falcon and augur buzzard.

The river above the falls are a haven for large populations of hippopotamus and crocodile. Elephants cross the river in the dry season at particular crossing points. Throughout the national parks there are yet more elephant and buffalo and zebra. Lots of babbling baboons too.

39 species of fish swim below the falls and 84 above it. Why don’t they fall off? Yet again, nature showcases its brilliance. There is no way 84 humans would stay at the top. Someone would explore. Foolhardy fool.

Do you want to watch from above? Then take a helicopter tour.

Do you want to feel out of control, like the river? Then fling yourself off in a bungee jump. Or go white water rafting. Again, think about the time of year you go because not all activities can run when the water is at its most vicious.

But there’s always a lot on offer. Including mass contemplation. There are many walking trails and many viewpoints. Knife Edge Bridge and Victoria Falls Bridge are good. You can also watch from the river below the falls - a good way to experience the sheer power of the place in close up.

Some say Zimbabwe has the better ‘complete’ view year round but Zambia is the only side where you can walk down to the falls.

At night, if there’s a full moon, a "moonbow" can be seen in the spray instead of the usual daylight rainbow.

If you really want to be crazy there’s a famous feature which is the naturally formed ‘Armchair’ or ‘Devil's Pool’. At certain times of year, you can splash around in relative safety a few feet from the edge. Yes, you read that correctly. The edge. The point where the water cascades over the falls. Occasional deaths have been reported when people have slipped over the rock barrier. Hmm. Up to you to decide if this is a good idea or not. 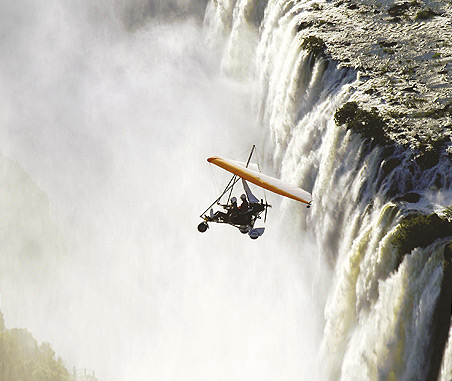 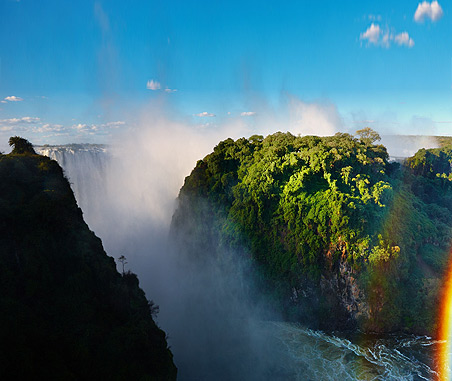 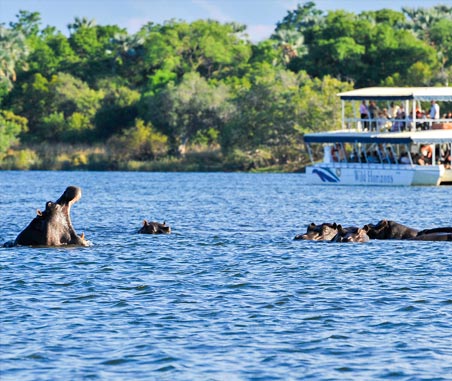 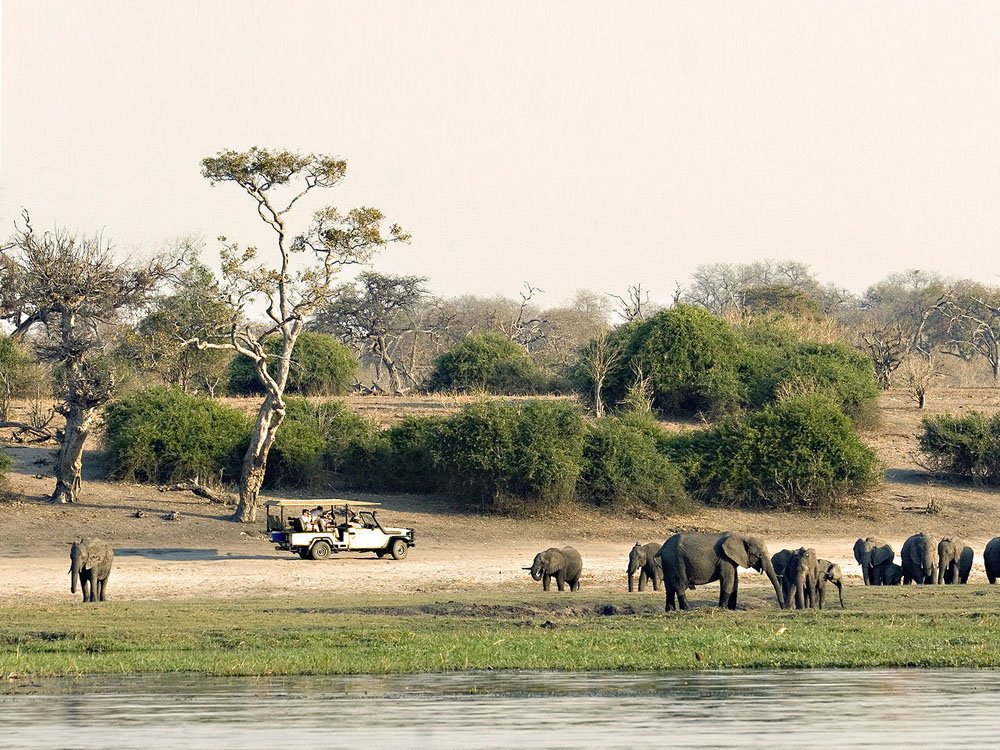 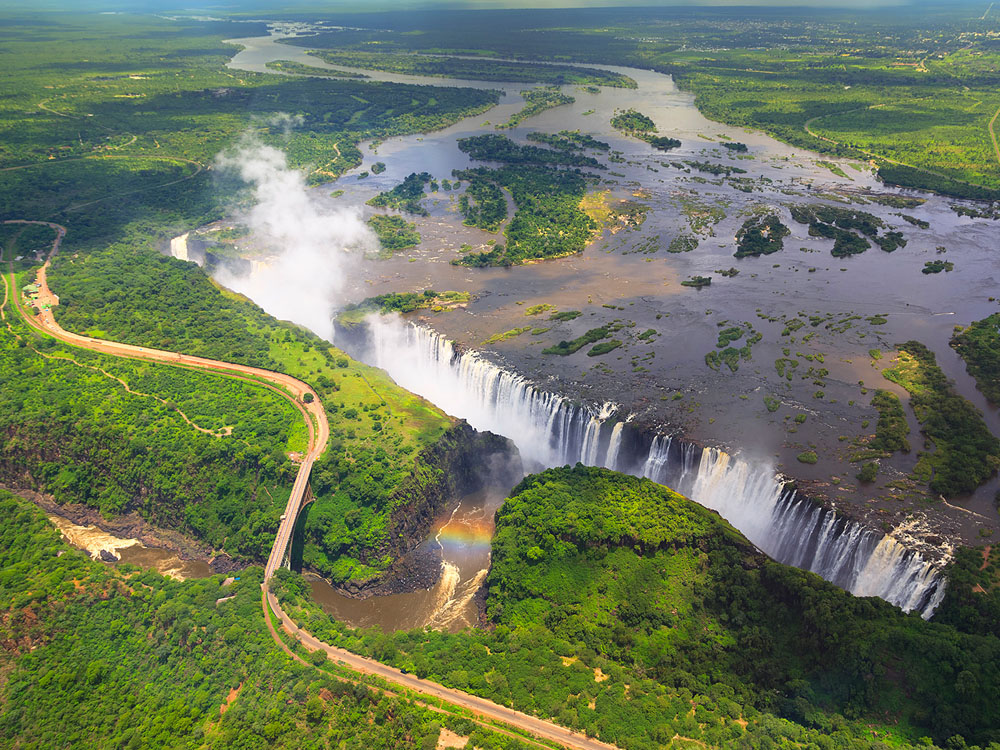 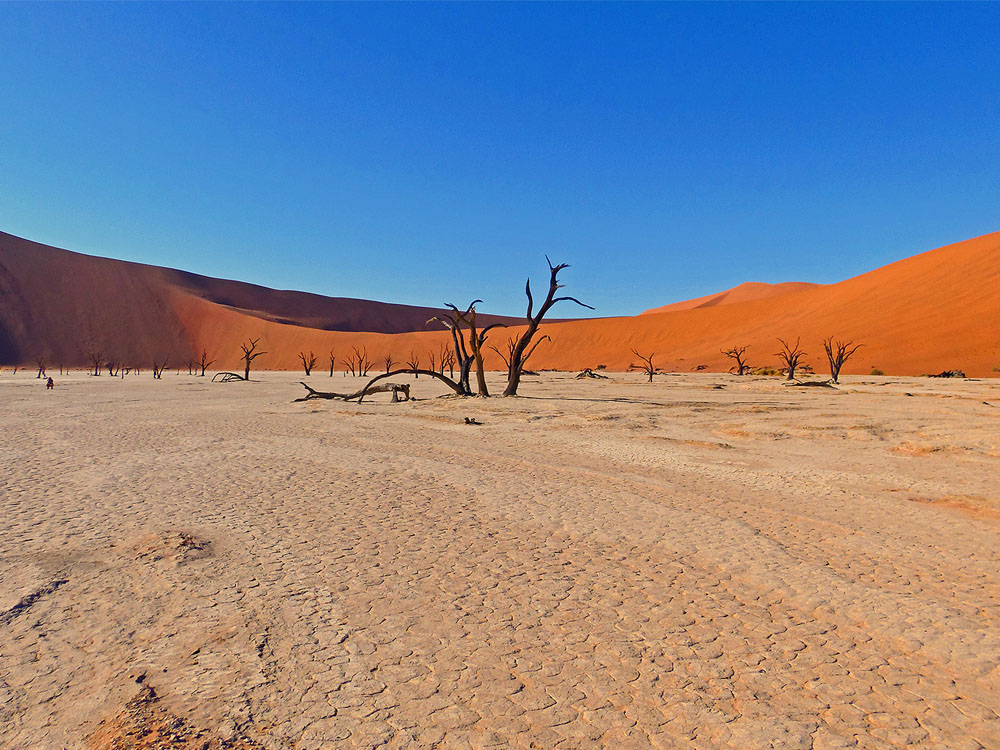