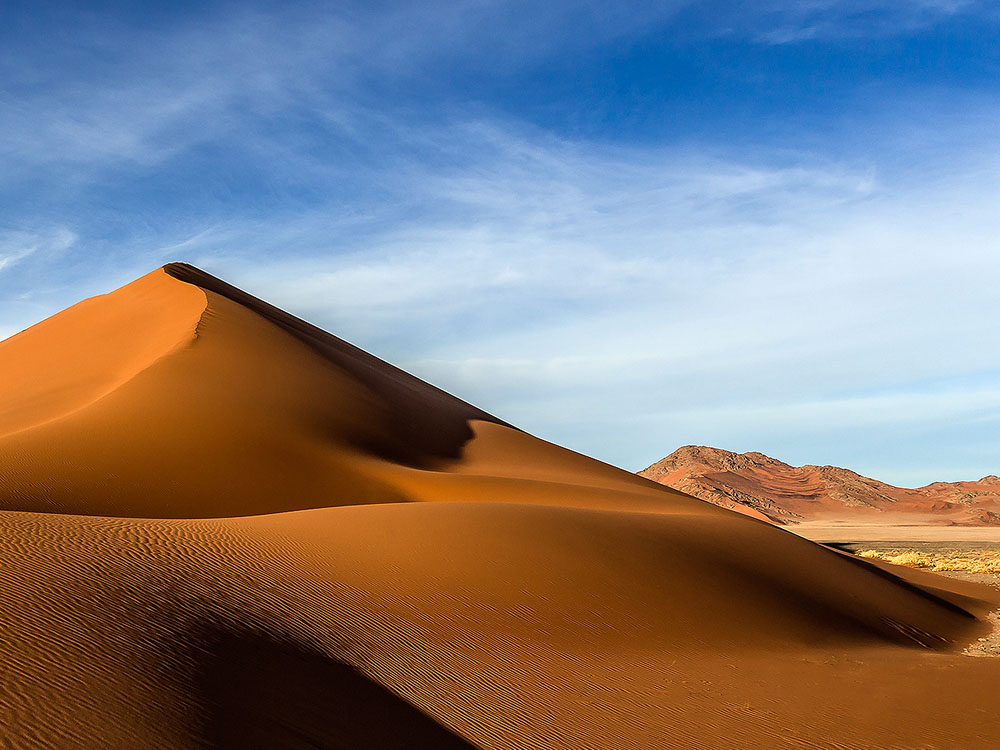 You’ll begin by heading to the Namib Desert; a sea of dunes, a great sand sea in Sossusvlei. The only true African desert south of the equator. Then you’ll fly high along the Skeleton Coast to Swakopmund, a town which seems to have landed here. Incongruous in its setting, an isolated coastal town, a mecca for holidaying Namibians. Next stop, the gemstone beaches of Mowe Bay before you have a complete change of gear. It’s Etosha time. Wildlife and game viewing galore. Grab your khakis, camera and binoculars.

You’ll start with a 2 night fly package to the Namib Desert. The oldest desert on earth. And arid for the past 15 million years despite the ephemeral rivers that flow here. The may only flow briefly, but then they store water beneath the river bed. Clever. It may not be quite as dry as it seems on the surface.

On the way: You’ll be met by your NTS representative and given your travel documents. You’ll then meet the pilot and check in for your flight and briefing. Sit down, belt up, crosscheck. Private charter flight from Windhoek to Sossusvlei, flight time 1 hour 10 minutes. Look out. Stunning. The Namib Naukluft Mountain Range. Doors to manual and then head to the car where you’ll be driven to your lodge.

When you're there: Ah, the bliss of a guided Sossusvlei excursion. Complete with a picnic lunch in the dunes. And local branded drinks. Which are better than that sounds. Especially when you’re hot, hot, hot in the stark, stark desert.

Sossusvlei is the biggest of four pans in the area. Great pyramid piles known as star dunes just, well, sit there. Waiting. Nearby, older and deader (not a real world but a good one in this context) is Dead Vlei. These pans afford you the tallest dunes in the world, some as high as the Empire State Building. Dead Vlei was once like Sossusvlei, with the river nourishing desert life. Tis no more. 900 years ago the sand sea finally blocked out the water. Highlights include Dune 45, Big Daddy and Elim Dune. Dune 45 is 170 metres and 5 million years old. The sand was blown from the Kalahari Desert. It’s 45km from the Sesriem Gate, hence the catchy moniker.

Big Daddy thinks he’s the main dude with his 325 metres of sand but he’s not. Dune 7 is king, he’s 383 metres high. Elim Dune is rather lovely. Vivid colours which contrast at sunset. High and relatively isolated. By the way, you have a sundowner drive included. Nice. Look out for falcons in the car park trees and bow at the grace of Sesriem Canyon - one of the few places in the area that holds water all year round.

Next stop, the Skeleton Coast... From the air, it looks rather idyllic. A peaceful sea breaking over the shore. Majestic dunes. From land, it's a different story. With the evidence compelling. It’s been hard for man and beast to survive here. Long, skinny, inhospitable. In this 6,500 square mile national park, you’ll see clay castles, shipwrecks and seals.

On the way: You’ll fly out of Sossuvlei in a private charter plane. A scenic flight. And what a scene. High above those dunes you were marvelling at yesterday. The sandy cliff like Lange Wand will blow your mind. Old diamond mines. Shipwrecks. Welcome to the Skeleton Coast. After an hour and 30 minutes, you’ll land in Swakopmund to refuel.

Want to continue on to the lodge further along the coast? No problem. Refuel and off you go. Want to go see Swakopmund? Sure. Transfer and go wander. The pleasures of a private charter.

Swakopmund. Palm-lined streets, seaside promenades. An unlikely companion to the Skeleton Coast. Definitely meander the main streets. Maybe go grab a bite to eat or at the very least a good cup of coffee and a slice of cake.

Further north. Your flight takes you along the coast. Look out for Vlotskasbaken, a random holiday settlement between Swakop and Henties Bay. Continue north, quite a way north (about a one and half hour flight). Look out for a few of the shipwrecks and on to Mowe Bay where you will land.

Your transfer to the lodge is a nature drive and a scenic one at that. Marvel as you disappear into the desolate Skeleton Coast National Park. There's little here but you and the lodge and untouched wilderness.

When you're there: You’ll take a game drive within the Skeleton Coast National Park. 40 km wide and 500 km long. Wow, you were dished harsh cards if you were born here, whether you’re flora, fauna or man. Huge bleached whalebones, rusting ship hulls, dead plants. How nature fights to survive. The footprints of desert animals, searching for sustenance. But. It is a stunning, if lonely place.

You’ll have sundowners and walks on the beach to explore the coastline. Staying with the shipwreck theme, you’ll visit the remains of Suiderkus and Karimona. Haunting to imagine sailors stumbling through the desert searching for a chance to live. Suiderkus was particularly unlucky. She ran aground in the 1970s - on her maiden voyage... You’ll have a 4x4 trip to the Hoanib River Delta. Here there are dozens of clay castles which are tens of thousands of years old. And you can’t go to Mowe Bay without a stop off at the seal colony. German ship, The Mowe, made the first official sightings of cape fur seals in 1884. A drive along the Hoarusib River will give you the chance to track the desert adapted elephant. You’ll no doubt see the odd giraffe too.

And, just as your appetite has been whetted by those elephants, it’s time to head to Etosha.

On the way: You’ll be driven to the airstrip for a 1hr 25 minute flight from Mowe Bay to Ondangwa. After a refuel, it’s a half hour flight to the eastern side of Etosha. A drive to the lodge. A chance to unwind and get ready to watch the wild world.

When you're there: Park fees, all meals and local branded drinks are included. As are morning/ afternoon Etosha drives and daily sundowner drives on the private reserves. Etosha means ‘Great White Place’ and is dominated by a massive mineral pan. One of the best things about it is you don’t really have to try and find the animals. They will pretty much come to you. It’s massive, more than 20,000 sq km. Park your car by a waterhole. Wait and watch. Lion, elephant, rhino, cheetah, wildebeest, leopard. They all come to drink. And they like a drink so they’ll stay long enough for you to fumble in your bag and grab your camera. Snap. Memories.

And that’s your lot. After a morning activity you’ll be driven to the airstrip for your flight back to Windhoek.

On the way: Private charter flight from Etosha to Windhoek International Airport. You need to be at the airport 2 hours before international departures. 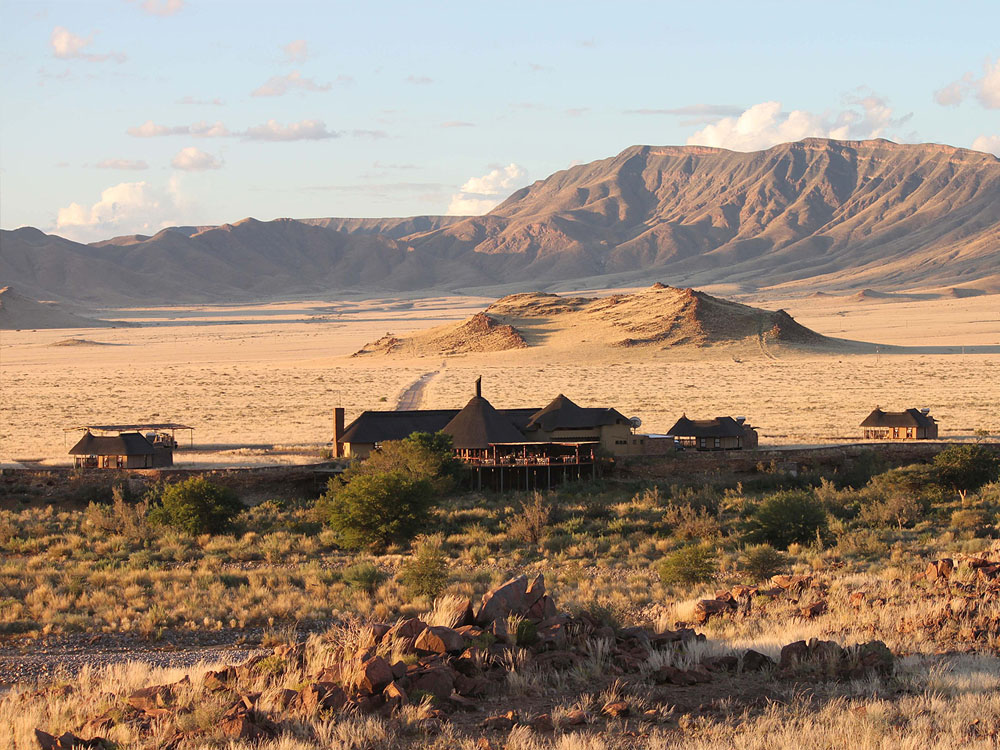 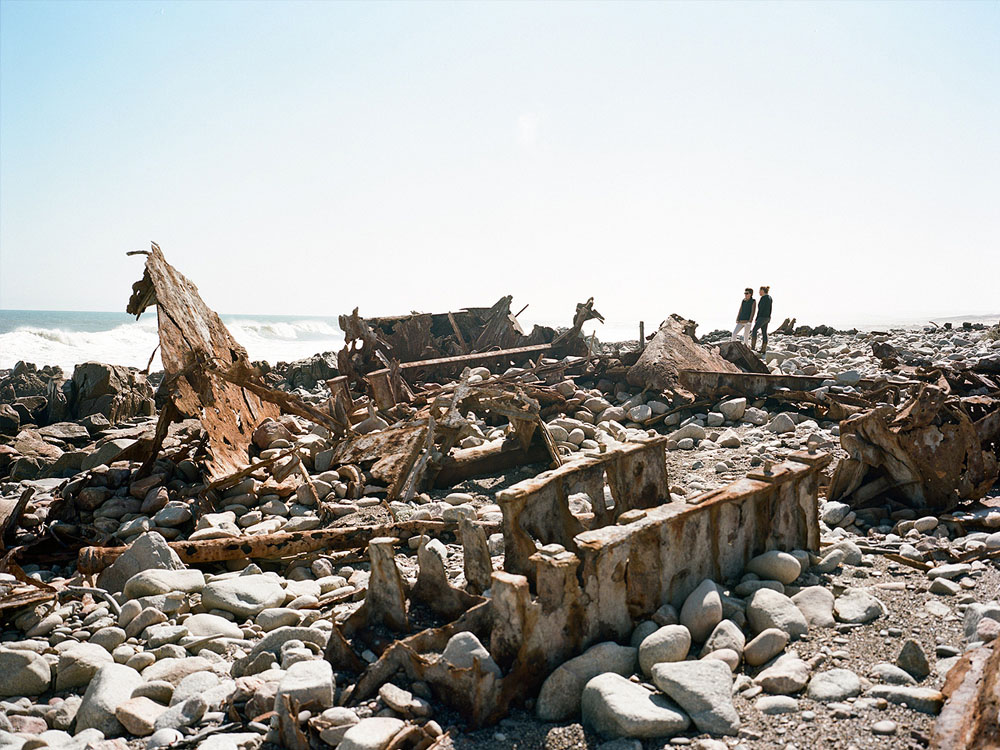 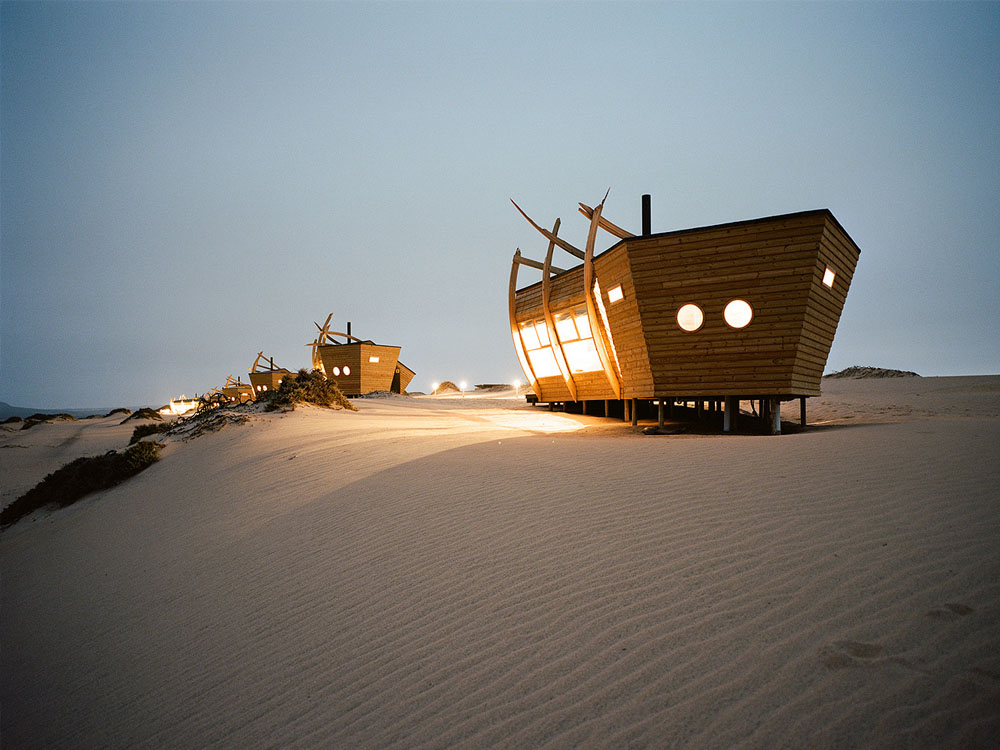 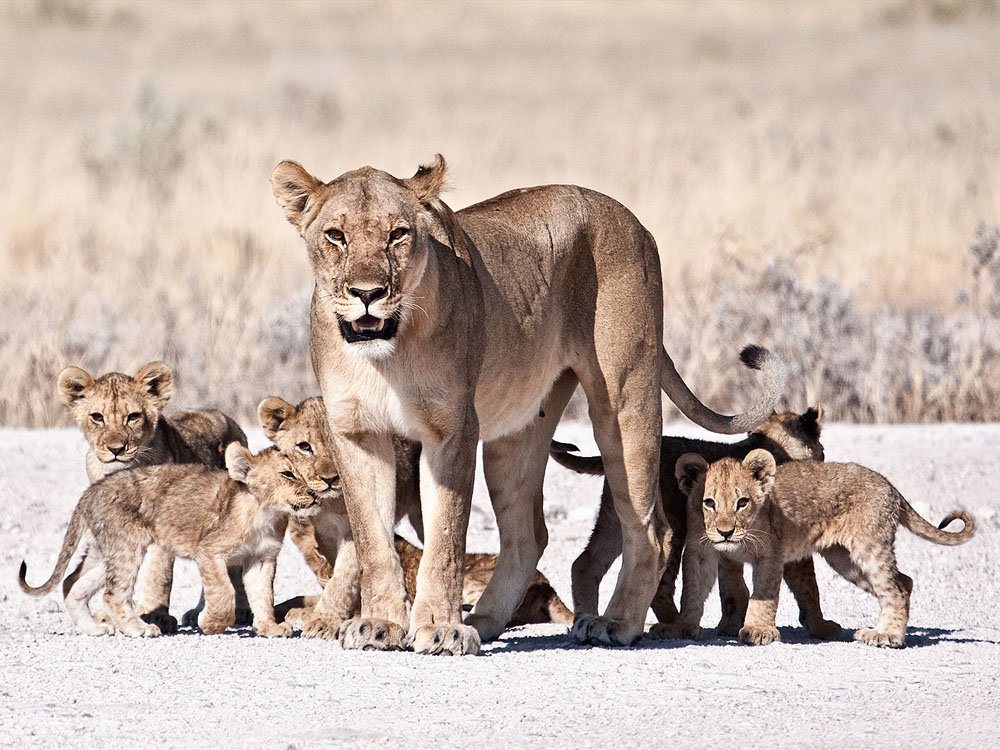