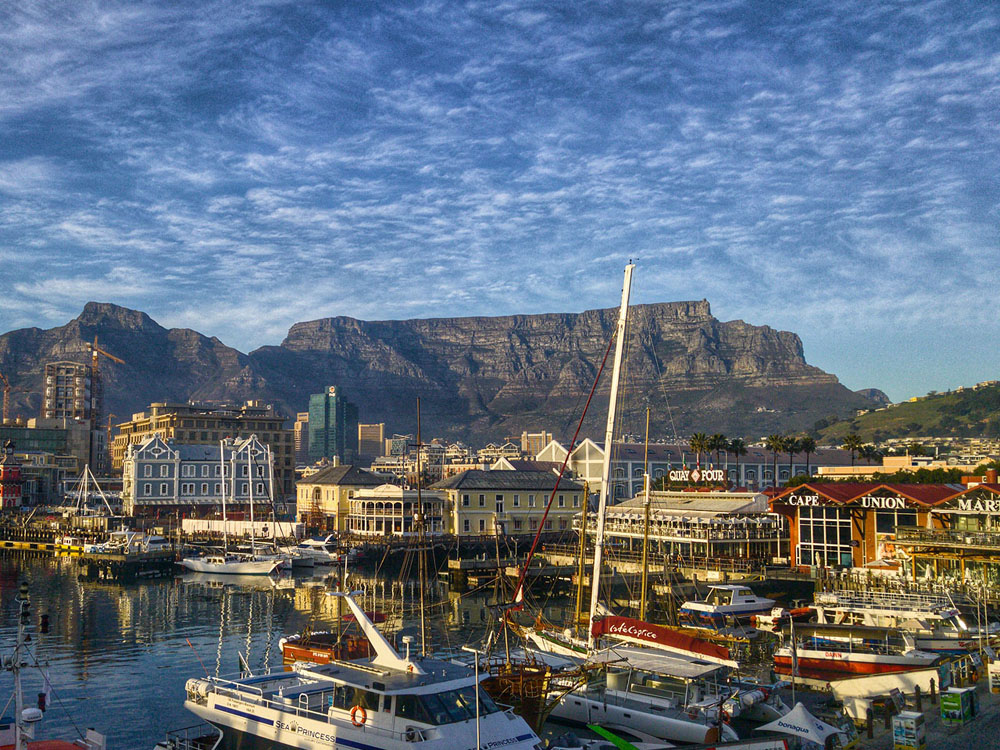 Cape Town and the Kruger. What a veritable little feast this 6 day jaunt will be. Three days in South Africa’s oldest city and two in its greatest national park. The yin and yang of holiday options. Chic and wild. Cultured and raw. Rich and rich. In different ways. The seemingly opposite actually complement, interconnect. They hold hands and skip a merry tune. The ideal trip if you can’t decide. And perfect if you and your partner are poles apart.

Whether this is your first time to Cape Town or you're a seasoned regular, there’s bound to be something or somewhere new to explore. You’ll be based here for three days now so settle in and make a plan. Or just go with the flow and see what comes up.

On the way: You’ll arrive at Cape Town Airport and be met by your driver. You’ll then be taken to your accommodation. You’ll be staying here on a bed and breakfast basis.

When you're there: You could start at the V&A Waterfront. Lots of food, lots of shops. It’s still a busy commercial harbour as well as a hub of entertainment options including cinemas and theatres. Incredibly, it’s become South Africa's most visited destination. It’s also the departure point for the Robben Island cruises.

This is where Nelson Mandela was for 18 of the 27 years he was incarcerated. Two other future presidents were also held here. Kgalema Motlanthe and Jacob Zuma.

It was also used as a leprosarium, psychiatric hospital and military defence post. A huge part of both Cape Town and South African history. A UNESCO World Heritage Site and a sobering thought.

If you want to learn more about South Africa’s history you could then head to the SA Museum and Bo-Kaap.

And if you need a break from all the study the Kirstenbosch National Botanical Gardens are just a short drive from the city centre. The gardens are part of the UNESCO World Heritage Cape Floral Region and have been described as one of the seven most magnificent botanical gardens in the world. Which is quite an accolade.

If the sun is about to set, scurry over to Signal Hill. From here you can see pretty much everything: the city, Table Mountain, Robben Island and the ocean.

Next morning you could wander over to the cable car and head up to the Table summit.

If you’re feeling energetic you can hike it too. But this is best for those who know their climbing as the weather can change quickly here.

A less challenging hike is Lion’s Head. Along the way you’ll come across hidden caves with good views of Table Mountain. Camera out. Click.

We can arrange trips for you. You could go sea kayaking, hiking, take a sidecar tour or even a Cape Malay cooking course.

Drive along the Cape Peninsula and visit the African penguins at Boulders Beach. The drive will take you through the Cape Floral Region, one of the richest plant areas in the world and another UNESCO World Heritage Site. It’s all huge cliffs and crazy bends and turns. Loads of lookouts.

Explore Cape Town on your own with the red hop-on hop-off buses or let us arrange a professional guide to take you round.

Wow. You’re in the biggest and oldest national park in the world. Every year a million people visit. When it first opened there were 3 cars having a look around. They sure spread the word.

On the way: You’ll be transferred to Cape Town Airport where you’ll fly direct to Kruger National Park (own arrangement). You’ll land at Hoedspruit Airport and be met by the ranger of your lodge. Then it’s off to the accommodation to settle in.

When you're there: This afternoon you’ll join your first safari in this Big 5 reserve. In fact, you’ll be taken on a game drive every morning and evening. The animals are very relaxed about the vehicles - they’re used to them, they know they won’t be harmed - consequently you can get within 5-10 metres of the larger predators - even when they’re lunching on a recent kill.

There are 5,000 miles of paved and gravel roads. Vegetation varies from open veld to dense bush that includes mopane, acacia, marula, and baobab trees. The Big 5 abound, namely lion, leopard, elephant, rhino and buffalo. On the menu for some of them? Antelope, zebra, monkey. Giraffe minding their own business. Crocodile and hippo looking for trouble. With 500 bird species watching. Kruger is not as ‘wild’ as many spots in East Africa but it’s still a stunning place to visit.

Most lodges have a waterhole that attracts all creatures great and small, day and night. Sightings in front of your accommodation can include warthog, baboon, elephant even lion and leopard.

Night drives can be fantastic too as you get the chance to see nocturnal animals at their best - and you might be able to watch a hunt. Lion and hyena hunt now. And your chance of seeing certain animals is much higher - particularly leopard. Lots of animals feed, including buffalo, wildebeest and kudu. Impala are known to get up for a late night snack. Keeping their legs crossed that they don’t become the late night snack... Some animals sleep - cheetah, wild dogs, zebra. Elephant sometimes sleep standing up. Which seems jolly uncomfortable. Your tracker will use a powerful spotlight to search for animals.

Meals, we hope, will be a highlight - for both animals and humans. The lodges are fully inclusive with local branded drinks included. Early breakfasts, brunches and al fresco lunches. Off you trot for dinner and a drink around the camp fire. Under a starlit African sky. Stunning.

It’s not over yet. There’s time for one more morning safari and breakfast. Yes.

On the way: See if you can see what you haven’t yet seen. If you see what we mean.

When you're there: Start early and get lucky. It’s not a difficult task in the Kruger so fingers crossed. Then your ranger will drive you back to Hoedspruit Airport. Board your flight. Sit back and mull over the last six days. Scroll through your photos. Muse over sweet memories. 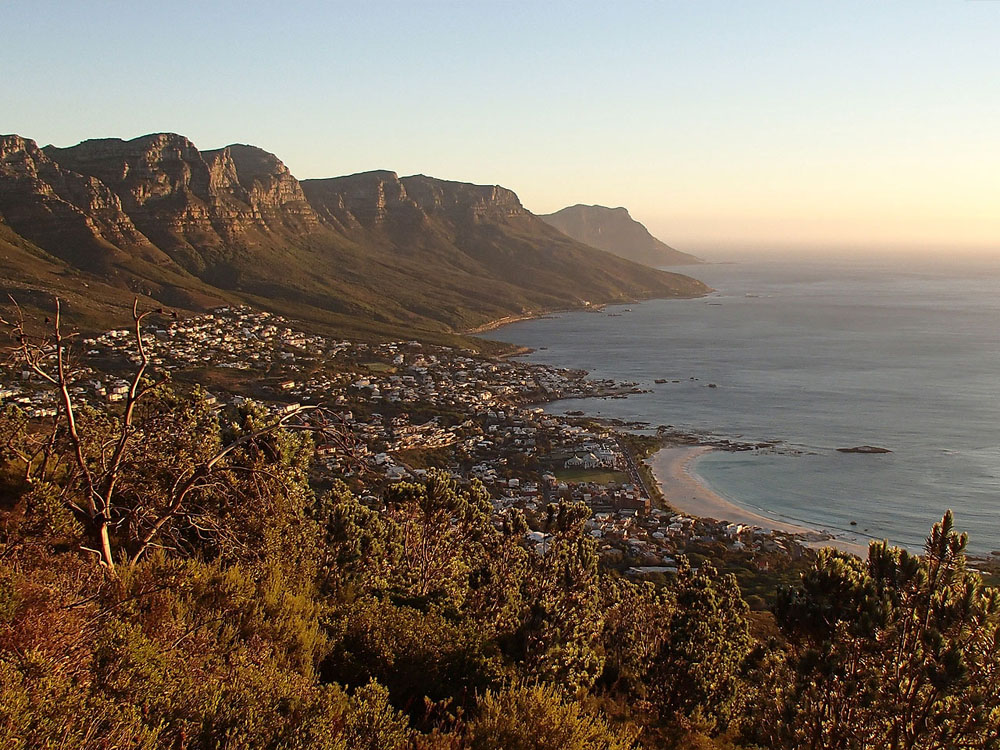 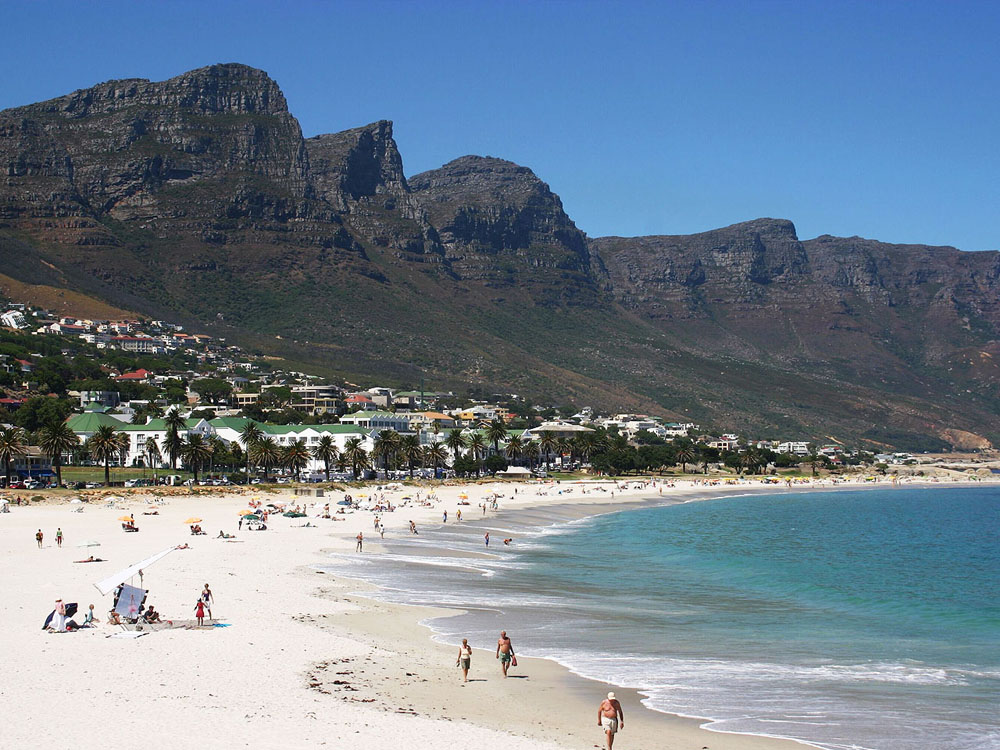 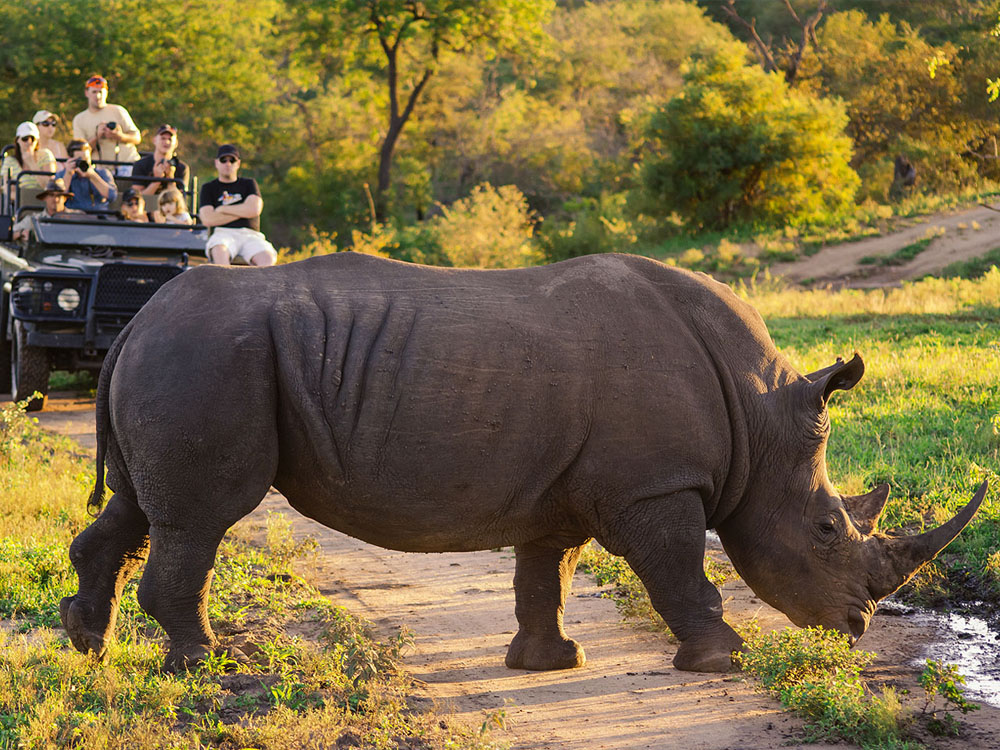 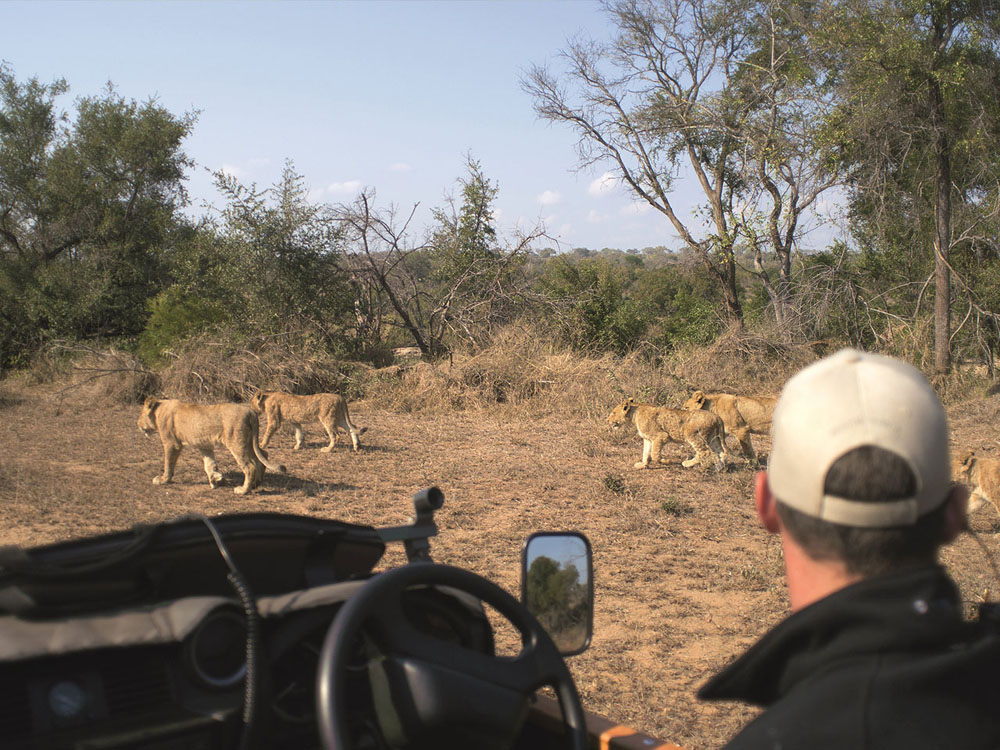