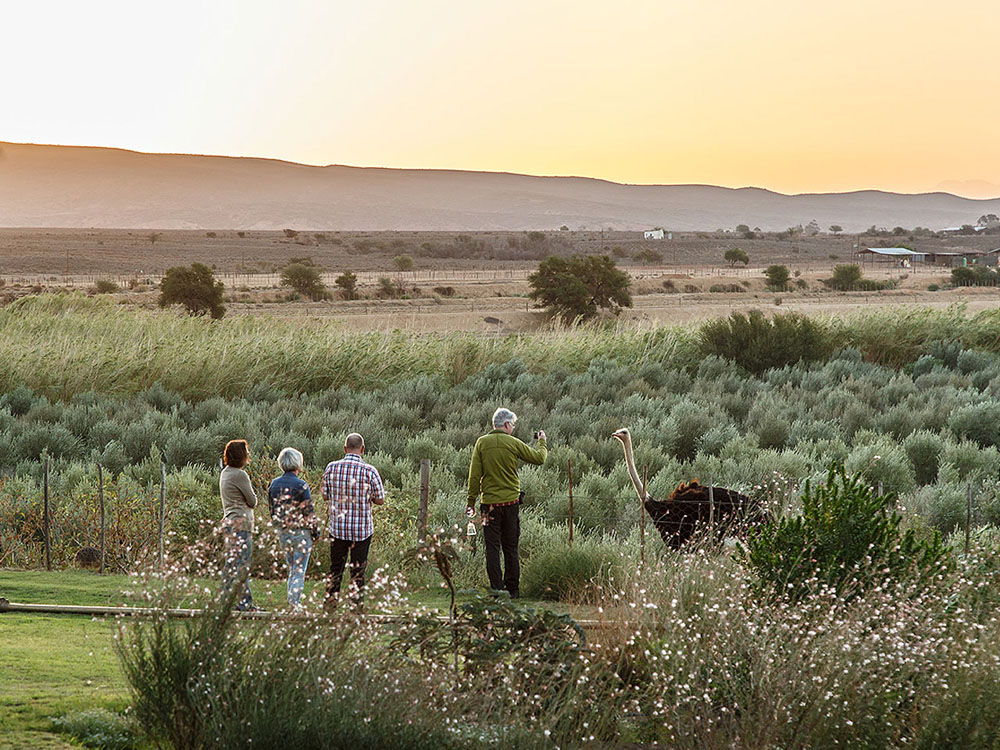 The tour begins in the African savannah at the Amakhala Game Reserve, home to many of the country’s iconic animals. Then drive along the coast to Plettenberg Bay, a town right beside the Indian Ocean before visiting Knysna and the famous Knysna Heads sea cliffs. Next stop is Mossel Bay where the Garden Route comes to an end. You’ll be driving inland now to Oudtshoorn, the ostrich capital of South Africa and the impressive Cango Caves before heading to the Cape Winelands and Stellenbosch. And then it's the Cape Peninsula and the penguins of Boulders Beach before arriving in the Mother City, Cape Town.

It’s an easy start and a quick drive to Amakhala where you’ll stay for 3 nights. This is the Greater Addo area and the reserve is home to lion, elephant, rhino, buffalo, cheetah, giraffe, zebra, wildebeest, monkeys, tortoise and plenty of antelope species. Hyena and bat eared fox too but they’re more elusive.

On the way: You’ll arrive at Port Elizabeth Airport, collect your rental car and travel to Amakhala Game Reserve. It only takes about an hour. Amakhala Game Reserve is home to over 60 mammal species. Cheetah is one of Amakhala's key conservation species and, along with giraffe, they form the 'magnificent 7'. This place is very into conservation. They have an initiative to reintroduce animals where they once roamed freely. Check in at Woodbury, a lodge set against a cliff above the Bushman’s River Valley. Oh, and welcome to the heart of the Eastern Cape bushveld and your Garden Route safari.

When you're there: Seeing as you’re in the cliff you’ll get great views from your accommodation. Settle in, unwind, let your holiday begin. This afternoon you’ll have your first game drive in an open safari vehicle with a ranger. You’re here 3 nights so will have 6 game drives included, as well as all your meals. You can swap a game drive for a cruise down Bushman’s River - but this depends on the water levels. Lots of bird hang around the river, 239 species have been recorded. Night drives and guided bush walks are also available at an extra charge.

Enjoy your last morning at Amakhala, today you’re heading to the seaside along the Garden Route.

On the way: Drive along the coast to Plettenberg Bay. There are lots of great places to visit and Tsitsikamma National Park should definitely be on your list. It has a marine reserve, deep gorges and incredible vegetation like the Big Tree, a towering yellowwood. Drive on until you reach Lily Pond Country Lodge in Nature’s Valley.

When you're there: Lily Pond Country Lodge is in 12 hectares of gardens and forest. You can walk under the trees or along the beach and you’ll be here for 2 nights. It’s a good base, there’s a lot to see and do including the Elephant Sanctuary and Monkeyland, the lagoon at Knysna, Knysna Heads and Featherbed Nature Reserve. If you like hiking there are lots of different trails around here, particularly at the Robberg Nature Reserve. Or just relax on one of the Plett beaches - often considered the best in South Africa. There’s 20 kilometres of Indian Ocean coastline to explore and, depending when you travel, the chance to see the Southern Right Whale. They arrive in the bay to look after their little ones before migrating. Whale watching is an incredible thing to witness and a life experience not to be missed. If you go on an ocean safari you can learn about the whales and other marine life too. Get even closer by taking a sea kayaking trip.

Oudtshoorn and ostriches are pretty synonymous. Both tall and fast - an ostrich can run 70km per hour and cover 5m in one stride. They're also the world's largest bird. They can’t fly which must make being a bird a disappointment but they do have three stomachs which surely helps?

On the way: If you haven’t already been you can now stop at Knysna as well as Sedgefield and Wilderness. Then travel inland over the Outeniqua Mountain Range to Oudtshoorn. The towns of Oudtshoorn and De Rust are in the Klein Karoo between the Swartberg and Outeniqua mountains.

When you're there: Your home for Day 6 is a working ostrich and alfalfa farm. You might be lucky to be there when the chicks start hatching. You could also go on a Sunrise Meerkat Tour, visit Highgate Ostrich Farm and don’t miss the Cango Caves. The whole region is fascinating because it’s an ecological hotspot. It’s here that three distinct plant biomes - succulent karoo, cape thicket and fynbos - converge.

You’re about to drive through the longest Wine Route in the world. Route 62, through the Karoo.

On the way: Route 62 is the former main route connecting Port Elizabeth to the Cape. You’ll pass lots of little towns and it’s all very charming. Head for Evergreen Manor in Stellenbosch, the second oldest town in South Africa.

When you're there: Stellenbosch is one of South Africa’s most famous tourist destinations. It’s also one of the world’s top New World food and wine hubs. It gets a lot of respect for its grub. You’ll be staying for 2 full days. Firstly, park up and just walk. Restaurants, shops and historical buildings are right there. Secondly, explore the Wine Route and visit the many award winning estates. Learn about the art of making the great stuff and indulge in olives and cheese too.

You’ve heard it said it’s about the journey not the destination, but in this case it’s both. The next few days are all journey AND destination.

On the way: Today you’ll have another beauty of a drive to look forward to. Stellenbosh to Cape Town via the Cape Peninsula makes a stunning road trip. You must stop at Boulders Beach and penguin watch. They are cute, amusing and seem proud of the little colony they’ve got going here and who can blame them? There are colourful beach houses at St James which are rather lovely too. Then head to SA’s southern tip and visit the Cape of Good Hope before driving to Hout Bay via Kommetjie and over Chapmans Peak. Hang out, Hout Bay style, and then head to your hotel in Cape Town.

When you're there: You’ll have 3 nights in The Three Boutique Hotel. It’s an historic building having been around since the 1700s and is now an 18-bedroom boutique hotel in the suburb of Oranjezicht which is central.

The owners are very convivial, they spent years working on cruise ships, so you’ll be well looked after despite being in a big, modern city and there’s a rooftop terrace looking at Table Mountain.

In Cape Town you could visit the V&A Waterfront, travel across the water to learn about Robben Island and take the Table Mountain aerial cable car to the top. You could also visit Company Gardens and the SA Museum or hop on one of those red hop-on-hop-off buses. The hotel can help you book a guided tour of the city or of one of the townships too.

You’re done. Just shy of a fortnight away but what a trip. Cape Town International Airport is just 17km away, drive over, hand back your car and check in for your flight - reminiscing about the merry roads of sweet SA. 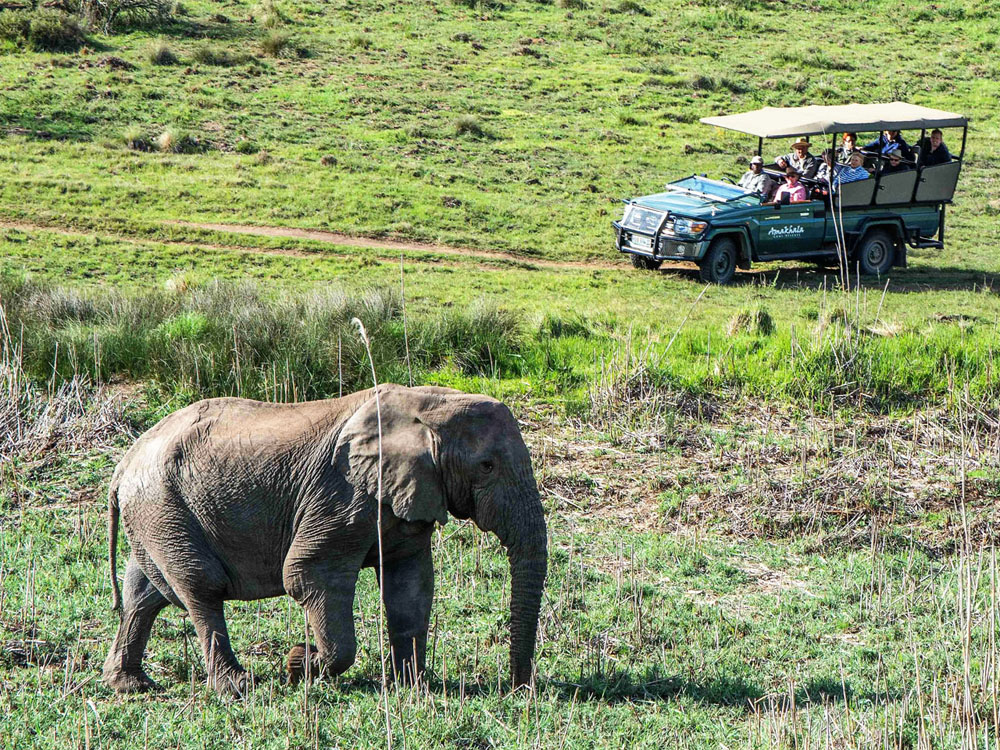 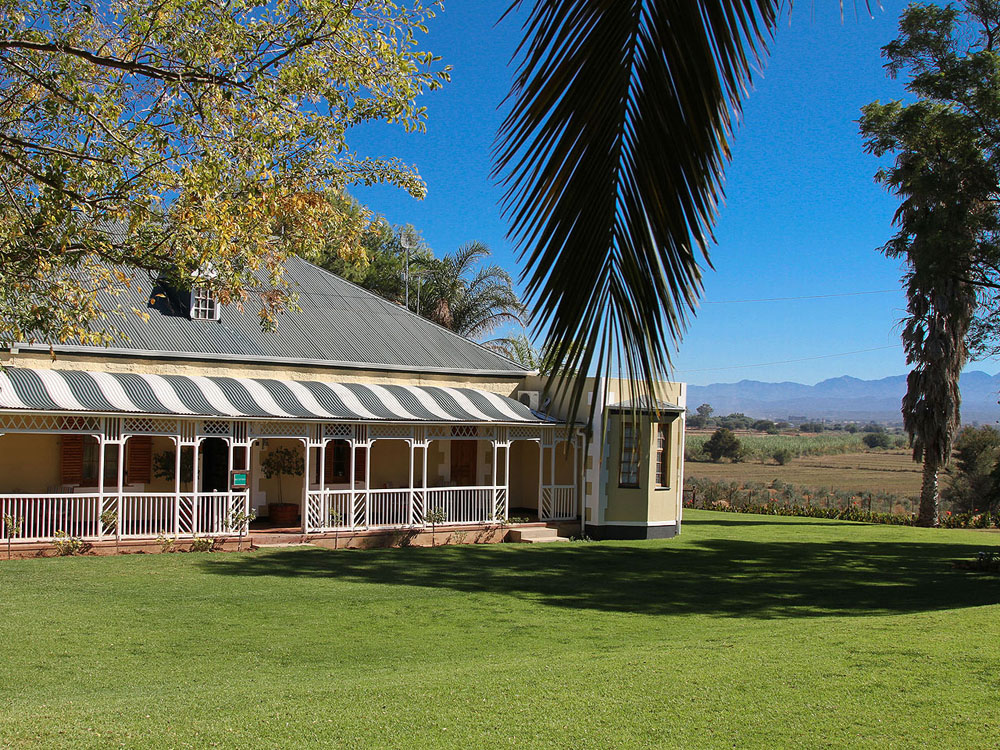 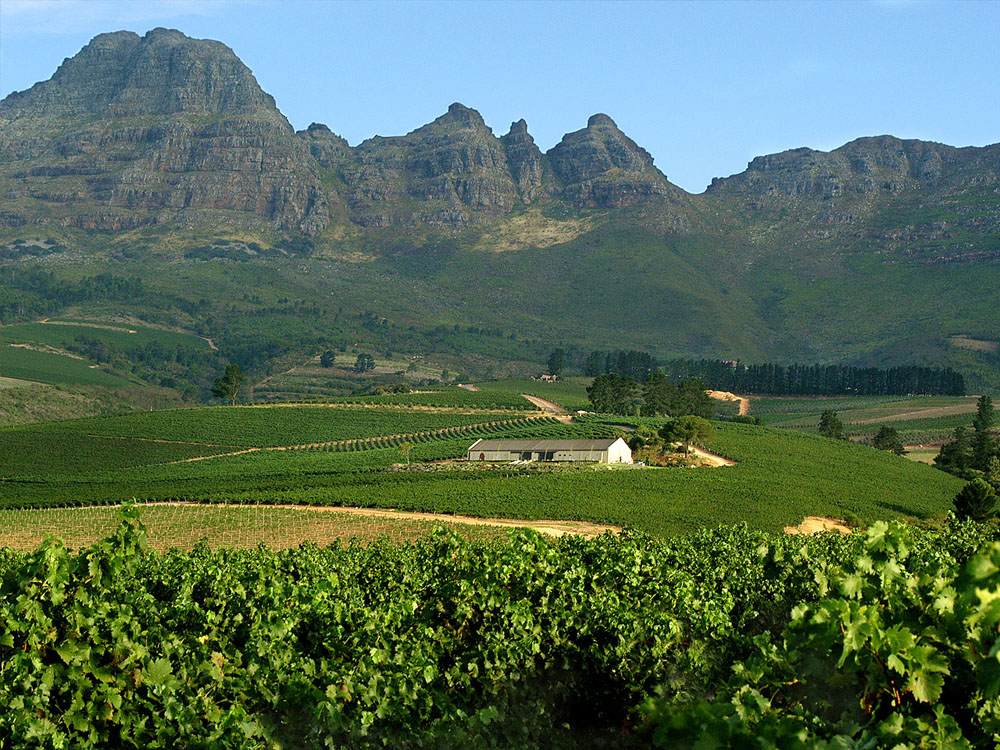 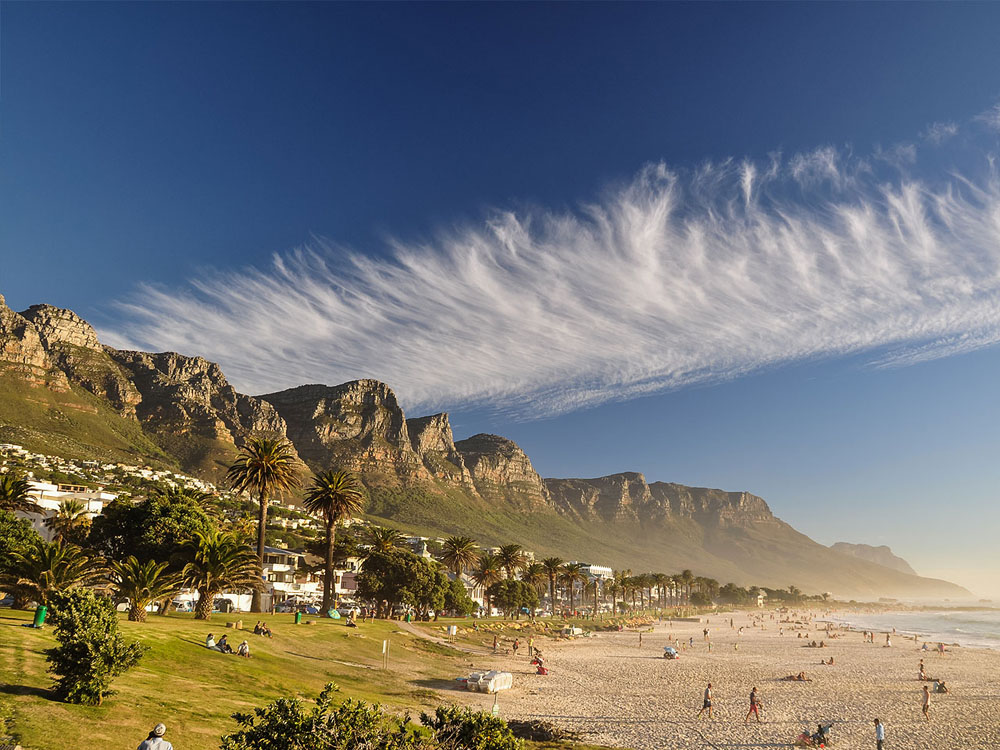