Wabi Game Logde is now closed. Contact us to assist in finding a suitable alternative. 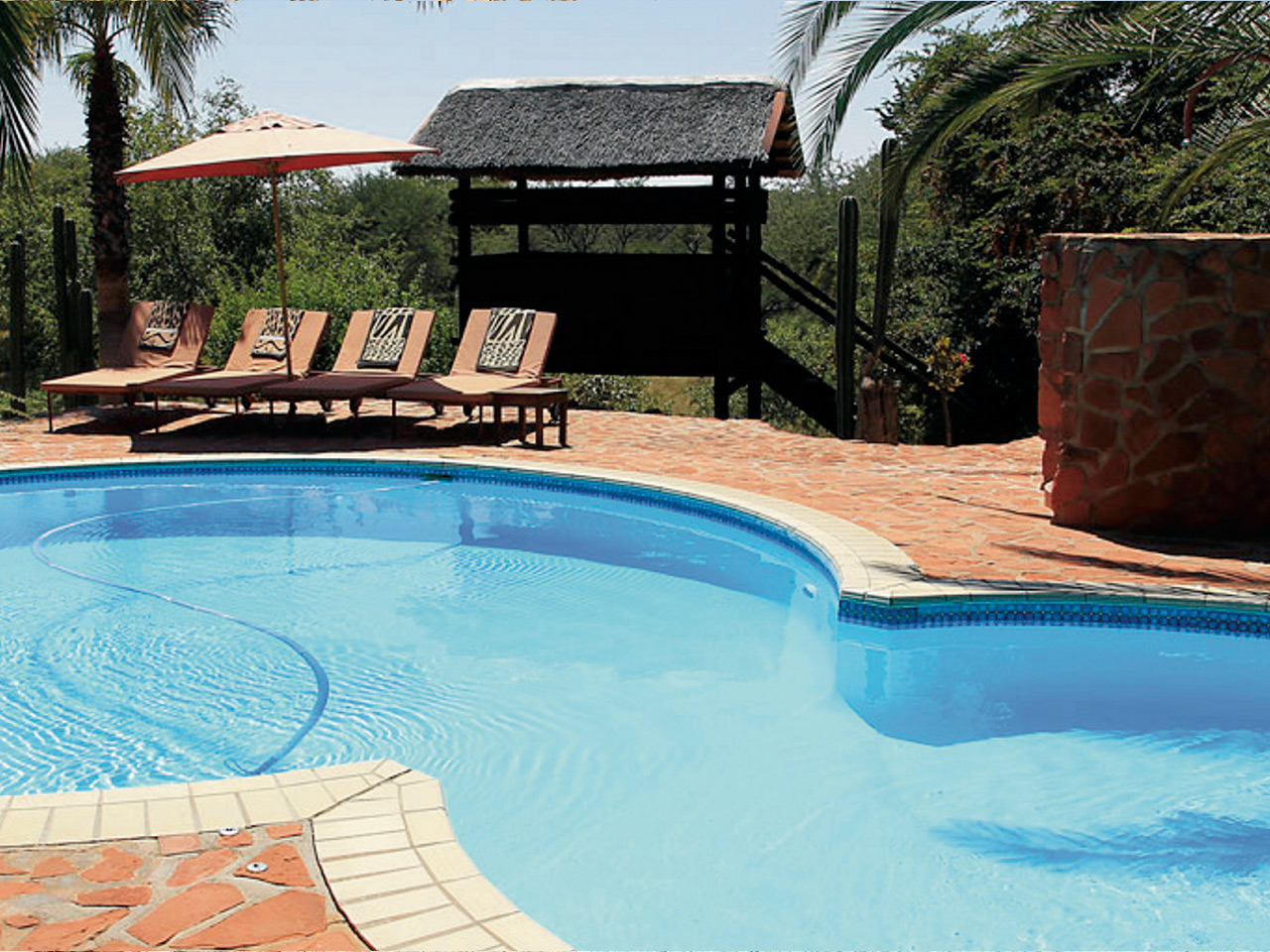 This is an old-school lodge in the middle of nowhere. This is rural Africa. Here the massive Waterberg Plateau looms. It's all red sandstone and brilliant, fiery rock formations.

Waterberg Plateau is not only rural it's pretty inaccessible too. So much so, that in the 1970s several of Namibia's endangered species were translocated here. The idea being to give them a fighting chance against both predators and poachers. The programme was a success and Waterberg ended up supplying other Namibian parks with rare species.

So Wabi Game Lodge is a special place, even if the décor is a bit dated. The now pristine nature reserve began life as a game farm in 1987 and continued up until 2007 when all hunting activities came to a complete stop.

There’s a lotta lush going on, both in the garden and surrounding area. Protected camel thorn trees and acacias. And lots of colour. Blue plumbago, fuchsia, hibiscus, laurel roses all grow in abundance. Nyala antelopes like to creep through the bush thickets along the river bed. At night, porcupine, springhare, genet cat and bush babies live in the garden.

Uncomplicated, it isn't a luxury stay but it's neat and tidy offering comfort, good food and an inviting swimming pool.

Wabi Lodge has 8 air conditioned bungalows. These have en suite bathrooms. Both the food and decor reflect the Swiss heritage of owners, Mark and Christine; swimming pool; restaurant; waterholes

Waterberg Plateau Park is ecologically diverse, rich and has over 200 bird species and some rare antelope species on the lower hills of the mountain. Birds which like it here, include hornbills, touracos, babblers and glossing starling.

Take a game drive. You could see hippo, sable, roan. Also look out for water buffalo, waterbuck, giraffe and zebra. If you’re really lucky you could see leopard, cheetah and brown hyena. Keep your eyes peeled later with a sundowner at Hippolake.

Or go on a hiking tour in the dry riverbed by the lodge or on and around the Waterberg Plateau. You could go on mountain drives too. This is an untouched wilderness. Have a mountain sundowner whilst you’re at it. The roads along the edge of the escarpment offer superb views of high, rocky peaks of red sandstone eroded into fantastic shapes and laced with the clinging vines of climbing figs. Listen to the eerie wail of the jackals. 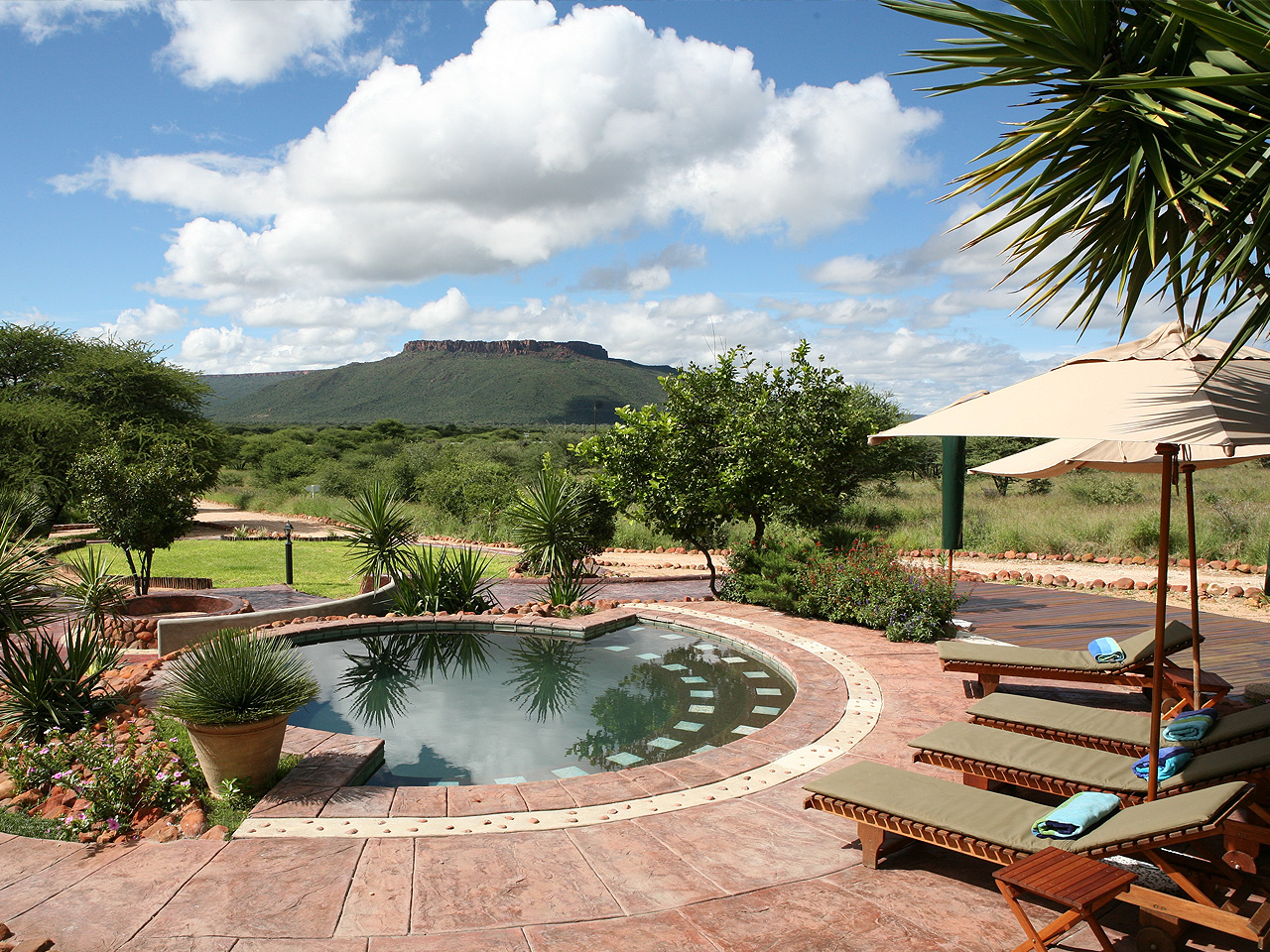 Waterberg Guest Farm is a small lodge on a big farm close to the Waterberg Plateau. Owned and run by Harry and Hannah Schneider-Waterberg, this tranquil chunk of paradise has been in the family for four generations.
Our review of this property has not yet been added. Watch this space. We're working on it. 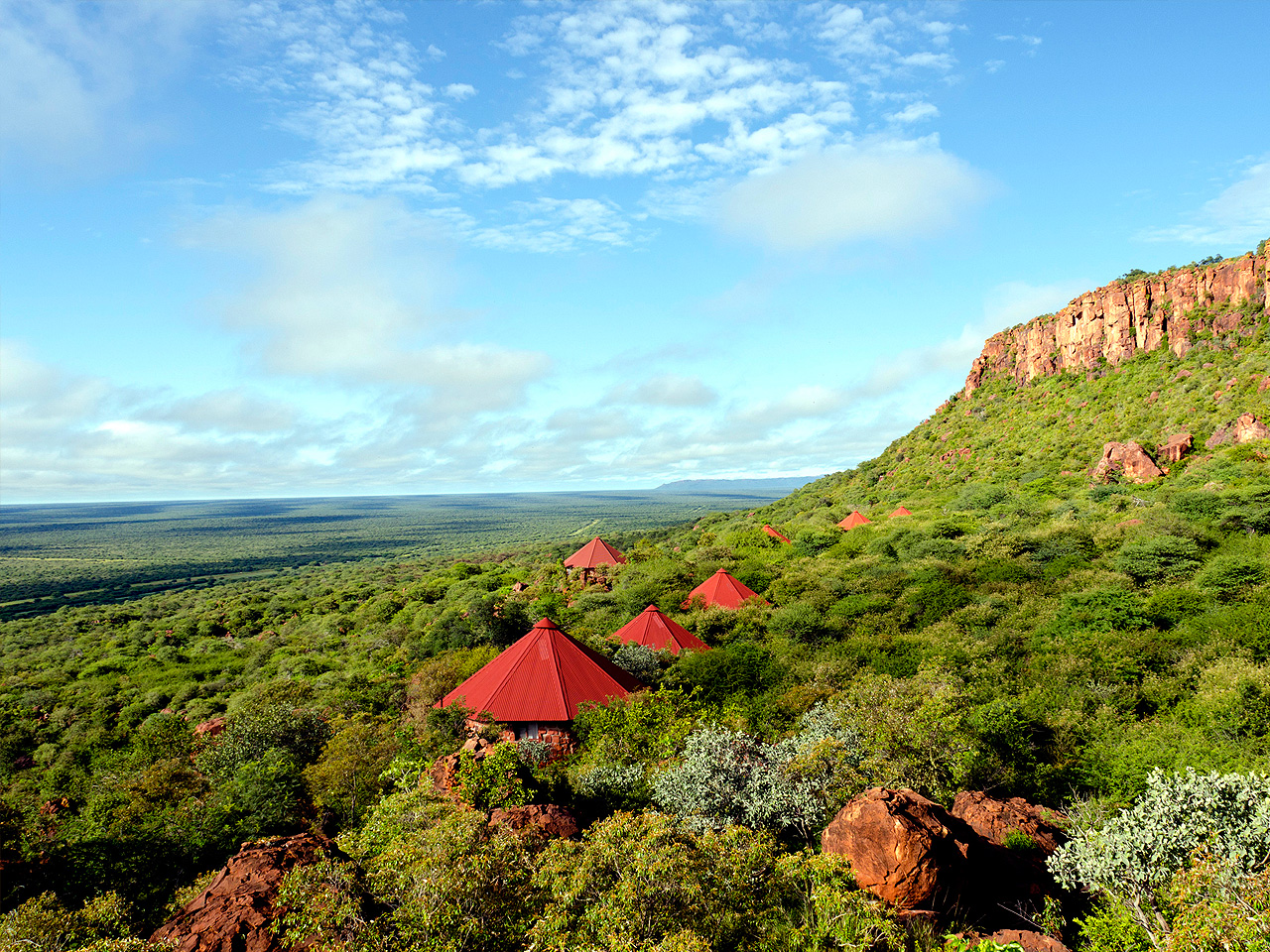 Hidden amongst the lush green foliage and the rocky red outcrops, Waterberg Plateau Lodge is a private and quiet experience with a view worth gold. Add animals, a chance to spot rhino and your own private pool: bliss.
Our review of this property has not yet been added. Watch this space. We're working on it. 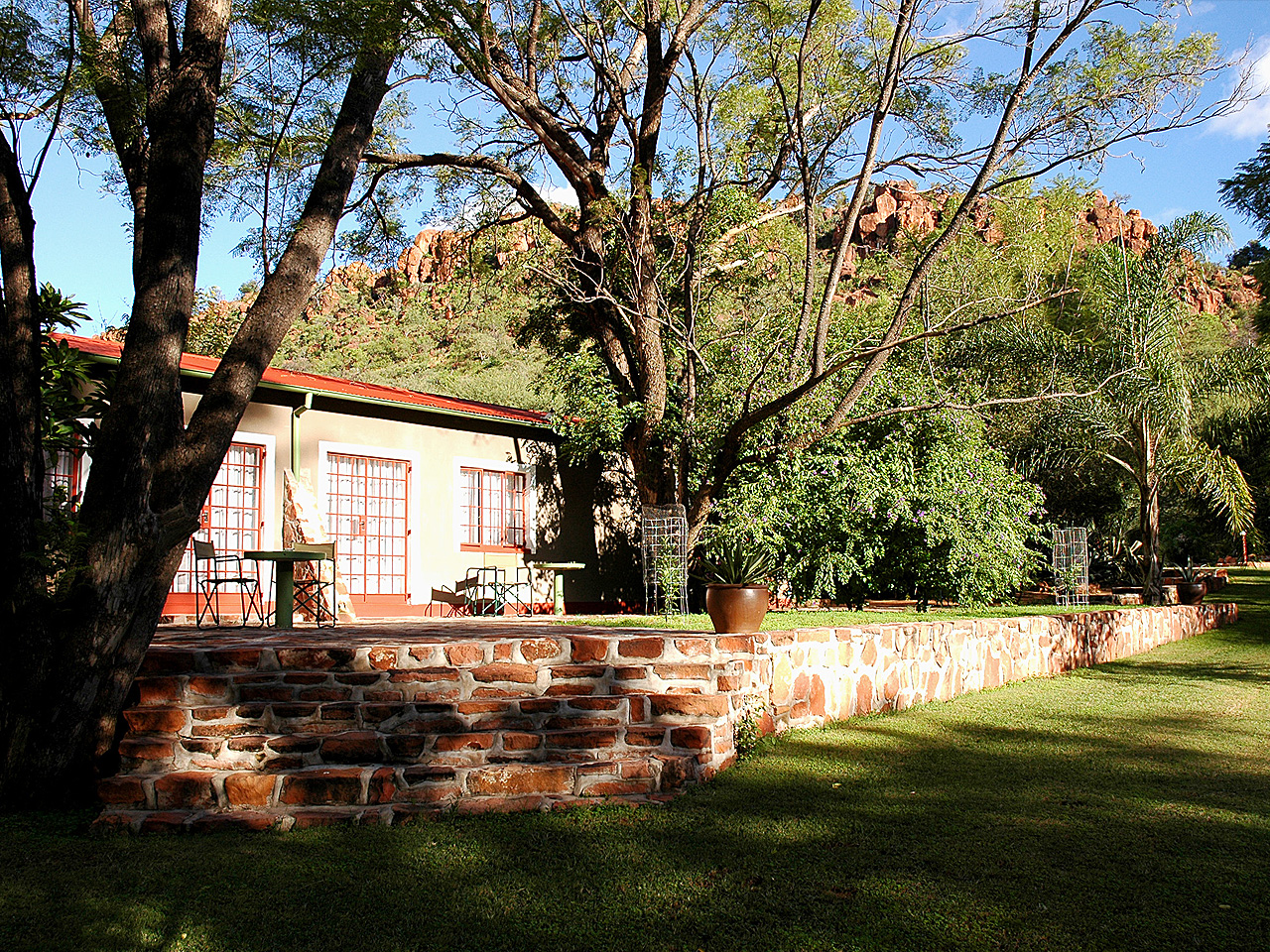 Comprising two separate lodges, one in the valley and one built into the Waterberg Massif itself, Waterberg Wilderness Lodge in central Namibia is a destination and stopover rolled into one.
Our review of this property has not yet been added. Watch this space. We're working on it.